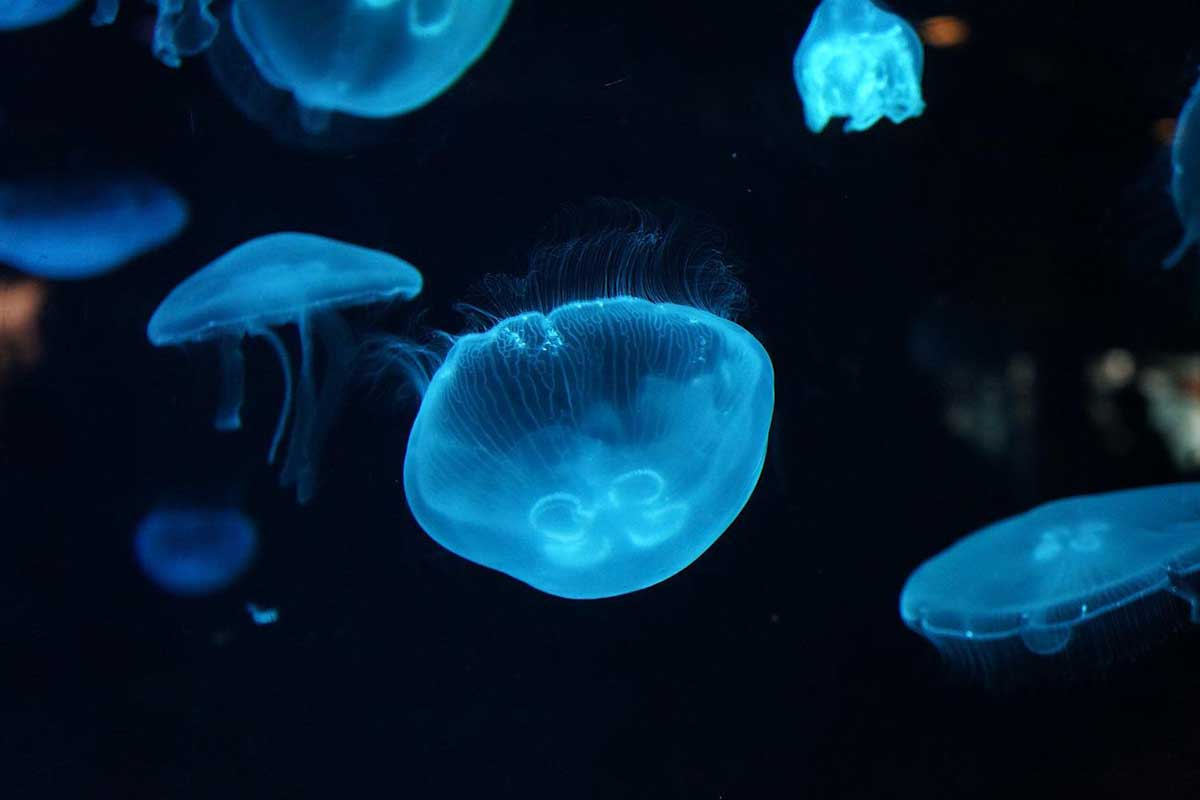 The ocean is home to an incredible array of diverse species. The actual number of species in the ocean is unknown, but it is estimated that there are close to 1.5 million different species in our oceans. Many of these species are mysterious, unique, or almost alien-like. One of these fascinating creatures that you may or may not have heard of is the immortal jellyfish.

In this article, we will be introducing you to the immortal jellyfish and some facts about their impressive and unique biology.

What is an immortal jellyfish?

While it is generally understood that no living thing is immortal, there is always an exception to every rule. The immortal jellyfish (Turritopsis dohrnii), also known as the Benjamin Button jellyfish, is an exception to this rule. They are very small (<1 inch), bell shaped jellyfish that inhabit temperate and tropical waters all over the world.

10 Facts about the immortal jellyfish

1 They are biologically immortal

As the name suggests, these fascinating animals are immortal. However, they are biologically immortal meaning that they do not die of old age This does not mean that they are incapable of being killed, and are still subject to dying of sickness or by being killed by predators.

The polyp phase is the beginning of their life cycle or juvenile phase, whereas the medusa phase is their adult phase and where they take their classic jelly-fish shape. Immortal jellyfish stay immortal by switching back between life stages and keeping the cycle going. This process is called transdifferentiation.

This species is thought to originate in the Mediterranean sea, but are now found in tropical and temperate waters all over the world. Jellyfish are not known to be the most effective swimmers, so at first thought it is a mystery of how they managed to spread so far. But they have been found to hitchhike in large ships that carry ballast water and cargo. This has proved to be an effective way for these tiny little sea creatures to spread far and wide.

Immortal jellyfish were first discovered and described as a species in 1883. But it wasn’t until the 1990’s that scientists discovered their incredible capabilities!

5 They reproduce both sexually and asexually

Most species do not change the way they reproduce, but immortal jellyfish are unique in many ways! In the polyp phase, they can reproduce asexually by budding. Budding occurs after there is an extra growth of cells that are continuously regenerating  in a particular spot on the body. These growths or “buds” break off and thus produce a new offspring.

However, in the medusa or adult phase, immortal jellyfish reproduce sexually through spawning when sperm and eggs are released into the surrounding water and become fertilized.

6 It is unknown how old the oldest immortal jellyfish is

It can be very difficult to track the age of wild animals, so oftentimes estimates come from animals in captivity or the lab. Obviously, when dealing with something immortal, it is even harder to try to figure out how old they are. But immortal jellyfish are also notoriously difficult to take care of in captivity. In fact, only a biologist from Japan has successfully kept a colony of them for a longer period of time.

7 They switch life phases in response to stress

Immortal jellyfish don’t just switch life phases for nothing. Instead, they will flip back and forth between their juvenile and adult phase based on present stressors. In times when food availability is low or conditions are poor, they will revert to their polyp phase and absorb their tentacles.

8 They feed on tiny sea creatures

With their small size, it is no surprise that immortal jellyfish feed on other small organisms. They feed by using their tentacles to sting plankton, fish eggs, and larvae before eating them.

9 They are genetically similar but are different in appearance

Scientists have discovered that all immortal jellyfish are essentially genetically identical. This is somewhat of a mystery, and it’s even been hypothesized that their genetic relatedness could be from just a relatively small number of immortal jellyfish continuously reproducing throughout their never ending life cycle.

Despite the fact that they are essentially genetically the same, they differ in appearance. For example, in tropical waters immortal jellyfish tend to have fewer tentacles than their counterparts in cooler, temperate waters.

10 They are being used in important medical research

The ability to be immortal is certainly an intriguing and thought provoking phenomenon from a medical standpoint. This has led to scientists studying them in attempt to find cures for certain diseases like Parkinson’s disease by finding a way to replace lost and/or damaged brain cells.