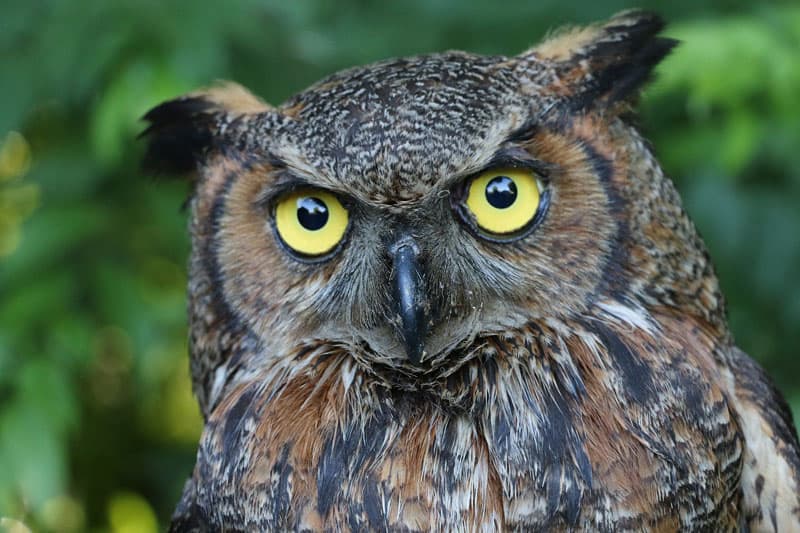 When thinking of a list of animals that start with G, giraffes and gazelles might come to mind. But, how about species you can find in North America? Here’s a list of 21 North American species from Canada, Mexico and the U.S. that all have names starting with the letter G.

Let’s see how many you already know!

21 examples of animals that start with the letter G

From powerful predators to small insects, here’s a list of 21 animals in North America starting with G. 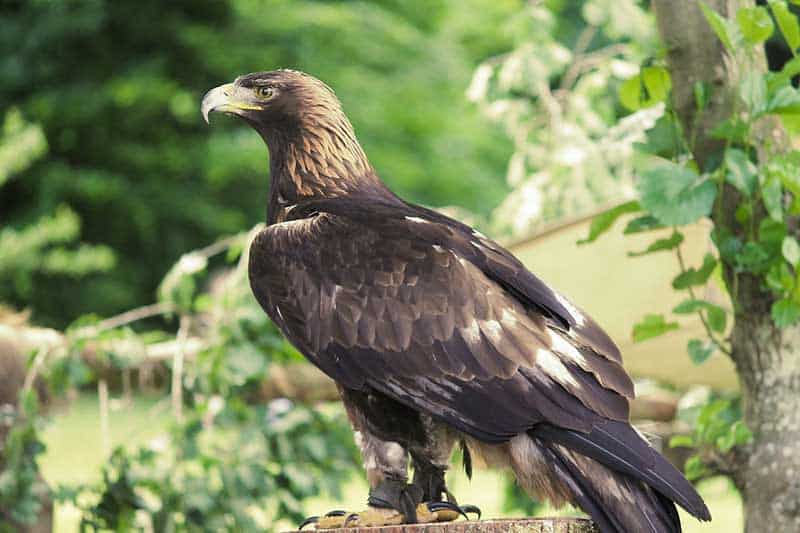 Golden eagles are large, dark brown birds weighing around 8 to 11 pounds and having 6 to 9 feet wingspans. They are powerful predators with amazing eyesight, long claws, and a large, hooked beak they use to rip their prey. You can find them anywhere north of the equator, including throughout North America.

Gray foxes have silvery-gray fur and reddish fur on their legs and chest. Unlike other fox species, they can readily climb trees and eat a lot of plants and fruits as well as mice and rats. You can find these foxes in densely forested areas throughout most of North America, especially in eastern U.S. states. 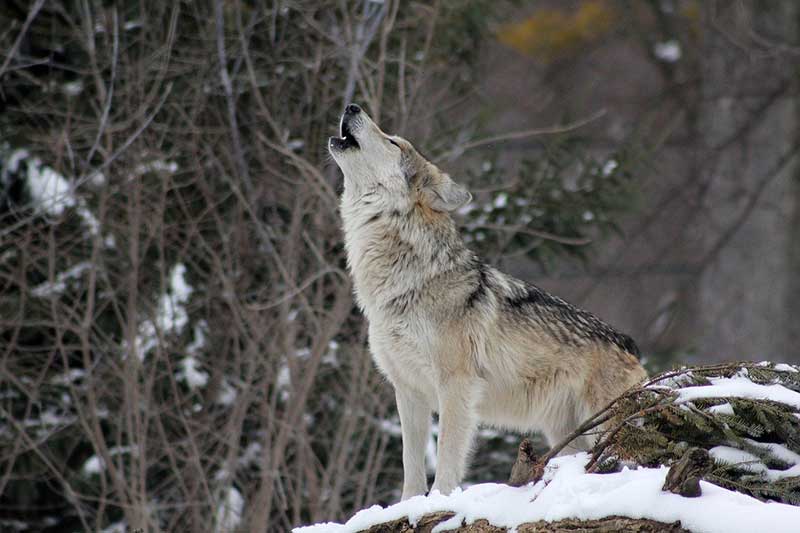 Gray wolves, one of only 2 distinct species of wolves in the world with the other being the red wolf, are a mix of gray and brown with large bushy tails. They are the largest wild canine species, growing up to 2.8 feet tall. You can find them in remote wilderness areas in Canada, Alaska, and northern U.S. states, such as Michigan, Oregon, and Idaho.

Grizzly bears are a subspecies of the brown bear, growing up to 3.3 feet tall and weighing up to 1,300 pounds. Despite their size, they can run up to 35 miles per hour and easily climb trees. Their population used to be abundant throughout North America, but now they can be found mostly in Alaska, Montana, Wyoming, Idaho, Washington, and western Canada.

Green sturgeons are native to the northern Pacific Ocean, including around Canada and the U.S. However, these fish can live in both saltwater and freshwater habitats, including the Sacramento River system. They are the longest-living freshwater fish with lifespans up to 70 years. 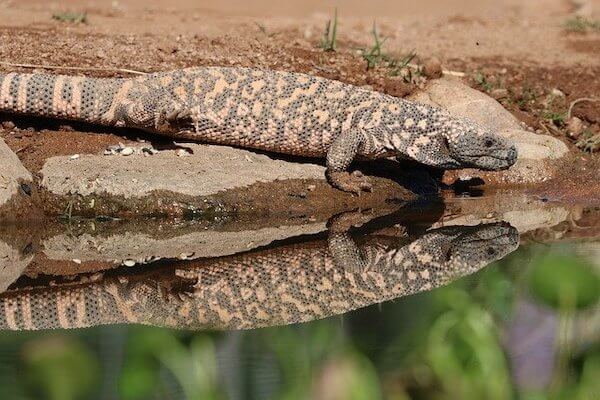 Gila monsters are large black and reddish-orange lizards with venom glands in their mouths. You can find them in desert habitats in southwestern U.S. states, such as California, Utah, Arizona, and New Mexico. They are the largest lizard species native to the U.S, growing up to 22 inches long.

Gulf Coast solitary bees are medium-sized bees with bodies covered in branched, dense hairs. You can mainly find them along the Gulf of Mexico and various Mississippi, Alabama, and Florida counties. They feed only on the Coastal Plain honeycomb-head plant in the aster family.

The giant garter snake is one of the largest garter snake species and largest snakes native to North America, growing around 64 inches long. They are semi-aquatic, living near slow-moving water bodies in central California. You can commonly find them on agricultural rice wetlands where they hide underground when on land.

Great horned owls have long tufts by their ears that look like horns and make a distinctive deep, hooting sound. They are one of the most common North American owls, living in various habitats ranging from deserts and grasslands to wetlands and urban environments. You can find them in the arctic regions all the way down to Mexico and Central America.

The largest North American butterfly, the giant swallowtail, has a wingspan of up to 6.9 inches. They have dark brown wings with yellow markings and large yellow stripes. You can find them most commonly in the eastern U.S. states ranging up to southern Canada and less common in southwestern states.

Great white sharks are large predatory fish with 300 teeth they use to rip up their prey. Their powerful tails and torpedo-shaped bodies also let them propel up to 35 miles per hour in the water. You can find them in temperate waters worldwide and sometimes venture to colder waters, including along the Pacific coast from Alaska to southern California.

The great hammerhead shark is the largest hammerhead shark species, growing up to 20 feet long. You can find these sharks inshore and offshore, where they prefer tropical waters and coastal warm temperate waters. In the western Atlantic Ocean, they range from North Carolina to the Gulf of Mexico and Uruguay. 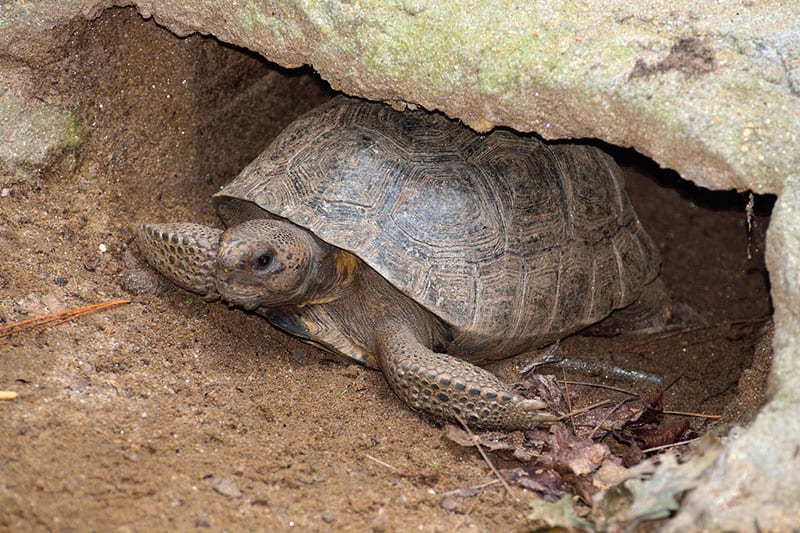 Gopher tortoises get their name because they dig deep burrows similar to gophers. They have thick back legs and shovel-like front legs that help them dig as well as low-profile shells so they can easily enter their burrow. These tortoises are native to the southeastern U.S., including Louisiana, Florida, and Alabama.

Groundhogs, also called woodchucks, are famous for living in burrows and their association with “Groundhog’s Day.” They are a large species of ground squirrels, growing up to 27 inches long and weighing 14 pounds. Their populations range from southeast Alaska, through Canada, and down to regions of eastern U.S. states.

Great blue herons are agile and tall predatory birds that feed on fish floating near the water’s surface. These birds prefer brackish or freshwater habitats. They live year-round in the U.S. and Mexico but range up to Canada during the breeding season. They get their name from their large size, growing up to 4.5 feet tall, 5 pounds, and 7 feet wingspans.

Green-winged teals are the smallest North American species of dabbling ducks. They have short necks, small bills, and cinnamon-colored heads with a green crescent. While these ducks breed in the northern areas of North America, their wintering range extends all the way down to northern South America.

Ghost-faced bats are named after their odd-looking face that has flaps of skin hanging from it. You can find these bats in tropical rain forests, desert scrub, and oak-woodland habitats in Central America, Mexico, and U.S. states of Texas and Arizona. They primarily roost in caves, abandoned mines, or old buildings.

Gray tree frogs live primarily in trees and produce a toxic skin secretion as a defense against predators. Depending on their environment, these frogs can be gray, greenish, or brown with blotchy patterns. You can find them in farmlands, forests, or rural backyards in most of the eastern U.S. and Canada. 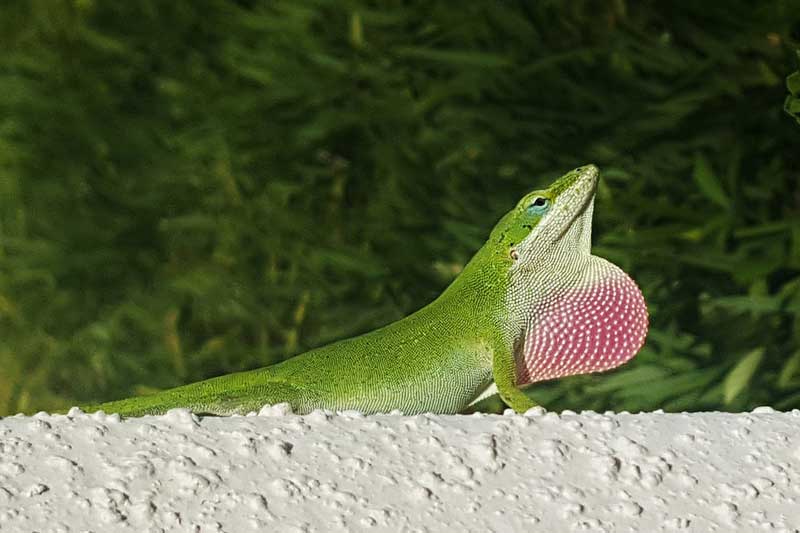 Despite their name, green anoles can change their color from green to brown. They also have bright pink throat fans called dewlaps that they use in their mating rituals. These lizards are common throughout Florida, South Carolina and Georgia, preferring highly humid forests, swamps, and wooded beaches.

Giant spotted whiptails grow up to 3.75 inches from snout to vent and have tails longer than their body. Making them the largest subspecies of whiptails in North America. You can find this teiid lizard species mainly in Arizona and Mexico. They prefer small streams or rocky, brush-covered, and grassy habitats.

Great Plains skink are tan to gray lizards growing up to 5.6 inches long. They have smooth, large overlapping scales and lack any bold body stripes. You can find them in open plains or foothill habitats in Mexico and U.S. states, including Iowa, Missouri, Colorado, Oklahoma, Texas, and Arizona.