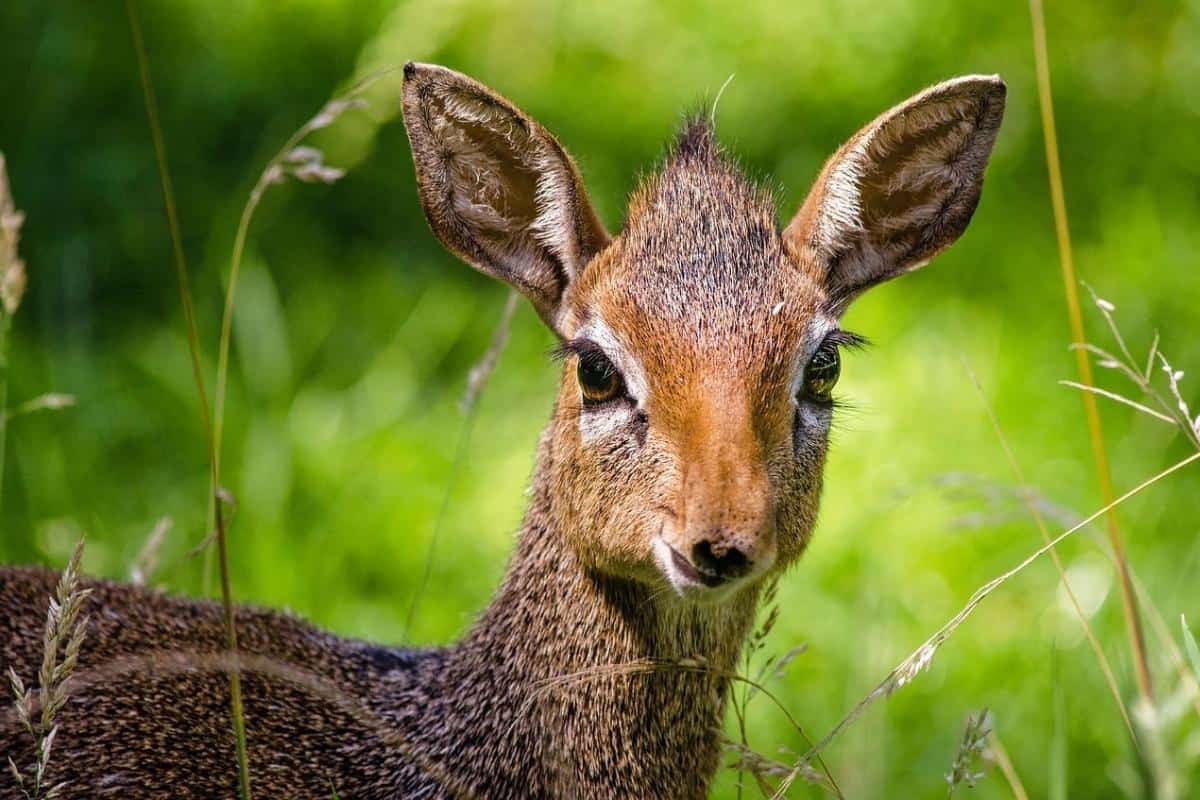 Did you know that there are over a dozen animals that start with the letter D? From the common deer to the exotic Darwin’s fox, these creatures come in all shapes and sizes.

In this article, we’ll take a closer look at some of the more interesting animals that start with D. We’ll learn about their habitats, diet, and unique behaviors. So whether you’re a budding zoologist or just looking for a fun new fact to share with your friends, read on to learn more about these fascinating animals.

Animals That Start With D

From deer and dolphins to Darwin’s fox and Dwarf Crocodiles, below are 11 animals that start with D.

Deer are gentle creatures that are often found throughout North America, inhabiting a variety of different habitats. In the continent’s northern regions, deer are found in forested areas and mountains, while in the south, you can find them in open grasslands.

Despite their wide range, deer are relatively small animals, with adults typically weighing 100 and 200 pounds and a distinctive reddish-brown coat that helps them blend in with their surroundings.

Additionally, deer can jump incredibly high – up to 10 feet in the air – and run very fast – up to 35 miles per hour. As a result, they’re notoriously difficult to hunt.

Dolphins are a type of aquatic mammal found in both fresh and saltwater habitats all over the world. In North America, dolphins can be found in the waters off the coast of California, Florida, and Hawaii.

Dolphins live in a variety of habitats, including bays, gulfs, lakes, estuaries, and the open ocean. Interestingly, dolphins are social creatures and often live in groups called pods.

Dolphins communicate with each other using a variety of sounds and are also known for their ability to jump in and out of the water while performing acrobatic tricks.

Dik-diks are small antelopes found in varied habitats such as open woodlands, savannahs, and grasslands across sub-Saharan Africa. They get their name from the alarm call they make when feeling threatened, which sounds like ‘dik-dik’. In North America, dik-diks can be found in zoos and wildlife sanctuaries.

Dik-diks are browsers rather than grazers, and their diet consists mainly of leaves and shoots. Because they are timid and elusive, Dik-Diks are rarely seen by humans in the wild.

Diamond pythons are large snakes found on the New South Wales coastline in Australia and New Guinea. These huge snakes typically inhabit forests and swamps and can be found in a variety of different habitats.

Diamond pythons are constrictors and kill their prey by wrapping their bodies around the prey and squeezing them until they suffocate. Diamond pythons typically eat rodents and small mammals but have been known to occasionally eat birds and reptiles.

Dugongs are a type of marine mammal that is closely related to manatees. These animals are found in warm, shallow waters throughout the Indo-Pacific region and can grow to be up to 11 feet long and weigh up to 1,100 pounds.

Dugongs are herbivores and feed primarily on seagrasses and are among the few herbivorous marine mammals still existing today. But due to their slow growth rate and low reproductive potential, dugongs are vulnerable to overhunting and habitat loss. As a result, they are classified as a threatened species by the IUCN.

Dusky Sharks are found in all major oceans across the globe. Their habitats range from the warm waters of the tropics to the cooler temperatures of the Arctic Circle. Dusky Sharks are migratory creatures, and their movements are primarily dictated by changes in water temperature.

Dusky Sharks tend to feast on smaller fish, squid, and crustaceans. These sharks are among the slowest-growing shark species in the world, taking around 16 to 20 years to reach sexual maturity. This slow growth rate makes them particularly vulnerable to overfishing, and their populations have declined sharply in recent years.

Because dusky sharks are solitary creatures, the females may store sperm from several different males in their bodies and use it to fertilize their eggs over the course of a year. This allows them to produce offspring even if they do not encounter a male for an extended period of time.

Discus fish are among the most popular aquarium fish, known for their unique shape and vibrant colors ranging from blue, green, red, brown, and even yellow. These fish are native to the Amazon River Basin in South America, where they live in slow-moving waters.

Darwin’s fox is a small canid found in the forests of southern Chile and Argentina. The species is named after Charles Darwin, who observed them on his travels to Patagonia in 1834.

Darwin’s foxes are shy and elusive and will typically avoid human contact. They are nocturnal animals, and their diet consists mainly of rodents, birds, and insects. The species is classified as “vulnerable” by the IUCN, and its numbers are believed to be declining due to habitat loss and fragmentation.

Dwarf crocodiles are a small species of crocodile found in tropical areas of Africa and Asia. These tiny crocs typically grow to be about six feet long, making them one of the smallest crocodiles in the world.

Dwarf crocodiles can be found in various habitats, including freshwater wetlands, mangrove swamps, and rainforests. They are opportunistic predators that will eat just about anything they can catch, including fish, reptiles, mammals, and even birds.

Dwarf crocodile females lay their eggs in mounds of vegetation, which they then guard fiercely until the eggs hatch. The baby crocodiles are left to fend for themselves, as the parents provide no further assistance. As a result, only a small percentage of dwarf crocodiles survive to adulthood.

The desert rain frog is a small amphibian that is found in the deserts of southern Africa. These frogs are well-adapted to life in the arid environment and can be found in a variety of habitats, including rocky outcrops, sandy plains, and even dry river beds.

Desert rain frogs are opportunistic feeders, and their diet includes a wide range of insects and other small invertebrates. These frogs are also known to eat beetles, various insects, and their larvae.

In turn, they’re preyed upon by various predators, including snakes, birds, mammals, and reptiles. One of the fascinating things about desert rain frogs is their ability to withstand large amounts of radiation. These frogs have been known to survive in areas contaminated with nuclear radiation.

Dwarf boas are small snakes found in a variety of habitats throughout the world, including moist environments, such as rainforests and swamps. They’re found on every continent except Antarctica.

Dwarf boas are carnivores, and their diet consists mainly of rodents and other small mammals. They typically hunt at night, using their keen sense of smell to track down their prey. In addition to predators such as large birds and mammals, dwarf boas must also contend with parasites, such as ticks and mites.

Unlike other snakes, which lay eggs, dwarf boas give birth to live young. The females give birth to anywhere from two to twenty-five baby snakes at a time, and the young are born fully independent and able to fend for themselves. As a result, the Dwarf boa population can rebound quickly after periods of decline.