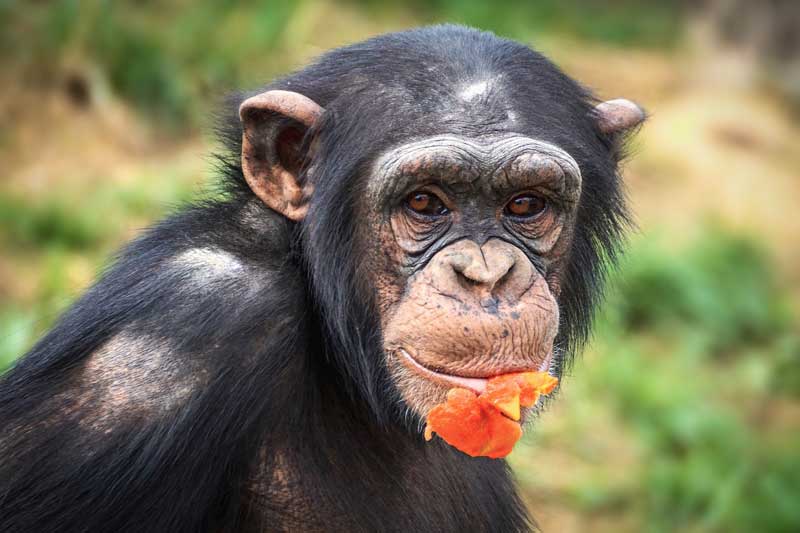 If you’re wondering what the animals that end with e are, this article is for you. They are a diverse group of animals that range in size from small and adorable to large and terrifying.

They not only come in a variety of shapes and sizes, but they can also be found all over the world. Some of these animals live in the ocean or on land, while others live in the water or high in the trees.

We’ll look at 21 of these animals and learn more about them in this article!

21 Animals that end with the letter E

The Masai Giraffe is a giraffe species native to Africa. They can be seen from Kenya to Tanzania and are the world’s tallest animals. Their natural habitat is savannahs and woodlands, where you can often see them consuming acacia tree twigs and leaves.

These giraffes will eat the flowers, fruits, thorns, and shoots of other woody trees as well. This animal can grow to be 17 feet tall and weigh up to 2,600 pounds.

They’re vulnerable to predators such as lions and hyenas because they live in Africa’s savannahs. Masai giraffes would defend themselves by kicking the animal with their long legs or escaping quickly.

The greater bird of paradise is a lovely bird that lives in the wild. They can be found in Papua New Guinea and Indonesia’s tropical rainforests.

These birds are brightly colored, with brown, yellow, and green feathers. Their primary food sources are insects and fruit. Females are larger than males and can grow to be up to 19 inches long.

During the breeding season, females will select their mates based on the ritual dances and calls displayed by males. In the wild, they can live for 5-8 years.

Blue whales are the world’s largest known animals. They can grow to be 100 feet long and weigh over 130 tons! Blue whales can be found in all of the world’s oceans, but they prefer the colder waters of Antarctica and the subarctic.

They spend most of their time underwater, feeding on small fish and krill. These animals have the loudest and lowest frequency calls of any animal, ranging from 8 to 25 Hz.

The common crane is a large, graceful bird that you can find from Europe to Siberia. These animals are highly social birds that live in large flocks during the breeding season, sometimes including other species of cranes.

They usually build their nests on dry ground near bodies of water, such as lakes or marshes, so that they can easily access food resources while incubating eggs or caring for young chicks.

The Amazonian giant centipede is one of the world’s largest centipedes. It has a length of over 12 inches and is famous for its paralyzing venom, which is used to kill its prey.

You may also like:  30 Examples Animals With 6 Letters (Pictures)

This centipede lives in humid environments with high temperatures and rainfall throughout the year. They prefer moist soil that allows them to feed on underground insects and worms.

Chimpanzees are a type of great ape native to Africa. They’re well-known for their intelligence, skill with tools, and social organization. These smart creatures even have 98% of the DNA of humans, which gives them a lot of characteristics in common with people.

These animals eat mostly fruits, but they also eat leaves, seeds, flowers, and insects on occasion. That being said, chimpanzees are occasionally known to strategically hunt monkeys and eat their meat.

Coyotes can be found in the United States, Mexico, and Canada. They live in a variety of habitats, including grasslands, deserts, forests, and even cities.

These creatures are opportunistic omnivores, which means they eat a variety of plants and animals based on what is available. Their diet consists of rodents, birds, insects, fruits and berries, and small mammals such as rabbits and squirrels.

The bald eagle can be found in Canada, the US, Mexico, and Central America. They live near bodies of water where they can catch fish to eat. These majestic creatures have a 6 to 7-foot wingspan and weigh between 3 and 6.3 kilograms.

Their diet consists of fish, waterfowl, and small mammals such as rabbits and squirrels. They also consume carrion (dead animals) when it’s available. Bald eagles also mate for life and will stay with the same partner every mating season.

The Canada goose is a large bird native to North America. They can be found all over the continent, but are most common in the arctic and subarctic regions where they breed.

Canada geese are mostly omnivorous, eating plants like grasses, sedges, and aquatic vegetation. They also consume insects such as larvae and small mollusks such as snails if they can find them in the watery environments where these animals spend most of their lives.

House centipedes are very common in the United States. They can be found in homes, greenhouses, and other structures where they consume pests, such as roaches and spiders. These animals can live for up to 7 years, depending on the environment.

The color of house centipedes is dark brown or yellowish gray. They have 15 pairs of legs and antennae that are longer than their bodies. Since they’re nocturnal animals, these centipedes are most active at night.

Killer whales aren’t actually whales. In fact, they’re dolphins. Killer whales are the largest species in the dolphin family. They can be found in every ocean on the planet, but prefer colder waters.

These animals are social and live in groups (pods) of 10 to 40 members. Killer whales primarily consume fish and squid. However, if given a chance, they’ll occasionally consume seals during times when other food sources are in short supply.

The American bumble bee is a bumblebee species found throughout North America. It prefers open habitats such as meadows and grasslands with flowers for feeding.

They can also be found in urban settings such as parks and gardens if there are enough flowers for them to eat all year. Their workers range in length from 14 to 18 mm, while their queen typically measures 21 to 25 mm.

Box turtles are a type of turtle found in North America. They have a hard shell made of bone and prefer to live near water. During the winter, they burrow into the soil and stay hidden until the temperature goes up.

These turtles are herbivores that eat vegetables and flowers primarily. Their average lifespan is 50 years, but they have been known to live up to 100 years.

The black vulture is a predatory bird native to the Americas. It can weigh up to 5 pounds and has a wingspan of 4 to 5 feet. It has a black feathered coat, a bald head and neck, and brown eyes. Black vultures inhabit open areas and lowlands.

They’re known for their scavenging habits, where they feed on dead animals found on the ground or in trees. These vultures also consume carrion and garbage left by humans.

The wolverine is a carnivore and lives in North America’s boreal forests, taiga, and tundra. They’re the weasel family’s largest terrestrial member. These creatures have short legs, thick bodies, and broad heads.

Their claws are also long and sharp, which aids them in hunting prey, and climbing trees and snowy slopes. They’re solitary animals that live alone except during mating season when they form pairs. Wolverines eat small mammals such as squirrels, rabbits, foxes, and birds.

The North American Kingsnake is a nonvenomous snake that is black or brown in color with yellow markings. They’re constrictors who hunt actively. Kingsnakes eat lizards, frogs, birds, eggs, and even other snakes.

Due to their high venom resistance, these animals can eat venomous snakes that they encounter in their natural habitat. They also prefer to live in wooded areas with plenty of cover, such as trees, rocks, and brush.

The Eastern Hercules beetle is a rhinoceros beetle that is native to eastern North America. It’s one of the world’s largest beetles, reaching lengths of up to 7 inches and weighing more than 37 grams.

The color of the elytra is determined by the humidity level in their area. They’re yellow to olive green in low humidity and turn black in high humidity. These beetles eat decaying fruits found while digging in the soil, as well as dead wood and other organic matter.

The Amazonian manatee is a freshwater species found in the Amazon rivers and streams. They’re not whales or dolphins, but rather members of their own family of marine mammals known as Sirenia.

You may also like:  19 Animals That End With Y (Pictures)

These animals have grayish-brown bodies with white patches. They’re herbivores that live primarily in freshwater habitats where there are abundant aquatic plants to eat. Despite the fact that these creatures are always submerged in water, they require air from the surface every 5 minutes.

The American Quarter Horse is known for its speed, agility, endurance, and intelligence. Throughout history, they have been used for a variety of purposes, such as farm work, racing, rodeo events, and even as cavalry mounts during wars.

This horse was founded in America. It gets its name from its ability to run quarter-mile races in record time.

Snapping turtles are large freshwater turtles with a  large head and powerful jaws capable of inflicting a painful bite.  These turtles inhabit most of North America’s lakes, ponds, marshes, rivers, streams, and swamps, feeding on various plants and animals, such as spiders, snakes, birds, and frogs.

They’re also known as ambush predators, blending in with their surroundings while waiting for prey to approach.

The common Garter snake is a nonvenomous snake with a range of 18 to 53 inches in length. They can be found all over North America, as well as in Canada and Mexico. Garter snakes prefer to live near rivers, lakes, ponds, marshes, and wetlands.

Slugs, snails, earthworms, and other amphibians are among the small mammals they eat. A garter snake’s lifespan typically ranges between 2 and 10 years.