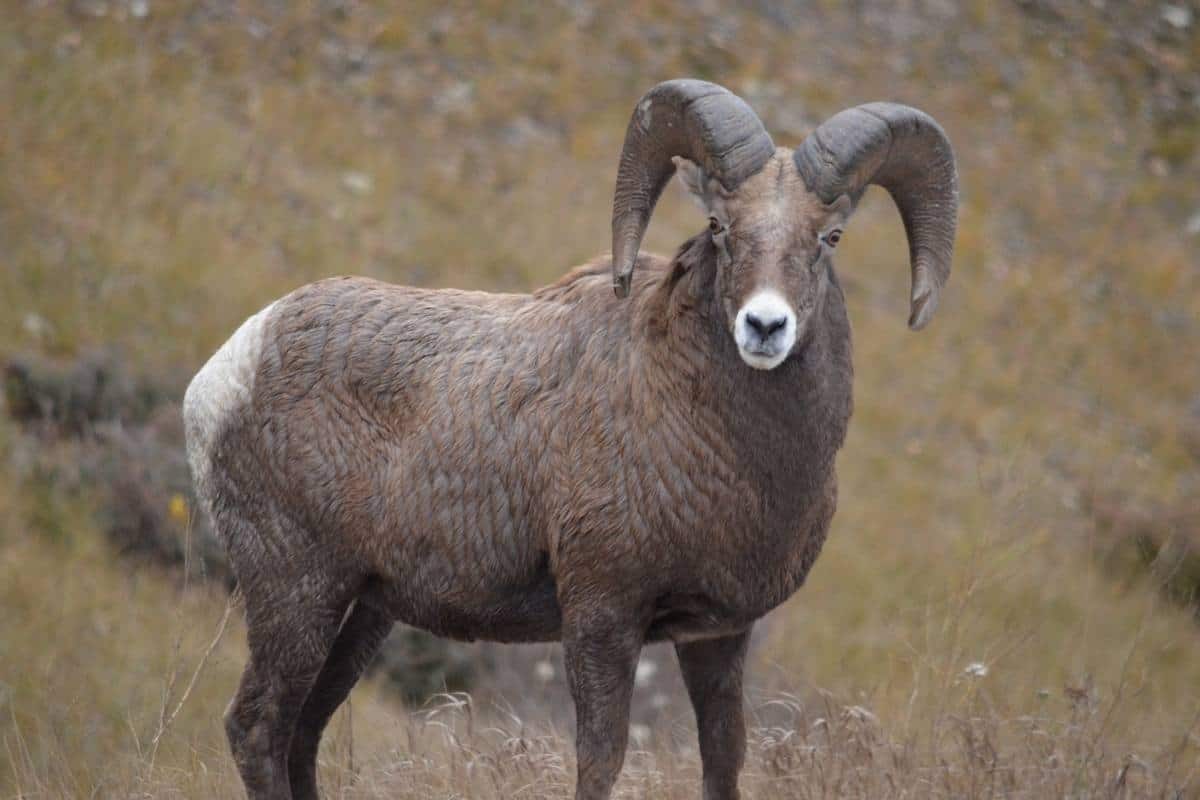 The bighorn sheep is a majestic species of animal native to western North America. They are considered a “big game” trophy in many parts of the world and have been hunted by humans for their meat and fur since ancient times. Bighorn sheep are not only the largest sheep in North America, they are also wild. In this article, you’ll learn 8 facts about bighorn sheep.

These magnificent mammals are some of the first animals that come to mind when we think of the North American West and they were once a major source of food and income for humans living in areas where they reside.

1. The bighorn sheep is one of two wild sheep species in North America with large horns

Bighorn sheep are not the only wild sheep in North America with large horns. The other is the Dall sheep, which is found in Alaska and Canada. But unlike the Dall sheep, bighorn sheep are found throughout western North America, with populations in the US states of Arizona, California, Colorado, New Mexico, Oregon, Utah, and Washington as well as the Canadian provinces of Alberta, British Columbia, and Saskatchewan.

2. The bighorn sheep has 3 subspecies

The Rocky Mountain bighorn sheep is the largest of the 3 subspecies and has adaptations to survive its harsh surroundings. These sheep have large hooves that help them traverse rocky, mountainous terrain with ease. Additionally, they are able to eat plants found in these areas, such as grasses and shrubs. As a result, they have longer coats to help insulate them from the cold.

The desert bighorn sheep has adaptations to survive in its hot and arid climate. These sheep have shorter, coarser fur that can withstand intense heat, as well as large noses to help them avoid breathing in dust. They also tend to travel only at night when it is cool and avoid areas where there is a lot of vegetation.

The Sierra Nevada bighorn sheep has adaptations to survive its high, dry climate. These sheep have longer fur that helps insulate them from the cold, as well as large hooves that can help them traverse challenging terrain. Additionally, these sheep are also able to eat plants in their environments, such as fungi and woody shrubs.

Rams are male sheep and ewes are female sheep. A rams’ horns are thicker and curve forward and ewes have more slender horns that stick straight out from their heads. This difference is important for the sheep population to survive because rams use their horns as a defense against predators and competition from other males, as well as for fighting and courting females.

4. Bighorn sheep can climb steep cliffs without much effort

Bighorn sheep are known for their ability to climb steep cliffs with relative ease. They have strong neck muscles, and their hooves are able to cling to even the roughest of surfaces.

You may also like:  Are There Animals With Down Syndrome?

These traits help them find food during certain times of the year when food may be scarce, such as in the winter months or in more arid regions. This adaptation also helps them to evade predators.

Bighorn sheep are ruminants, meaning that they have a four-part stomach.

After their first meal, which usually consists of grass and other plants, bighorn sheep chew their cud – or regurgitated food – before digesting it again. Their digestive system is specially designed to let them eat and process fiber-rich vegetation from harsh environments.

6. Rams spend most of their lives in a bachelor flock

Rams leave their mother’s ewe group a few years after being born to go join a herd of rams. This is known as a bachelor flock.

This bachelor herd can be anywhere from two rams to over 10 and they only leave the herd during mating season. The rams spend most of their lives in this bachelor flock.

7. Rams fight over who is allowed to mate with the ewes

It can be hard for rams younger than 7 or 8 years to mate. Bighorn sheep have a hierarchy that favors older rams with bigger horns, making it difficult for younger rams to find a mate.

During the mating season, known as the rut, rams will compete against each other for dominance and the right to mate with ewes. This competition can take up to a month, with rams fighting aggressively using their horns to battle it out. Only one ram will be selected to mate with the ewes, and after mating, the victorious rams will return to their bachelor herds.

Despite these challenges, many younger rams are able to successfully find a mate during the rut. Ultimately, it all comes down to size and dominance – larger and older rams are more likely to win in the mating battles and are therefore more likely to find a mate. However, even small rams can get lucky if they manage to outsmart or intimidate their larger competitors.

8. The skulls of bighorn sheep are made for head-to-head combat that males engage in

The bighorn sheep is a species of large, sturdy-looking mammal with thick fur and huge curved horns. These horns can measure up to three feet in length, allowing the bighorns to engage in head-to-head combat with one another.

The skulls of the males are particularly suited for this; they have thick bones that can withstand the repeated battering that occurs during fights. This is an important aspect of bighorn sheep adaptation, as competition for females is fierce among males.