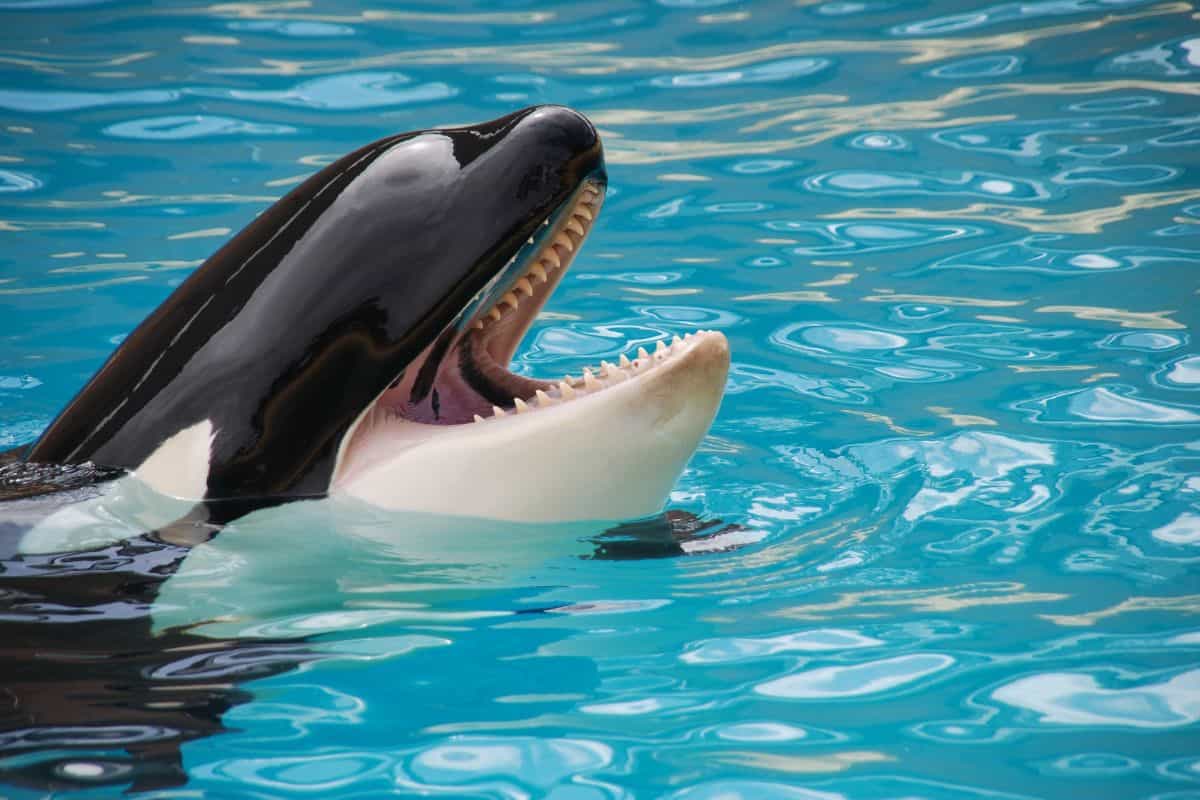 With a name like “killer whale”, you can understand why humans would be fearful of this large and menacing creature. After all, killer whales, also known as orcas, have an average weight of over 8,000 pounds and an average length of 20 to 26 feet.

The largest recorded male orca weighed 22,000 pounds and was 32 feet long! But do killer whales eat humans or are they simply a misunderstood animal?

The truth is, killer whales do not eat humans, nor do they normally attack humans. While they may look scary due to their massive size, killer whales are not deemed a dangerous marine mammal.

According to LiveScience.com, there is no record of an orca killing a human in the wild. Humans are not a part of the orca’s natural diet, so they don’t see us as a food source.

With that said, orcas have mistaken a human for a seal. There have been a few reports throughout the years of orcas charging or bumping into a human, but then standing down once they realize that the person was not a seal or other piece of food that they normally eat.

There have been reports of orcas attacking human trainers at aquatic centers, but most experts believe that the killer whales were not being mean, but rather playing that got too rough. After all, orcas are much larger and stronger than a human and can accidentally hurt us even if they don’t mean to.

How Many Killer Whales Have Killed Humans?

There are no reports of a wild killer whale killing a human, but there have been reports of a killer whale causing injuries to a human. However, these encounters are rare and caused by a simple mistaken identity.

In the past 100 years, there have only been 7 notable incidents, and out of all those incidents none have caused serious harm. On one occasion, in 1972, a surfer was bitten in what orca experts say was a mistaken identity.

The man’s wound only required 100 stitches. This is considered the most notable attack on a human by a killer whale.

What Do Killer Whales Eat?

The main food source for orcas is fish, squid, and other toothed whales. They will also feed on seals and sea birds.

It’s not uncommon for orcas to prey on other whales that are much larger than them, and they are even the only known predator of the great white shark. This makes the orca the true apex predator of the sea. What isn’t on their lists of foods they eat is humans.

How Did Killer Whales Get A Bad Reputation?

It’s hard to pinpoint when killer whales become such a feared creature even when there doesn’t appear to be a reason to fear them. Some may say it was due to the 1977 horror movie Orca: The Killer Whale, which was a made-up story about a man eating and blood thirsty killer whale.

Think Jaws but with an orca instead of a great white shark. While the movie itself didn’t see nearly the same success that Jaws did, it was successful at painting killer whales in a negative light.

Why Are They Called Killer Whales?

The origins of the name “killer whale” can be traced back to ancient sailors. Upon seeing orcas prey and feed on larger whales, they decided to lovingly nickname the “killer whales”.

What’s interesting about this name is that orcas are not even a whale. They are a member of the dolphin family.

What Eats A Killer Whale?

In the ocean, the killer whale is at the top of the food chain. These powerful animals have no predators and pretty much rule the world under the sea. They are even the only known predator of the great white shark, except for humans.

Can I Swim With Killer Whales? 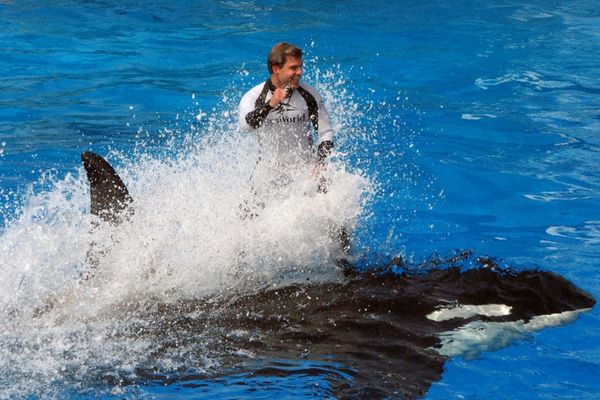 Swimming with killer whales is not considered a dangerous activity. However, orcas are still wild animals so care and caution must be taken if you decide to take a dip with these large creatures. There are even some places where you can swim with killer whales in the same manner as you would swim with the dolphins.

There has been recent reports of killer whales off the coast of Portugal ramming into a small sailboat in summer of 2022. This same group of orcas rammed into another boat just days later.

Researchers are currently investigating as to why these attacks are happening in that general area. With that said, however, this isn’t a typical occurrence and orcas don’t normally attack boats.

As you can see, killer whales do not eat humans, and it is even rare for one of these sea creatures to even attack a human. When an attack does occur, it is typically caused by the orca mistaking the human for something else.