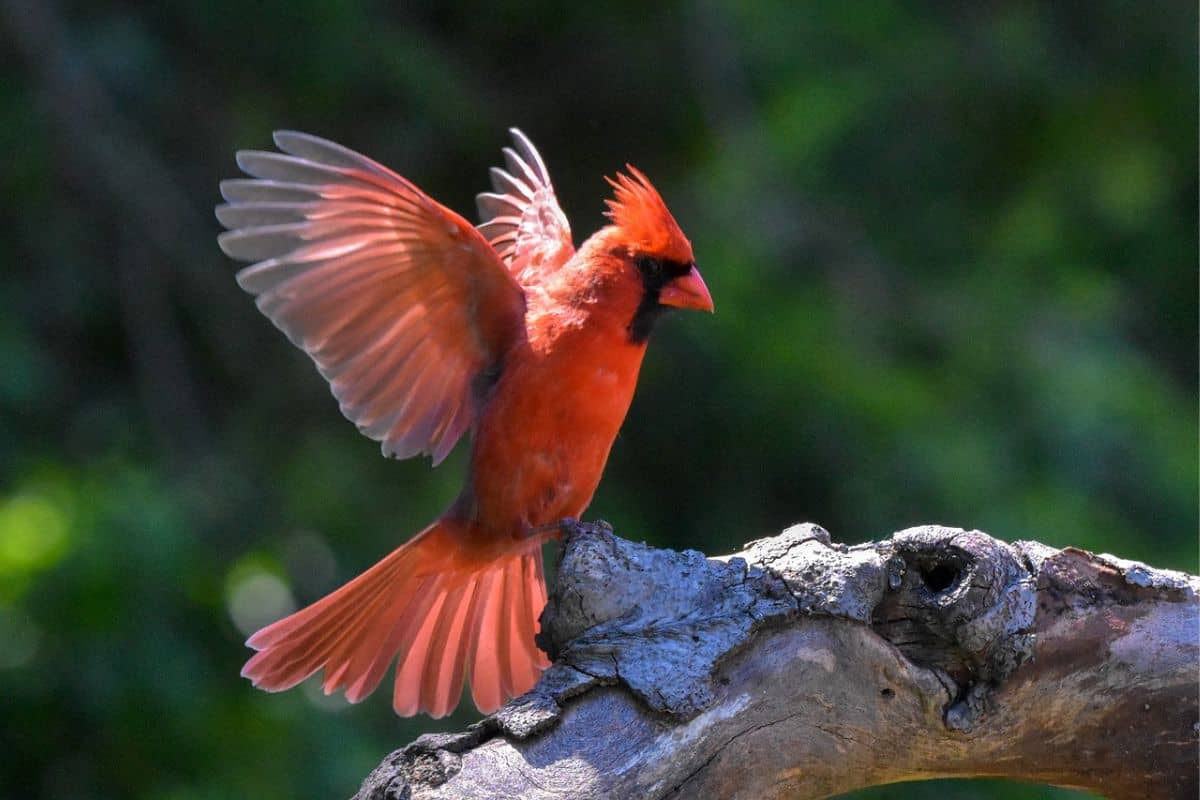 Red symbolizes power, love, passion and joy. In nature, red is not something to make animals and plants look appealing. It has several practical uses conveying warning or danger.

Red is a popular color in the kingdom Animalia. However, animals that are red can be poisonous, and some aren’t.

Melanin is the primary pigment found in mammals, and it’s responsible for those animals to have such color in hair and fur. There are different types of melanin, and they create a wide range of colors, from black to sandy red.

11 Animals That Are Red

Animals that are red vary in different shades of red, from brilliant crimson, scarlet, vermillion, etc. These hues are one of the reasons why people are easily attracted to this enticing and alluring color.

Below is the list of animals that are red, and these are the ones that attract us due to their hypnotizing beauty.

The scarlet Macaw makes the top of this list of red animals. They’re known to be one of the largest parrots in the entire world, with a measure of 33-inch from beak to tail. They have a strong beak that helps crack nuts easily.

The Scarlet Macaw is a strong bird with curved and catchy-red feathers. The macaw plumage is composed of three distinct colors; scarlet red on most of their bodies, yellow, green and blue on the lower wings and tail. The scarlet Macaw is also known to mate for most of its life.

The Blood Red Glider is a butterfly found throughout Guinean forest, along West African coasts, and the rest of Central Africa. It’s on the list of red animals because its back is covered with bright, bloody red fringed with black markings.

The Blood Red Glider is known to be arboreal, and scientists believe this species should be split into separate species. The reason for this is their morphological characteristics and DNA research.

Male Blood Red Gliders have a red dorsal side but have a brown pattern on the other side, while the female ones have different wing patterns.

This deadly marine fish is one of the fascinating red animals underwater. The Western Red Scorpionfish usually catches its prey at night using its mottled scales and tassel-like appendages.

It may not be a fast species but it can be sneaky during the day. It hides in the rock crevices to avoid attack from their predators.

On the list of red animals, we have the Arizona Coral Snake, native to the deserts of Arizona. It’s a small snake about 2 feet long with a black, yellow, and red pattern. This snake doesn’t have much venom that could harm us, humans, unlike the rattlesnake.

If it isn’t venous to us, other animals can be venous, so they aren’t advisable to keep them as pets. The Arizona Coral Snake is shy and is rarely responsible for bites. They feed on lizards, frogs, rodents, birds, and other smaller snakes.

Calotes are arboreal or tree-dwelling lizards and are recognizable for their color-changing scheme when it gets exciting. They can be found in the forest and gardens of India, Sri Lanka, Southeast Asia, and the Pacific Islands.

Since Calotes can color-change, the most prominent color is red, especially on their head. People also call Calotes bloodsuckers because of their notable redhead.

Ladybugs are common garden insects known for being tiny with bright red color. They are gentle insects, and children would often play with them, letting them crawl around their arms. Ladybugs have the reputation of eating one another.

The ladybugs belong to the 6,000 species, which have a wide range of colors from yellow, orange, green, and blue. Adult ladybugs develop their bright red hue to warn predators that they taste bad during mating season!

If a ladybug is threatened, it will release reflex bleeding, which oozes out a horrible-smelling yellow fluid from its leg joints. If humans are exposed to this fluid, it can cause some irritation and allergic reactions. However, ladybugs are helpful garden companions since they feed on aphids.

Another red animal on the list is the Cardinal Beetle, commonly known as the Red-headed beetle, which is often found in the forest of Europe and Britain. It usually feeds on small insects and can easily recognize because of its illuminating red body, black wings, and underside.

The Cardinal Beetle is only 20 millimeters long. Their red color guards them against being feasted on or prevents them from being targeted by their predators. The predators of the Cardinal Beetle would often believe that they are toxic.

Their strawberry-colored skin warns you to avoid them before it’s too late. The pattern on their back plays a vital role during the mating seasons.

Female Strawberry Poison Dart Frog would choose males with the same color pattern. Their skin also features a bilateral symmetry– which means their patterns are symmetrical.

Cherry Shrimp or Red Cherry Shrimp is a cute freshwater shrimp variety from Taiwan. They are often seen in the aquarium trade for their striking red hue and low maintenance level.

The Cherry Shrimp is also the most common color morph; female ones have darker shades than males. However, most parts of their bodies are transparent with patches of bright red dots.

Red Panda is one of the red animals, and they are an utterly cute species. It is native to Southwestern China and Eastern Himalayas and is known for its fuzzy red and soft fur with white markings around its snout and eyes.

The Red Pandas are arboreal acrobats that spend most of their day suspended from trees, eating small animals and bamboo.

You might think that red pandas descended from pandas and bears, but the sad truth is, it’s the only mammal living member of their family. You can quickly identify red pandas by their unique ruddy coat color that serves as camouflage within the canopy of fir trees.

The northern cardinal is a very common bird in North American and the United States. The male of the species has a brilliant red coat of feathers, a black mask, and an orange beak that is quite iconic when it comes to birds.