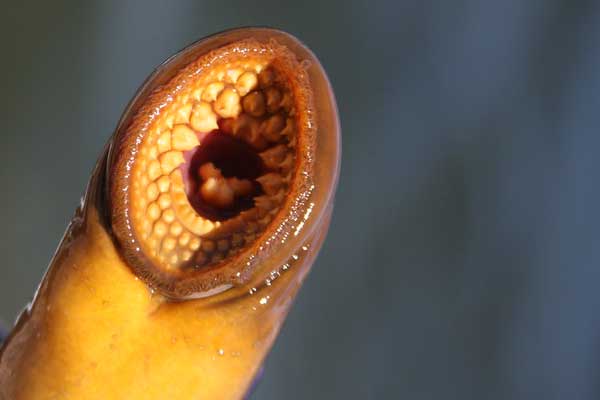 Michigan is a beautiful state known for its scenic forests, lakes, and islands. They also boast the most coastal dunes in the United States. However the delicate balance of the ecosystem in Michigan when invasive species are introduced and begin to take over. In this article we will look at common invasive species in Michigan. But what exactly does this mean?

What is an invasive species?
An invasive species is any organism that has established a breeding population in an environment where it isn’t native. Invasive species are usually introduced by humans to an area to try and control a native species, or even just wind up in a region by accident.

There are countless invasive species in Michigan, but here are 10 species I find interesting.

New Zealand mud snails are incredibly small aquatic snails that reach about ⅛ inch in size. Their shells vary in color from reddish-brown to dark brown and they are torpedo-shaped. These snails feed mainly on detritus and plant material.

These snails don’t seem to have a direct negative impact on the environment, but their incredibly fast asexual reproduction rate coupled with the fact they have no nutritional value for native species means they can easily clog waterways and outcompete native snails for resources. Each female snail of this species and her young can produce upwards of 40 million snails per year.

Mute swans were introduced to Michigan in the early 1900s as a posh decoration for private estates and local ponds. Over time, these beautiful birds have become more of a nuisance than a pleasure.

The max size for these birds is around 5 feet and 25 pounds. This may not seem like much, but mute swans are highly territorial and have been known to attack people that are walking near the shore or that are in boats. Their wingspan can be 7-8 feet and they will frequently charge people with their wings spread and neck extended. This display is very intimidating and is one of the reasons these swans have worn out their welcome.

Unfortunately, their aggression isn’t just towards humans and they will also drive out other waterfowl. This has caused a decline in native water birds.

Native to the Mississippi River and the Gulf Coast, red swamp crayfish have been distributed outside of their native range as fishing bait and as a food item. They are also found in the aquarium trade and sold as red crayfish or the selectively bred bright orange version, the tangerine crayfish.

Invasive to Michigan, these crayfish are known to be much more aggressive than native crayfish and feed on fish, amphibians, plants, invertebrates, and other crayfish. Their digging and burrowing are also thought to be a contributor to cyanobacteria blooms. If left unchecked, these crayfish can cause a significant amount of damage to the native environment.

The round goby is an established species in the Great Lakes. It has a highly developed sensory system that allows it to hunt in the dark. This helps it avoid predation and gives it an advantage over native species.

The main concern with the round goby is their voracious appetites and their aggressive feeding behaviors, but on the positive side, they are also known to feed on zebra mussels, which are a much more damaging invasive species.

If you ever find yourself in Chicago, you can see these fish, sea lamprey, and other invasive species at the Shedd Aquarium.

These visually terrifying fish are established in the Great Lakes and have had a very large impact on native fish and fisheries. With no natural predators in these waters, the lamprey has been able to reproduce without any hindrances.

The sea lamprey is a jawless fish whose mouth is full of tiny teeth. They latch onto the sides of other fish and suck the life out of them by feeding on their fluids. They can live 10 to 15 years and each female is capable of producing up to 100,000 eggs before they die.

The weather loach or dojo loach is one of my favorite aquarium fish species! Reaching a max size of around 12”, these fish are incredibly personable in a home aquarium and will frequently feed out of their keeper’s hands. Their natural color is a silvery brown and they can have mottled darker brown patterns on their backs and sides. In the aquarium trade, they are also available in an albino variety that is referred to as gold. Like most loaches, these are scaleless and very soft to the touch.

These fish were introduced in Michigan, but so far they don’t seem to be causing many negative effects. The main concern with weather loaches is that they will compete with native fish for resources and possibly reduce populations of native macroinvertebrates. So far, this has not been documented.

These tiny beetles have caused a devastating amount of damage to Michigan’s ash trees, with an estimated 10 million ash trees killed so far.

Emerald ash borers are about ½ inch in size as adults. Their larvae bore into ash trees and feed on the inner bark of the tree. After their last molt and maturity, they then move up the tree and feed on the foliage. This has a devastating effect on the trees, which then can not properly photosynthesize.

Emerald ash borers are not known to travel far on their own but have been able to populate most of the state with the inadvertent help of humans. It’s very important if you are in Michigan not to relocate firewood from one location to another as this is the main way these insects have been able to move around and cause so much destruction.

The zebra mussel is a small filter feeder that is around an inch in size. They are brown, but get their name from the stripes that cover their shells. Zebra muscles are highly invasive in Michigan and the great lakes and they cause millions of dollars in damage to boats, water lines, pipes, and docks by attaching their bodies to them similarly to barnacles.

Zebra mussels have been an issue in Michigan for quite some time, but recently they were also accidentally imported as hitchhikers in moss balls for the aquarium trade. As soon as this was discovered, all moss ball imports ceased and all remaining moss balls were destroyed. It’s unlikely Marimo Moss balls will be imported again soon.

European frogbit is a plant species that prefers slow-moving waters like bayous, calm streams, lakes, and even ditches. In Michigan, it thrives from late spring through fall but dies back over the winter.

The main concern with this species of frogbit is how fast it can grow and spread. It can form dense mats on bodies of water. This can damage boats and prevent animals like ducks and other waterfowl from hunting and foraging easily. They also block the sun from reaching native water plants, which ultimately reduces the quality of the water and reduces habitat for native fish and crustaceans.

The most effective method for controlling European frogbit is manual removal early in the season.

This non-native plant was originally brought to the US to cultivate as a food crop. The air potato did not gain popularity as a food item due to the difficulty of preparation, and efforts to cultivate it ceased.

Unfortunately, this plant is capable of very fast reproduction and spreads easily, so it was able to establish itself in many states where it is doing significant damage to native plants.

The air potato, or as I like to call it the murder potato, is a fast-growing vine that can reach up to 16 feet tall. It grows by winding its vine around trees, other plants, and fences. The vine can choke the life out of the plant it is growing on and even break stems as it cinches itself tightly around the plant stalks. If the native plants can survive the air potato vine they often still die due to a lack of light.

If you find an air potato in your yard, the best method of removing it is to dig up the potato-like tubers that are underground. Cutting the vine will not kill the plant, and the longer the tuber is in the ground, the more roots it will have and the more tubers it will grow.

Do your part while in Michigan and keep your eyes out for invasive species. It’s unlikely we will be able to completely eliminate these plants and animals from the environment, but we can do our best to prevent their populations from continuing to grow and spread.