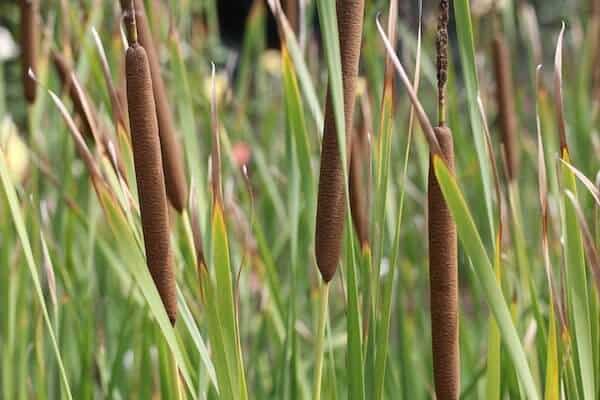 The Great Lakes are one of the most incredible natural features in North America. They also represent one of its most fascinating and unique ecosystems. For most of their existence, they were largely protected and isolated by their location far from the coast and by natural barriers such as Niagara Falls, which prevent marine species from reaching them. Over the last century and a half, that’s begun to change. In this article we will take a look at 12 invasive species in the Great Lakes.

Human activity in the Great Lakes has brought many routes for these non native species to sneak in. Canals and other manmade water diversions have provided a “backdoor” for species such as the sea lamprey. Ships have also beeb a big problem, with many species traveling into the lakes inside ballast tanks. Unfortunately, the Great Lakes are now ravaged by several invasive species.

12 Invasive Species in the Great Lakes

Out of the many introduced species to the Great Lakes region, let’s take a look at 12 species that have been documented and are closely monitored.

Originally from Central Eurasia, including the Black and Caspian seas, this species rarely exceeds 10 inches in length and can be as small as 4 inches long. They can inhabit both fresh and saltwater environments.

Round gobies are voracious eaters with a diet that consists mainly of mollusks like snails and mussels. They’re an aggressive species that easily outcompetes native fish such as sculpin, but they also feed on many other invasive species like zebra mussels, and provide food for other native species. So, they’re ecological impact as invasive species is very complex.

Round gobies were accidentally introduced by cargo ships emptying their ballast, and have been observed in the Great Lakes area since the late 19th century.

This eel-like fish is native to the Northern Atlantic ocean, where it feeds on fish by attaching itself to them with it’s sucker mouth and drinking their blood. Prey dies from excessive blood loss.

It’s possible, but unconfirmed, that lampreys were native to Lake Ontario, but they’re definitely an invasive species in the other Great Lakes, where they kill large numbers of native fish and have no natural predators. Invasive lampreys have decimated the native lake trout population, and as these trout were the natural apex predators of this ecosystem, that has severe ecological consequences.

In some parts of Europe, lampreys are considered a delicacy.

Typically about 4-5 inches long and looking much like a very small walleye, the ruffe is characterized by a large, spiny dorsal fin which is distasteful to many predators. It primarily eats small aquatic invertebrates and their larvae.

In Lake Superior, the ruffe is causing steep declines in the populations of many native fish. They compete for the same foods, but the ruffe reproduces much faster, leading to huge numbers of ruffe which leave little food behind for the native species. In particular, it competes closely with the native yellow perch, and the yellow perch is losing that competition so far.

Alewife is a species of herring native to the Western Atlantic ocean, where it often spawns in the rivers of the U.S. east coast. Until the 20th century, Niagara Falls created a natural barrier to alewives (and other Atlantic species like lampreys) that kept them out of the Great Lakes.

Pacific salmon were introduced in an effort to control the alewife population, but this effort has only had limited success.

In recent years this Russian species has become infamous across the U.S. as it invaded lakes and rivers all over the country. They spread primarily through the ballast tanks of cargo ships, although recreational boats can also spread them.

This is a small crustacean, about half an inch long, native to northern Europe and Asia. It’s characterized by a long, straight tail spine which typically has 3-4 barbs on it. Spiny water fleas mainly eat small plankton.

This puts them in direct competition with fish like perch and panfish, who also depend on small plankton for food. Rising populations of spiny water fleas could become a major threat to these native fish if their primary food sources go into decline.

Reeds are a type of grass commonly found in wetlands. The common reed is widespread and can easily grow to 20 feet tall. There is a native species of reed in North America, but the European variety is much more vigorous and is quickly outcompeting the native reeds.

This can lead to a reduced biodiversity in wetlands as well as degradation of native waterways which can quickly become choked by massive reed beds. The only way to effectively remove the common reed is by burning the reed bed, but the roots grow so deep that it needs to be burned over 2-3 growing seasons.

This plant can grow up to six feet tall and in a mass about four and a half feet across, with multiple stems growing out from a single woody root. Its flowers are typically purple, with a reddish tint. Purple loosestrife is native to Europe, Asia, Northwest Africa, and parts of Australia.

It’s successfully naturalized in North America, meaning it now spreads on its own without human intervention. Where it grows, it outcompetes native cattails and disrupts the flow of rivers and streams. It crowds out many native plant species and disrupts the life cycles of the animals which depend upon them.

You may also like:  11 Amazing Animals With Large Brains (Pictures)

This aquatic plant is native to most of Asia, along with parts of Europe and Australia. It grows a single flattened, branching stem up to three feet long, from which it grows two rows of oblong leaves, one on either side of the stem. It prefers still or slow-moving water, so it’s most commonly found in ponds, gentle streams and roadside ditches.

In the Great Lakes, it tends to thrive in conditions that would kill many native species.It outcompetes native plants and it grows quickly enough that it can clog the waterways and prevent their recreational use.

Also called South American sponge plant, this floating plant is easily mistaken for water hyacinth. However, their petioles are not swollen or inflated like the leaf stalks of water hyacinth.

It’s been widely introduced in North America because of its popularity in aquariums and decorative pounds. Where it’s become invasive it tends to grow rapidly and clog waterways, while preventing light from reaching the water beneath it, which can kill off much of the plankton living there affecting the whole food chain.

Growing up to six feet tall, this grass tends to form large single-species stands along the edges of lakes and rivers, crowding out other plants that were growing there. In wetlands around the
Great Lakes it’s a highly invasive species that crowds out many of the native plants and reduces the biodiversity of the region.

It’s extremely difficult to eradicate once it’s established itself in an area, and it’s likely that it will only be controlled, never fully removed.

Of the three species of cattail in the Great Lakes, the narrowleaf is the only one that’s been introduced. It’s native to Europe, though it’s unclear when, why and how it was introduced to the US and to the Great Lakes.

Because it isn’t very different from the native cattails, it actually doesn’t seem to be having much of an effect on the native populations.