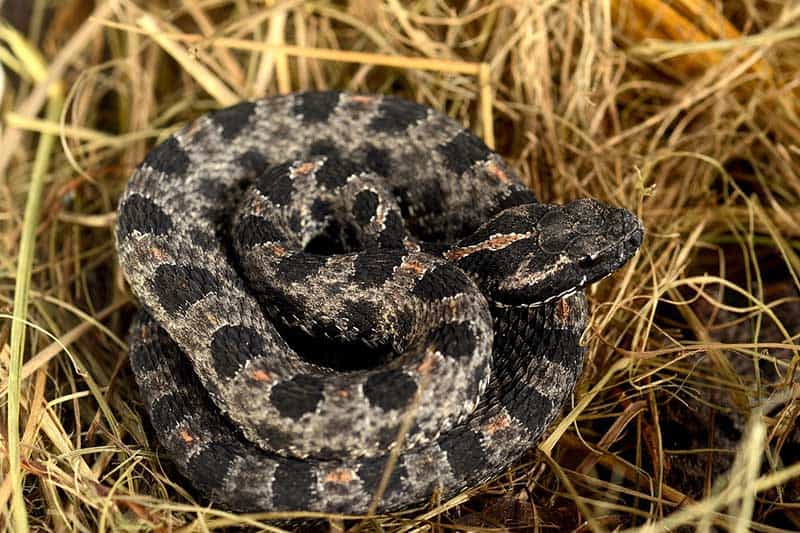 The state of Tennessee has an area of 42,181 square miles and shares a border with 8 other states, more than any other state. The 8 states that border Tennessee are Kentucky, Virginia, North Carolina, Georgia, Alabama, Mississippi, Arkansas, and Missouri. From the Great Smoky Mountains in the east to the Mississippi River to the west, you’ll find a wide variety of wildlife in Tennessee. In this article we’re going to talk about some of the more dangerous wildlife in Tennessee.

The term wildlife originally referred to undomesticated animals. A more modern definition of wildlife includes all organisms that live in their natural habitats, away from humans. Both plants and animals.

Wildlife is found in all ecosystems on the planet. Some examples of ecosystems are deserts, forests, plains, grasslands, and rainforests. Each one will have certain types of animals and plants that thrive under those specific conditions.

Here’s a short list of dangerous wildlife found in Tennessee that I put together. Not all of them will kill you, but dangerous in their own ways.

Copperheads are probably the most common, and commonly seen venomous snakes in the state of Tennessee. It’s smart to watch out for them when hiking in the woods, and just generally be aware of their presence in nature. They are not aggressive and will mind their own business if we mind ours.

Copperheads have hemotoxic venom. This means that the type of venom copperheads produce creates tissue damage around the area of bite

The black bear is the largest apex predator we have in Tennessee. The only other large predator in Tennessee is the mountain lion, and they are considered quite rare in the state. There are an estimated 7,000 black bears in Tennessee today with a healthy, growing population.

Black bears will usually avoid human contact, however you never can be too careful. A mother protecting her cubs or a starving male that’s hungry enough to take what he wants… a person is no match for a bear. Some of the larger males can reach 700-800 lbs at adulthood. Black bears are most common in eastern Tennessee near the Smoky Mountains.

Having said that, black widows are not to be trifled with. A black widow bit can cause severe pain, swelling around the bite, nausea, sweating, cramping, and other symptoms. If you’re bitten by a black widow, you should seek medical attention.

Brown recluse spiders are common in southeastern areas of the continental United States, including most of Tennessee. Brown recluse venom is said to be more powerful than that of a rattlesnake, but the amount of venom released by the spider is so much less it makes them less dangerous.

You can recognize this spider by their brown color and violin-shaped marking on their cephalothorax. They may enter homes, especially in the fall as the weather is cooling down and they are looking warmth just like all the other critters.

Their spray is incredibly powerful. The smell of it can linger for days with some instances reporting people smelled even after weeks. This spray is also extremely irritating and can cause temporary blindness if you’re unfortunate enough to get sprayed. Skunks typically avoid human contact but they are very quick to spray if they feel threatened.

Skunk spray won’t kill you, or even seriously harm you, but they can cause some extreme discomfort and even difficulty breathing. In addition, someone who’s been sprayed by a skunk may experience nausea and vomiting as well as respiratory problems. Then there’s always the chance of catching rabies from a skunk, they’re one of the primary carriers of it in the United States.

It’s pretty well known that ticks are bad news. Ticks are found throughout the country in every state, including Tennessee. Most of the time a tick bite isn’t a huge deal, but some ticks carry diseases like Rocky Mountain spotted fever and Lyme disease that they can pass on to humans.

The effects of these diseases can last months or even years. It’s believed that 10 – 20 percent of tick bites experience lasting symptoms like arthritis, cognitive difficulties, chronic fatigue, or sleep disturbances. All that makes this little animal very dangerous to humans.

It’s estimated that approximately 75% of people have an allergic reaction of some type when exposed to this plant. The remaining 25% of people have no reaction, I fall in the latter group. For those that are allergic to poison ivy, the symptoms that come with merely touching this plant can range from a mild rash to quite severe.

The rash poison ivy causes is an allergic reaction to something called urushiol, an oily resin on the outer skin of the plant. Aside from an itchy rash, poison ivy can cause swelling, headache, fever, or an infection. If the rash is not getting better within 2 weeks it’s recommended you see a doctor.

Hemlock is a poisonous plant that grows throughout the country, including Tennessee. Merely touching this plant may cause an adverse reaction to some people’s skin, but ingesting it can kill you. It’s believed that Socrates ate this plant in 399 BC and that’s what killed him.

Today the poison hemlock is used by doctors and scientists to create medicine for a host of ailments. As long as you don’t eat any strange plants you should be fine, but ingesting this one can cause respiratory failure and kill you in a few hours if untreated.

I hope you learned a little something in this article, thanks for reading!