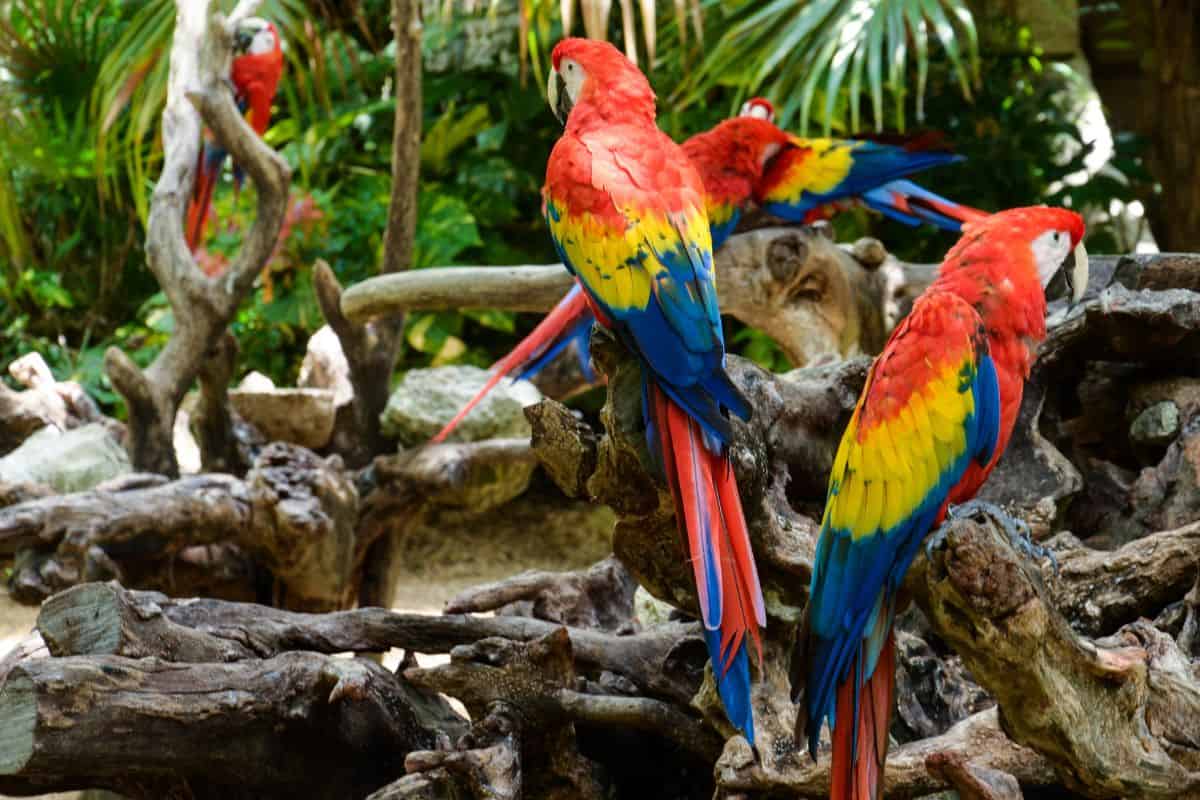 If you have ever wondered what animals start with the letter P, you might be surprised to find that there are actually a lot of them! You can find these creatures throughout the world, and in this article, we’ll cover everything you need to know about animals that start with P!

16 Animals that Start with P

Many animals share the first letter in their names, and they all inhabit various habitats. From all over the world and in many different climates and habitats, here are 16 animals in that start with the letter P.

Parrots, specifically the Thick-billed Parrot, is a medium-sized bright green parrot native to Mexico and the southwestern United States. It has a large black bill and a red forecrown.

They live in groups of up to 1000 birds and feed on insects, seeds, nuts, and berries. These birds are threatened by deforestation and habitat loss caused by logging operations in their natural range, making them one of the world’s endangered bird species.

The pelican species that are native to North America is the American white pelican. It is a large waterbird in the Pelicans family that breeds in North America and then migrates south to the United States and Mexico for the winter.

They nest on islands or cliffs near water sources, where they can easily defend their nests from predators like red foxes and coyotes.

Porcupine is a large rodent found throughout North America. As their name suggests, their quills are what makes them unique. The porcupine is found in forests, particularly coniferous forests.

It is also found in open areas such as deserts, grasslands, and tundra. Their quills are barbed and are frequently used for self-defense when threatened by predators.

During the summer and spring, these animals primarily feed on fruits, berries, nuts, and roots, while during the winter, they feed on the inner bark of trees.

Partridge is a medium-sized gamebird with a long tail that lives in open country with some trees. The bird’s range includes most of Europe and Asia, with isolated populations in Africa, the Middle East, and North America. These animals primarily consume seeds, wheat, berries, and insects during the summer months.

The partridge hens can produce up to 22 eggs, and these birds are monogamous and form long-lasting pair bonds. Their lifespan, however, is extremely short, ranging from 1.8 to four years.

The American polecat is a medium-sized, dark brown mustelid with a long, black-tipped tail. Although you can find it all over the country, it is native to North America, where it is most common. They are usually found in burrows and grasslands, and their diet consists primarily of prairie dogs and small rodents.

The prairie dog is a rodent found in the grasslands of North America, Mexico, and Central America. The species is divided into five subspecies: the black-tailed, white-tailed, Mexican, Gunnison’s, and Utah.

As members of the squirrel family, prairie dogs also tend to collect objects in their dens or burrows. They build their homes underground in mounds that can reach up to four feet high and have multiple entrances.

This fish also has a unique ability to inflate its body using water or air when threatened. Despite the fact that its meat is toxic to most humans, many people consider it a delicacy. 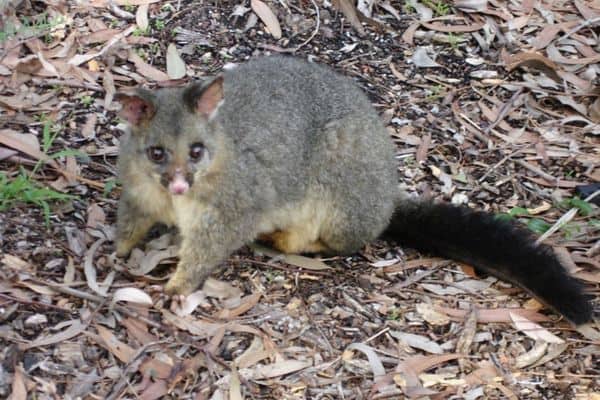 The possum, often confused with the Virginia opossum, is a marsupial native to Australia. Australia actually has many different species of possums, but the most well-known is the brushtail possum. These small mammals spend most of their time in the trees where they feel safe.

Brushtail possums are mostly gray in color, have dark fur on their tails, and a black band across their nose. The brushtail possum is very common across the country with a population of Least Concern, but is a protected species in Australia.

The polar bear is the world’s largest land carnivore. It can be found in Canada, Alaska, Russia, and Greenland’s Arctic and sub-Arctic regions. The polar bear has a white coat to blend in with the snow and ice.

Polar bears are strong swimmers who can cover long distances in open water. They are also skilled hunters capable of killing seals, walruses, and other large animals that live on or near sea ice.

Pronghorn Antelope are native to the western half of North America. They are larger than white-tailed deer, with a thicker neck and a more muscular body. You can find these animals in open grasslands, prairies, and desert regions throughout most of the western United States and Canada.

Furthermore, you can find them up to 6,000 feet in elevation, where they can eat a wide range of vegetation and plants.

The pheasant is a bird native to Asia and Europe, and while it is not native to North America, you can find pheasants here. It has been introduced into numerous other countries and is now considered an invasive species.

Pheasants have long tails and brightly colored plumage (the feathers on their neck).  These birds have an average lifespan of about 3 years in the wild, but some can live up to 18 years in captivity.

Pygmy raccoons, also known as cozumel raccoons, are the smallest raccoon species. These are nocturnal mammals that live in North American temperate forests, specifically on Cozumel Island, where they are endemic. This omnivorous pygmy raccoon consumes insects, fruits, small animals like frogs or lizards, crabs, and fruits.

The Peregrine Falcon is a predatory bird found throughout North America. It is the world’s fastest diving bird, capable of diving at speeds of up to 390 km/h. The appearance of this bird is easily distinguishable, with a blue-gray back and a white underside with black spots.

As carnivorous birds, they are also known to eat other birds, such as pigeons and ducks. They do this by diving from great heights onto their prey, often killing the prey animal. This hunting technique is called “dive-bombing.”

Pike are freshwater fish that can be found throughout the Northern Hemisphere. They have a long, pointed snout and large mouth, which they use to catch their prey.

These fishes are carnivorous fish that eat small animals such as insects, crustaceans (crabs), frogs, and other small vertebrates (including mammals), reptiles, and birds – basically, anything that moves that isn’t too big for them! To ambush their prey, they prefer to live near the weedy and muddy bottoms of lakes and rocky waters, where they can blend in.

The Puss Moth is a small moth native to North America. It lives in deciduous forests, but it can also be found in suburbs and urban parks. Its back wings are covered in soft cat-like fur, hence the name puss moth.

They have a wingspan of 1.5 inches and are typically grayish-brown in color with darker mottling and spots. The caterpillar feeds on a variety of deciduous trees, such as oak, poplar, and willow. Because of the toxins in their fur during this stage, they are known as the most dangerous caterpillar in North America.

Parakeets are small, brightly colored birds found throughout North America. These birds are frequently kept as pets, but can also be seen in the wild. You can also distinguish them by their bright colors and loud calls.

Their bodies can be 5-7 inches long, with their tails accounting for roughly half of that length. These birds eat seeds and fruits, particularly sunflower seeds and millet. You’ll also see them enjoy eating fresh greens, such as broccoli florets and other dark green vegetables.