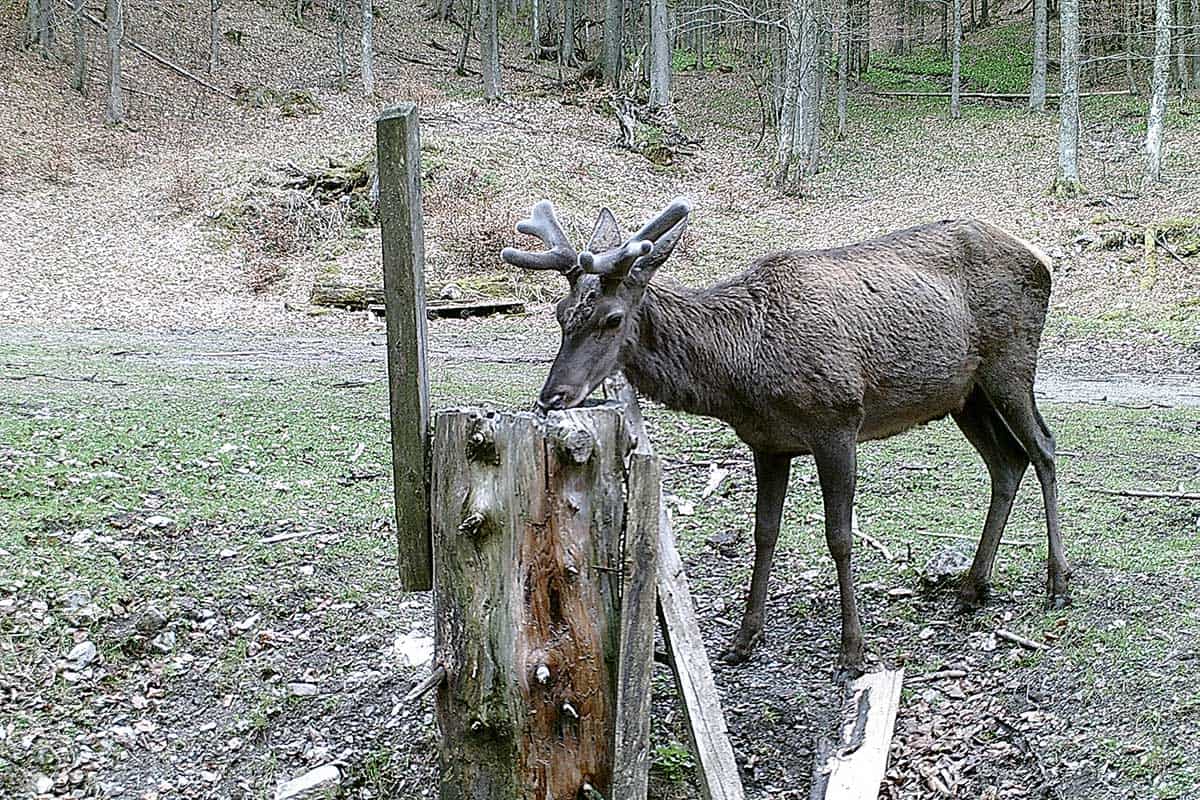 For a while now salt lick blocks have been used to attract deer for more than one reason. Some people may put them out to help the deer in their area, while hunters use them to keep herds in certain areas. While people understand deer like salt licks, not everyone understands why exactly that is. It’s a given that putting out these salt blocks will attract a number of deer, but why exactly do these animals like them so much?

Deer are attracted to salt licks because they know they can get an important part of their diet from it. Sodium isn’t common in nature and a salt lick is an easy place for a deer to get important minerals like sodium, phosphorus, iron, zinc, and calcium. The animal instinctively knows it needs these nutrients and if it discovers that it can easily get them from a salt lick, it will likely return for more.

Are salt licks good for deer?

Using salt licks can actually be good for the deer in your area. Many of the salt blocks put out by hunters contain important minerals and nutrients that these animals need. This allows deer to grow bigger, and stronger, which benefits the animals, as well as hunters.

Some blocks are made just of salt, and will give the deer a tasty snack, but won’t provide any health benefits. These minerals are another reason deer like salt blocks because they can tell they are getting needed nutrients with every lick.

Of course, salt blocks are not enough to supplement the diet deer need. Free-roaming deer will find most of what they need in the wild, but that doesn’t mean these blocks can’t be helpful supplements. Even just plain salt won’t have any negative impacts on the deer, so there’s no harm in putting out a few blocks.

Since salt is so rarely found in the wild, deer will be attracted to salt blocks that people put out. Deer crave salt, much like people crave salty foods and snacks, so they’ll visit a salt lick more than once. Deer are more likely to enjoy these blocks during the springtime when they are most active. A big reason salt attracts deer is because of the dopamine response they have in their brains after ingesting it.

It’s similar to the response most people have when they enjoy something salty. For this reason, salt is considered addictive to deer, and one of the best ways to attract them time after time.

When should I put out a salt lick?

While deer can enjoy salt any time of the year, there are certain times they could use it more than others. Salt blocks may not attract much action during colder months. The best time to use them is during the spring and summer.

This is the time of year deer need minerals from salt the most, and you’ll likely attract entire herds. Whitetail deer specifically can benefit from sodium in the springtime and summer months.

The minerals they find in salt can lead bucks to have healthier antlers, which is one reason hunters like to use them. Deer may only visit salt blocks during these few months, so it’s best to wait and put them out until the start of spring.

You may also like:  11 of the Longest Living Whales (Ranked)

Why do hunters use salt licks?

Even understanding why it is that deer are attracted to salt blocks, not everyone knows why hunters like to use them. One reason is the simple fact that deer like salt lick and are drawn to.

Having blocks out is an easy way for hunters to make sure deer herds stay nearby. The added minerals in many blocks also help deer become bigger and stronger, which is what hunters want to see during hunting season.

For bucks, these minerals have been known to lead to bigger antlers for trophy hunters. It’s rare to find sodium naturally in the wild, so any hunters that want deer near their backyard will likely need a few salt blocks. They are one of the easiest ways for them to make sure they have deer close by come hunting season.

Keep in mind though, baiting deer with salt blocks for the purpose of hunting them is illegal in some states, so check your local laws.

Deer breeds, specifically whitetail deer, enjoy salt lick blocks, but so do many other animals. Various other animals will be drawn to sodium, whether it is naturally in the wild or in the form of man-made blocks.

Rabbits, birds, squirrels, and foxes will also be attracted to salt blocks, which is important to keep in mind before putting any out. Coyotes also enjoy salt licks, which can bring them right into your backyard if they are placed too close.

If you don’t want to attract any of these animals too close to your property then it is best to place salt blocks further away.

Salt lick blocks are known for attracting deer, because of the dopamine rush it gives them and the number of minerals found in sodium that they benefit from. People can put out these blocks to provide supplemental nutrients for these animals, and many hunters like using them to draw herds of deer to their backyard.