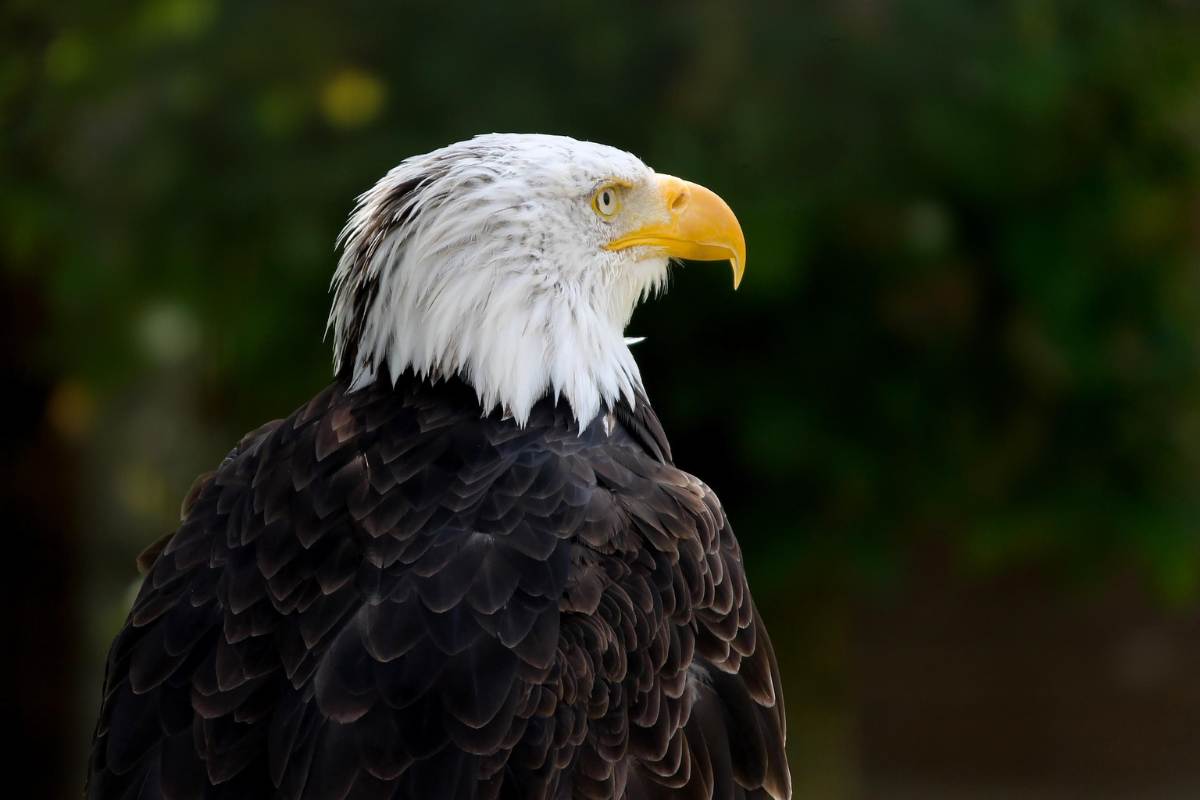 There are more than 50 billion birds across the world, with over 11,000 known bird species. The lifespan of birds can vary greatly from species to species. While warblers and songbirds usually don’t live for more than 10 years, there are many species that can live for decades or more. Which birds have the longest lifespan? These are some of the oldest, longest living birds on record.

12 of the Longest Living Birds

From birds of prey to seabirds to parrots, there are many types of birds with long lifespan. Read on to learn more about bird species that are known for having long lives.

The bald eagle can be found throughout North America and is commonly spotted near wetland habitats. These large birds of prey can grow to have a wingspan between 5.9 to 7.7 feet. Female eagles are usually at least 25% larger than males are.

While bald eagles don’t usually live for more than 30 years in the wild, they can lead longer lives in captivity. The oldest known bald eagle lived to be 38. Some of the threats facing bald eagles include habitat loss, lead poisoning and illegal shootings.

Sometimes called the common puffin, the Atlantic puffin is a type of seabird found in areas near the Atlantic Ocean. The largest population of puffins can be found on Iceland’s Westman Islands. These birds are primarily black and white, but have bright orange beaks and feet.

The Atlantic puffin reaches maturity between the ages of 3 and 6, and it tends to lead a fairly long lifespan beyond that. One puffin in Norway that was banded as a chick lived to be 41!

While that’s longer than the average puffin lifespan, that bird isn’t a major outlier. There are several banded birds that have lived well past the age of 30.

These tropical seabirds spend most of their time flying above the ocean, only returning to land when they’re ready to breed. While in flight, they sometimes hover just above the water so that they can catch fish near the water’s surface. On Easter Island, the Sooty Tern is known as manatura and is treated as a sacred bird.

Most sooty terns don’t mature until around 6 years of age. These birds are very common and tend to live in large colonies.

They commonly live to be more than 30, and the oldest banded bird has a lifespan of nearly 36 years. The sooty tern is vulnerable to many threats, including water pollution and predation from domestic cats.

The great frigatebird can be found around the Indian Ocean and in the tropical Pacific region, including the Galapagos Islands. It’s fairly large for a seabird, measuring between 2.8 to 3.4 feet and weight around 2.2 to 4 pounds of average.

Females are usually larger than males, but males have more distinctive coloring, with a bright red patch of featherless skin beneath their beaks. During mating, males can puff out this skin to attract mates.

You may also like:  9 Hawks in Nevada (With Pictures)

While there’s limited data on this bird’s lifespan, it’s clear that it can survive for many years in the wild. The oldest banded bird on record lived to be over 38 years old!

These large cranes can be found in North America and in parts of Siberia. Its wingspan usually measures between 5.5 to 7.7 feet. Thanks to this large wingspan, the sandhill crane can soar for hours, only occasionally flapping their wings to stay in flight.

In the wild, sandhill cranes are threatened by habitat loss, and a lack of resources has shortened the lifespan of many birds. However, they can live for many years. The oldest recorded bird had a lifespan of 36 years and 7 months.

The Laysan Albatross is a seabird that gets its name from the Laysan Island of Hawaii. Most of these birds are found throughout the Hawaiian islands, with a total population of over 1.18 million birds! It’s a smaller seabird, weighing between 4.2 to 9 pounds, with a wingspan around 77 to 80 inches.

Even though Laysan albatross populations are high, these birds face many threats, including fishing, plastic waste, and predation from domestic animals. This means that the lifespan of these birds can vary significantly. While it lives fewer than 40 years on average, the oldest known Laysan albatross is over 70 years old!

Sometimes called the umbrella cockatoo, this cockatoo species is entirely white, with a semi-circular crest at the top of its head. In the wild, these birds are mostly found in tropical rainforest regions, but they’re also kept as domesticated pets! It typically weighs between 1.1 and 1.4 pounds, with an average length of 18 inches.

The white cockatoo is known for having a long lifespan, especially when it’s kept in captivity. As long as they’re properly cared for, it’s not unusually for these birds to live for more than 60 years! Unfortunately, due to habitat loss, white cockatoos are endangered in the wild.

Weighing as much as 26 pounds, with an average wingspan of 9.8 feet, the California Condor is the largest land bird in North America. These birds are primarily black, with patches of white feathers below their wings. Its neck and head are completely bald, which helps it to stay clean while it feeds.

The California Condor is an endangered species, and at one point, it was completely extinct in the wild. Currently, the known condor population is just over 500 birds. Although these birds face many threats, they can potentially live up to 60 years.

You may also like:  9 Woodpeckers in Colorado (With Pictures)

The American flamingo is the only flamingo species that is native to North America and is especially common in Florida. It can also be found in several other parts of the world, including South America and the West Indies. This bright pink bird is usually found in shallow coastal waters or mudflats.

Most flamingo species are fairly long-lived, and the American flamingo can potentially live for more than 60 years. Betty, an American Flamingo at The Smithsonian Zoo, lived to the ripe old age of 67!

These South American macaw parrots get their name from their coloring, which consists of bright blue and yellow orange feathers, with patches of green at the top of their heads. Due to their striking appearance and their ability to learn human language, the blue-and-yellow macaw is a popular pet.

While macaws already lead long lifespans in the wild, they can outlive the average human when they’re kept in captivity. One blue-and-yellow macaw, which was allegedly owned by Winston Churchill, lived for more than 114 years! The bird, who is named Charlie, has made headlines for his obscene tirades.

Another macaw species with an astonishingly long lifespan is the green-winged macaw! Also known as the red-and-green macaw, these birds are mostly red, with bright blue and green feathers along their wings. They can be found in woodland habitats throughout South America.

The green-winged macaw is one of the largest macaw species, measuring around 26 to 37 inches long, with a wingspan of about 41 to 49 inches. Like other parrot species, these birds can imitate human speech. While they’re sought-after as pets, these birds mate for life, and they can be unhappy when kept alone.

One of the oldest known green-winged macaws is a bird named Poncho, who appeared in films like Ace Ventura: Pet Detective and 102 Dalmatians. This Hollywood bird lived to be more than 90 years old.

Sometimes called the pink cockatoo, the Major Mitchell’s cockatoo is native to Australia. Its name comes from Sir Thomas Livingstone Mitchell, a member of the British Army who served as the Surveyor General of South Wales.

This cockatoo has a mixture of pink and white feathers, with a large and brightly colored crest at the top of its head. The crest has bright red and yellow stripes, which contrasts with the bird’s pale plumage.

Some of the oldest birds on record are Major Mitchell’s cockatoos! Cookie, a cockatoo at the Brookfield Zoo near Chicago, lived to be 83. Cocky Bennet, a cockatoo that passed away in 1916, survived for 120 years.