Listening to the sound of owls outside, having a good old fashioned “hootenanny” made me curious about the owl species that could be found in different states. The Midwest is a common territory for a number of different owls, and since I already covered owls in Wisconsin, I thought I’d find out more about the owls in Illinois. 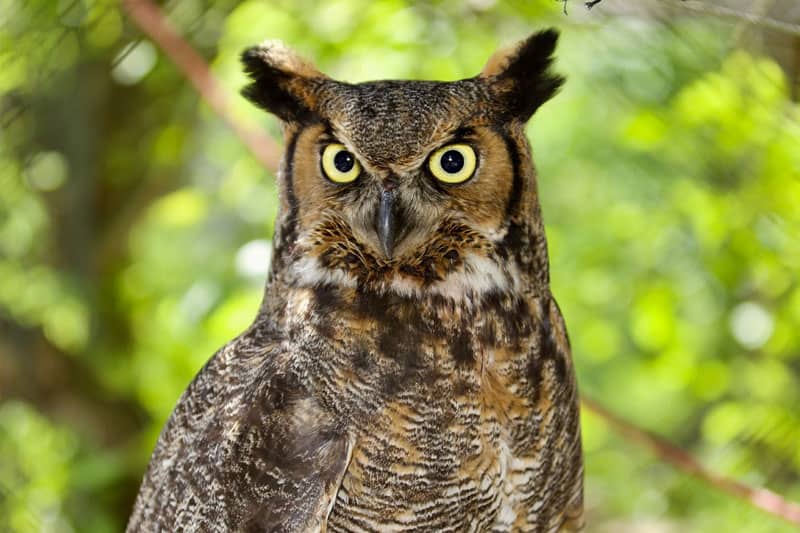 One of the most recognizable of all owls, The Great Horned Owl is a permanent resident of Illinois. The second largest owl in North America, this massive raptor is capable of making a meal out of animals larger than itself. It has a varied diet from small frogs to jackrabbits, and even crows.

They use their powerful grip to break the backs of larger prey, this grip requires 28 pounds of force to unclench! Highly adaptable, the Great Horned Owl is one of the main predatory species in Illinois, and can be found almost anywhere, from the forest, to the city.

This tiny owl is about the size of a Robin. They live year round in the northern part of the state, however during the winter it’s common to find non-breeding populations of Saw-whet owls in Illinois. Though they are rarely seen because of their nocturnal behavior, they are one of the most common forest owls in North America.

Their diet consists mainly of small mammals such as mice and voles. Northern Saw-whet owls have several very distinct high pitched calls. They have been described as sounding like a saw being sharpened, which is where they got their name.

The distinctive, white-faced, Barn Owl can be found almost everywhere in Illinois. They are strictly nocturnal, and prey on small rodents such as mice, voles, and lemmings. Barn Owls swallow their meals whole. They then cough up pellets every few hours, which contain the bones of their prey.

Barn Owls have amazing hearing and can easily use sound to find their next meal. Though found all through the state, Barn Owls are considered endangered in Illinois.

Like it’s cousin, the Northern Saw-whet Owl, The Eastern Screech-owl is known for its distinctive shrill call. These petite owls are not afraid to make their presence known, and though they’re nocturnal, their screeching is a familiar sound for many bird enthusiasts in Illinois.

Eastern Screech-owls enjoy a varied diet of worms and insects, as well as small mammals, and sometimes even eat a bat or two. The Eastern-Screech-owl is comfortable anywhere there are trees. Some have even taken up residence in the suburbs. 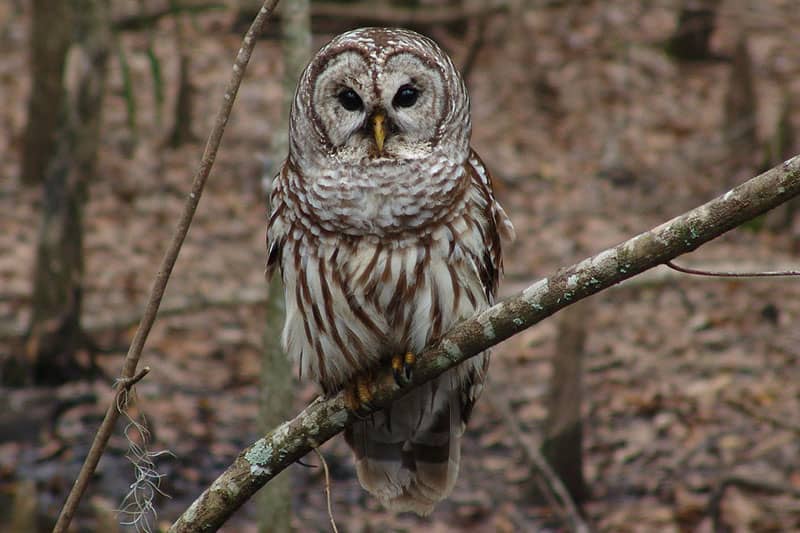 Of the owls on this list, Barred Owls are the biggest home bodies. They rarely travel more than a few miles out of their chosen territory. They are wide spread, and one of the most common owls in Illinois, and the eastern half of the United States.

Barred-owls have a varied diet, consisting of amphibians, small mammals, and occasionally other birds. They prefer to live in wooded areas near water. Some have even been seen wading in shallow water to catch crayfish.

Snowy Owls are not a common sight in in Illinois, but the state is within the Snowy Owls’ irruptive winter range and they will sometimes make an appearance. Irruptive range is an irregular range and simply means they will appear some winters and not others. Snowy Owls that have established a site they winter at, will continue to use that same site.

If there are Snowy Owls near you, they are not as difficult to spot as other owls. They roost in obvious places, and unlike most other owls, they are diurnal and thus active during the day. Snowy Owls prefer wide-open spaces for hunting, but they will perch on a high point. 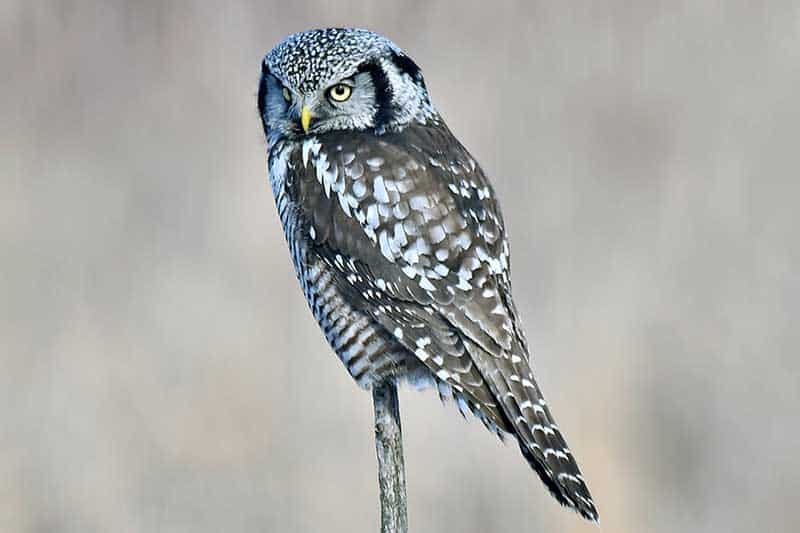 The Northern Hawk Owl can be found in far northern Illinois, but it’s pretty rare. The northern edge of the state is the very southern edge of the owl’s wintering range, but they generally don’t venture this far south unless prey is scarce. These owls mainly live in the boreal forests of Canada, but sometimes travel down in the northern United States in the winter. Populations have declined in Canada so they head south to look for food.

Northern Hawk Owl’s are a bit unusual because they aren’t nocturnal. They hunt primarily during the day, which means that they identify prey by sight and their hearing isn’t as acute as other owl species’. It also makes them a bit easier to spot than other owls. This medium sized owl has an oval shaped body with a long tapered tail and horizontal striping on the chest. It likes to sit on solitary tree tops to search for prey, and can be seen during the day.

The Long-Eared Owl is the most comfortable roosting in dense foliage. According to allaboutbirds.org, the Long-eared Owl has a non-breeding range in the state of Illinois, making them more common in the winter. So while they aren’t terribly common in the state, they are there and can be found if you know when and where and when to look. Though they enjoy the woods for roosting, they need wide-open areas for hunting.