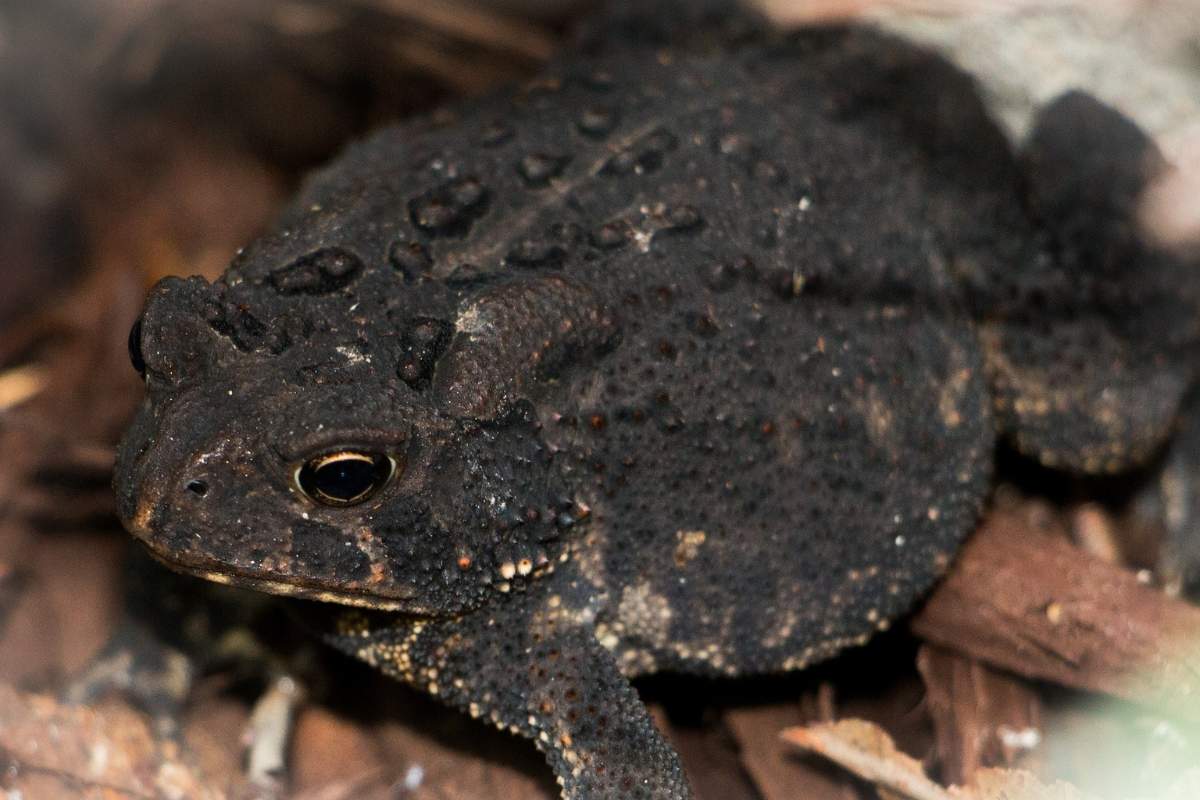 Did you know that the longest-living amphibians can live up to 200 years? Amphibians such as frogs, salamanders, and caecilians are known for their longevity.

In this article, we’ll take a closer look at some of the world’s longest-living amphibians, how they manage to survive so long and why they are so important to our environment. Read on to learn more about 11 long-lived amphibians.

The White’s treefrog is a species found mainly in the tropical and subtropical rainforests of northern Australia and New Guinea. White’s treefrog lives on average 18 years but can live up to 21 years in captivity.

White’s treefrog has a unique appearance compared to other frogs. It has blotches and stripes along its back, giving it a distinct look. Its skin is greenish-gray with black spots.

These frogs can grow up to 7-9 inches in length and have webbed feet, which help them climb trees. They are usually very docile frogs and popular pets.

The tiger salamander (Ambystoma tigrinum) has an average lifespan of 15 to 20 years but has been shown to live up to 25 years. They are native to North America and can be found in a variety of habitats, from prairies to grasslands.

Adults typically reach an average length of 8-10 inches (20-25 cm), but some have been recorded as being up to 16 inches (40 cm) long. It is native to North America and can be found in areas from Canada down through the central United States.

The two-toed amphiuma has an average lifespan of 8 to 10 years and can live up to 27 years at most. It is found mainly in marshes and swamps of the southeastern United States.

This species can grow up to three feet long, making it one of the largest amphibians in North America. The two-toed amphiuma is largely aquatic and feeds on small fishes, insects, and even other amphibians.

Mudpuppys, also known as waterdogs, are typically found in shallow bodies of fresh water and live to an average of 11 years in the wild. However, the oldest recorded living mudpuppy lived to be 30.

A mudpuppys have stout bodies, large heads, and four short legs. They range in color from dark brown to olive green and can grow up to 10-14 inches in length.

The American toad (Bufo americanus) typically has a lifespan of 10–15 years in the wild, but has been recorded to live up to 36 years of age in captivity. It is native to the eastern United States and southern Canada, and is found from Florida to Minnesota. The American toad is a great example of an adaptable species that has flourished despite human encroachment on its habitat.

The American toad lives near permanent bodies of water, such as ponds, marshes, and rivers. During the warmer months, it spends most of its time on land near these habitats in search of food.

It feeds mainly on insects and other small invertebrates like worms and spiders. During the colder months, it will burrow into the ground to survive.

The Japanese firebelly newt (Cynops pyrrhogaster) is native to Japan, where it can be found inhabiting woodland ponds, marshes and slow-moving streams. This species has an average lifespan of 25 years with records of it living up to 40 years.

This newt is recognizable by its orange-yellow belly and dark olive back. It has a darker line running along its spine, which contrasts with its yellow head stripes. The Japanese firebelly newt is an active swimmer, climbing out of the water to sun itself and find food.

The common European toad (Bufo bufo) is one of the longest-living amphibians in the world. Native to much of Europe, this species has an average lifespan of 36 years in captivity but has lived up to 40 years before.

The common European toad has grayish-brown skin with irregular black spots on its back. Its eyes are large and protruding, with golden irises and vertical slits for pupils. It is a burrowing species, meaning it spends much of its time underground, avoiding the hot summer heat by digging tunnels to cool itself off.

The African bullfrog, or Pyxicephalus adspersus, is native to the grasslands and savannahs of sub-Saharan Africa, particularly in Botswana, Namibia, Zimbabwe, and South Africa. The African bullfrog can live up to an average of 30 years but has been recorded living to 45. They are also among the largest frogs in Africa and can reach lengths of up to 15 centimeters (6 inches).

African bullfrogs have a light brown or yellowish body with patches of dark brown on their back and sides. They have strong hind legs which they use to jump long distances and they have powerful jaws that can give a painful bite.

The Japanese Giant Salamanders are found only in Japan and inhabit fast-moving mountain streams. They feed on small fish, insects, and even other amphibians. As adults, they are solitary creatures who spend most of their time hidden beneath rocks or in caves.

The Olm, or Proteus anguinus, is a species of cave-dwelling salamander native to the underground caves and freshwater systems of parts of the Balkans. Olms live an average of 70 years in the wild.

Olms can reach over a foot in length and weigh up to 1.3 ounces when fully grown. Scientists attribute their longevity to a lack of environmental stress, low activity, and infrequent reproduction.

This salamander lives for an average of 50 to 100 years and can grow up to 6 feet in length. They prefer to live in streams, rivers, lakes, and ponds with plenty of aquatic vegetation for cover. This species is often considered a living fossil due to its ancient origins.

You may also like:  What is Snake Island? (Explained)