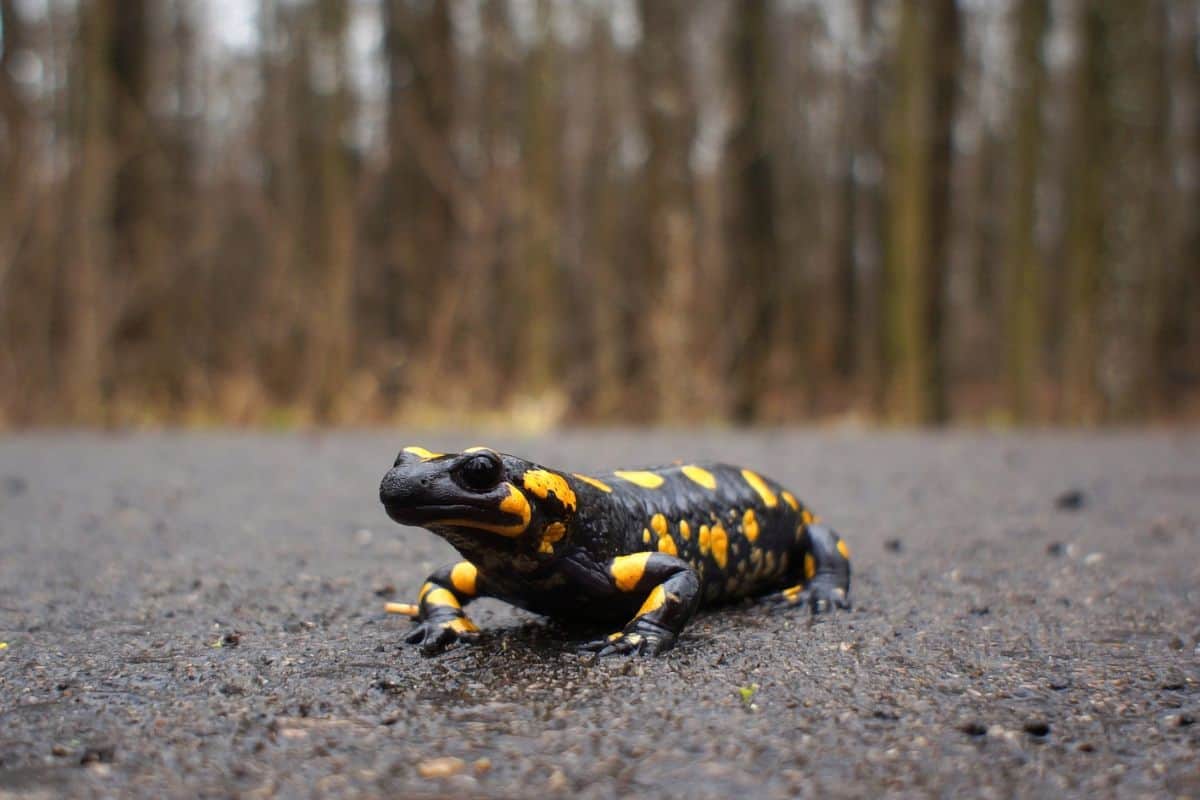 Many people think that salamanders are lizards, but they’re actually amphibians with some of their own unique characteristics! There are two main types of salamanders: true salamanders and newts. Newts usually have rough skin, but a true salamander has skin that is wet and shiny.

What are some of the traits that all salamanders share? If you’re curious about these amphibians, keep reading to discover some of the most distinct characteristics of salamanders. You’ll soon discover that salamanders are fascinating in all kinds of ways!

What is a characteristic?

Characteristics are used to classify animals. While you can find similarities between animals of many different species, an animal’s characteristics are the features that help to set it apart from other kinds of creatures.

If a salamander loses one of its limbs, it can grow a new limb to replace it! Usually, salamanders can regenerate a lost limb in about a month, but it takes around two months for the limb to grow back to its original size.

The size of a salamander can vary greatly based on its species. While many salamanders are only a few inches long, the Chinese giant salamander can grow to be over five feet long.

Although salamanders come in many sizes, all salamanders have slender bodies. Due to the shape of their bodies, people often mistake salamanders for lizards.

Salamanders have very thin skin that is able to absorb water and oxygen. In fact, some salamander species don’t have lungs at all and exclusively breathe through their skin.

Since they have permeable skin, most salamanders live near the water. Some species are even fully aquatic! Salamander skin has multiple layers, and they shed these layers over time.

Tails are very important to salamanders! These amphibians are able to store proteins, fats, and other nutrients in their tails. In addition, salamanders use their tails for movement and mating rituals.

A salamander’s toes are extremely soft. While lizards have clawed toes, salamanders don’t have any claws at all! Various salamander species have developed adaptations that help protect their toes from damage.

Species that climb typically have longer toes that are square at the tip. Salamanders that live on rocks tend to have larger feet and shorter toes. Many salamanders make use of both their tails and their feet as they climb and explore the environments around them.

You may also like:  Where Do Snakes Go in the Winter?

A salamander’s skin needs moisture for basic bodily functions, like making its heart beat. To ensure that their skin has the moisture that it needs, salamanders have glands that they use to secrete mucus. Thanks to this mucus membrane, salamanders are able to keep their skin moist.

In addition to providing their skin with moisture, this mucus protects salamanders from bacteria and mold. Due to this mucus, many salamanders are sticky to the touch. Some salamanders can even produce a glue-like mucus that has adhesive properties.

Salamanders don’t have external ear cavities or eardrums. However, they do have inner ears that are capable of detecting airborne sounds.

Although salamanders have some limitations on their hearing, they’re able to use their lungs to hear! When salamanders breathe in air, they can carry vibrations from the air to their inner ear. This trait also helps salamanders to hear underwater.

Like all amphibians, a salamander isn’t able to use its body to control its body temperature. Instead, salamanders rely on environmental factors, like the sun, to keep their bodies at the right temperature.

Over time, salamanders have adapted to thrive in wet, cool habitats. While there are some species that can thrive in warmer climates, these salamanders usually use water to keep their bodies cool. Salamanders can also seek shade by hiding under tocks.

Human hearts typically have four chambers, but a salamander’s heart is divided into three different chambers. Salamanders have two auricle chambers and one ventricle chamber.

If a salamander’s heart is damaged in some way, it can repair the damage and regenerate the heart. These amphibians have heart progenitors that can regrow damaged tissue and cells. However, if the damage is too severe, it could interfere with a salamander’s bodily functions, preventing regeneration.

Salamanders undergo metamorphosis, which is a biological process that causes an animal’s body to change dramatically as it grows. Many salamanders hatch from fertilized eggs laid in the water. They begin their lives as larvae and develop new characteristics as they age.

Experts believe that metamorphosis is the reason that salamanders are so diverse. While some salamanders go through more significant changes than others, every salamander changes as it grows. Many salamander species start out with gills, but develop lungs later on.

Although salamanders may look harmless, all species are poisonous. Salamanders have the ability to secrete toxins through their skin. These toxins are usually produced by granular or paratoid glands, but some salamanders are poisonous because of bacteria in the environment around them.

While these toxins can be dangerous to the predators that threaten salamanders, they don’t pose a risk to the salamanders. Their immune systems are able to protect them from the toxins that they secrete. Juvenile salamanders tend to be more toxic than than adult salamanders.

Salamanders have blunt snouts with a single nasal cavity. Most salamander species aren’t capable of vocalizations. Instead of using sound to communicate, salamanders are able to communicate with each other through pheromones.