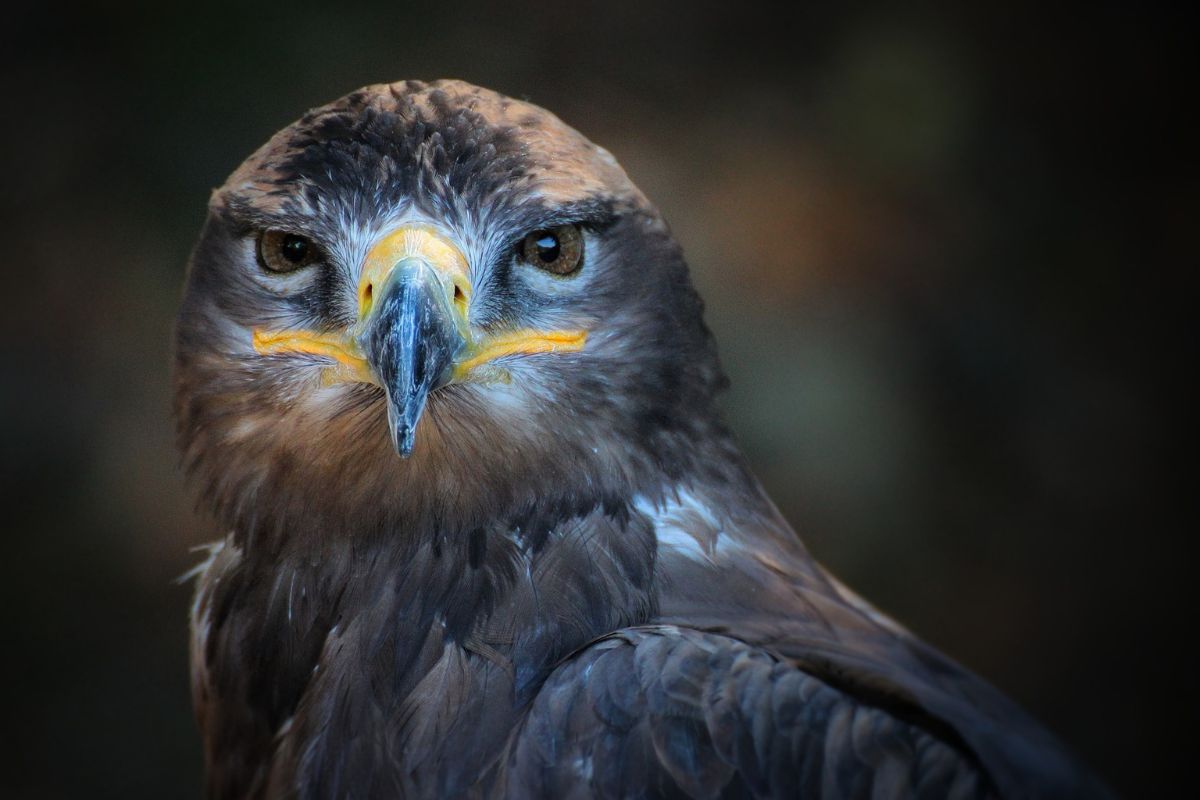 Eagles are large birds of prey, with powerful hooked beaks and sharp talons. They are superb flyers and can reach speeds of over 150 km/h (93 mph). Eagles have keen eyesight and can spot their prey from a very long distance away, with eyes that have 3 eyelids. Some of the more well0known species include the bald eagle of North America, the golden eagle of Europe and Asia, and the white-bellied sea eagle of Australia. Each species has some of their own unique characteristics, others all eagles share.

Eagles are very powerful predators, and will often take down animals much larger than themselves. Below is a list outlining 8 interesting facts and characteristics of one of the most majestic apex predators in the animal kingdom.

A characteristic is a feature of an animal that is immediately apparent, such as eye color or skin pigmentation in humans. A trait is the specific variant of a characteristic that an individual has, such as blue eyes or brown eyes.

At times, populations will evolve so that one trait is dominant within the population. This could make something like brown eyes an adaptation for this population, as other variants of eye color will cease to be expressed in order to ensure the population’s survival.

The large wingspan of eagles is one of their most distinctive features. Eagles have the largest wingspan of any bird of prey, and this allows them to cover vast distances in search of food.

Additionally, the large wing surface area helps eagles to stay aloft for long periods of time, making them excellent hunters. Finally, the wings of eagles are very strong, allowing them to take down large prey. All of these factors together make the large wingspan of eagles one of their most important characteristics.

Eagles have feathers that are specially adapted to help them fly. The composition of their feathers is such that they are very light but also very strong. This allows them to soar through the air with ease and gives them the power to dive at high speeds when hunting.

The structure of an eagle’s feathers is also designed to reduce drag and turbulence as they fly. This helps them to maintain their speed and keep control of their flight even in strong winds.

Some eagles have long, broad tails while others have short, square-ended tails. All eagles have tails that help them to fly by acting as a rudder.

Eagles have incredible eyesight that allows them to see prey from great distances. Their eyes are four to eight times sharper than a human’s, and they can spot a rabbit or squirrel from up to two miles away!

Eagles also have binocular vision, meaning that they can see an object with both eyes at the same time. This gives them depth perception and allows them to gauge the distance of their prey.

But eagles’ eyes aren’t just good for spotting potential meals. They also have excellent vision during the day and the night, thanks to a high number of light-sensitive cells in their retinae. While they don’t hunt at night and have the best vision during the day, they can still see much better at night than many animals.

The beak of an eagle is one of its most distinguishing characteristics. Eagles have large, powerful beaks that are perfectly designed for tearing apart prey. The beak is also helpful for breaking open hard-shelled nuts and fruits.

The inside of an eagle’s beak is lined with a thick layer of keratin, which helps protect the bird from injuries. Eagles use their beaks for a variety of tasks, including preening their feathers, building nests, and defending themselves.

Eagles have incredibly powerful talons that they use to grip and tear apart their prey. Talons are the sharp claws found at the end of an eagle’s toes.

They can be up to four inches long and are incredibly sharp and strong. Eagles use their talons to grip their prey and then use their beak to tear it apart. Talons are one of the eagle’s most important hunting tools and allow them to take down large prey items.

Eagles are among the most recognizable birds in the world, thanks in part to their impressive size and striking coloring. While different subspecies of eagles can vary somewhat in appearance, they all share some common physical characteristics such as distinctive coloring, with most birds sporting a dark brown body and wings, and a white or light-colored head and tail. This coloration provides excellent camouflage when eagles are perched in trees, waiting to ambush their prey.