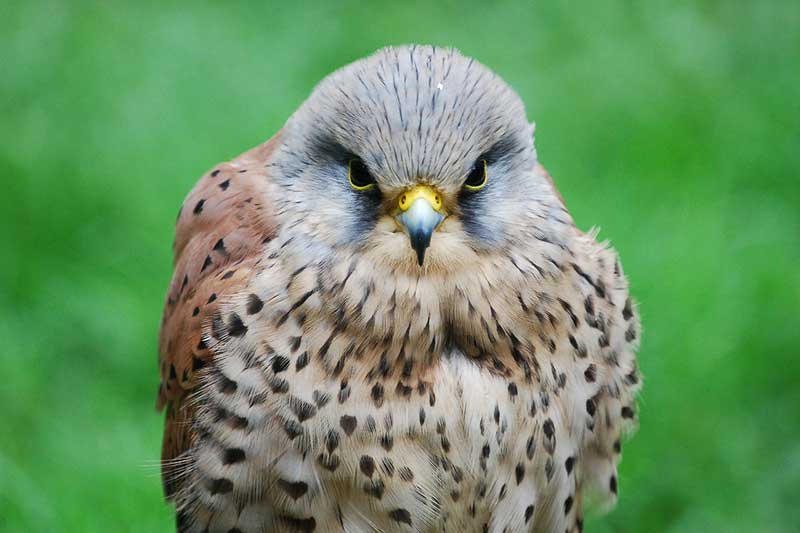 Raptors, or birds-of-prey, are always an exciting sight. Their speed, grace, and power have captivated people for generations, and seeing one in the wild is a truly special experience. Falcons can be an especially awesome sight. They’re small but fast and agile, and capable of acrobatic displays that hawks and eagles could never perform. Ohio is home to many raptors, but there are only 3 species of falcons in Ohio that we’ll be focusing on in this article. These are all easily recognizable birds that can be found even in urban environments.

3 species of falcons in Ohio

The 3 types of falcons found in the state of Ohio are the American Kestrel, Merlin, and Peregrine Falcon.

The kestrel is one of the most widespread predatory birds in North America. It lives throughout the continental US and most kestrels aren’t migratory, so you’ll find them in Ohio all year long. They like semi-open habitats like grasslands and meadows, but they can live in nearly any environment and they seem to thrive in suburban and urban settings. 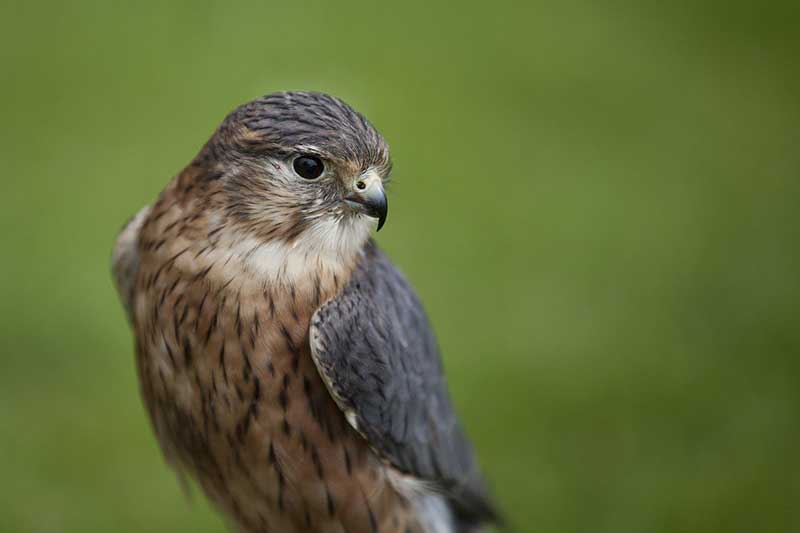 Merlins live all over the northern hemisphere, but have typically been rare in Ohio. Most sightings have been of migrating individuals passing through on their way south. However, as their population grows and spreads, it’s becoming increasingly common to find merlins spending their winters here rather than migrating further south.

When hunting, they fly fast and low, 3 feet above the ground. This unique method of hunting can make them difficult to spot when they’re in flight since you’d have to be fairly to close one to see it. If you manage to spot one in flight, you’re in for a treat: merlins are uniquely fast and powerful, and they are experts at catching their prey in the air.

Peregrine Falcons are the fastest animal in the world. When hunting, they attack their prey in a characteristic steep dive during which they’ve been recorded flying at 242 miles per hour. At that speed, they generate so much force when they strike their prey that they usually kill it instantly.

In fact, it’s so powerful that’s there’s a risk to the peregrine itself and they generally aim to hit a wing rather than the body of their target to minimize risk to themselves.

Peregrine falcons can be found on every continent except Antarctica, and they’re migratory birds in most places. In Ohio they’re mostly passage visitors, flying through the state as they migrate south. In the southernmost portions of the state there may be small numbers of peregrine falcons spending their winters, as this is the northern extent of their wintering range.