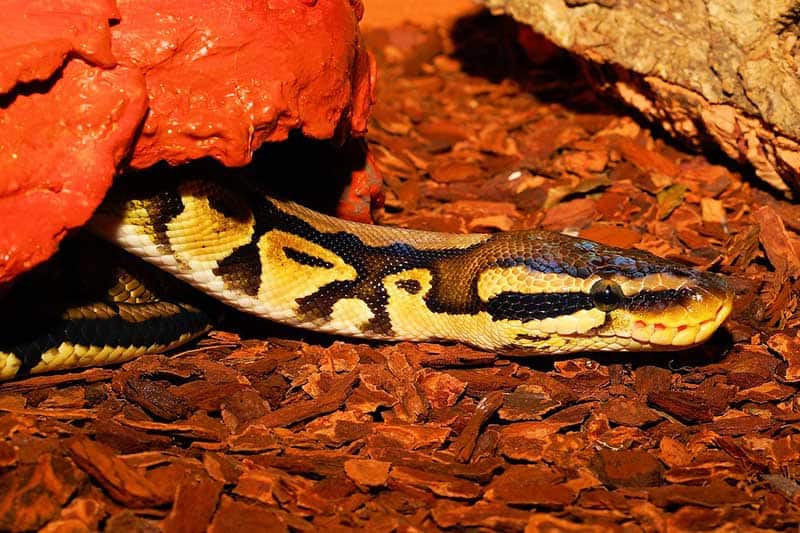 If having a pet that you can bond with is important to you, and you have or have considered a pet snake, then you may have wondered do snakes have emotions? The answer to this question is tricky, because attempting to understand animal emotions in a way that makes sense to us is not really feasible. But, in this article we will answer some of the more common questions about snakes and emotions.

Do snakes have emotions?

Yes, but snake emotions are different than human emotions. The two emotions snakes may feel that are most similar to human emotions, are aggression and fear.

Snakes aren’t exactly the first animal when you think of a cuddly, affectionate pet. One of the criticisms of pet snakes is that they are emotionless and not able to provide the love and affection that perhaps a dog or cat could. But, there reasons for getting a pet other than getting yourself a live-in companion.

This is more of a question of whether or not snakes mind being pet. In the case that a snake does not want to be pet, you will know because the snake may react by hissing, striking, or actively trying to get away from you. However, some snakes are quite content to be stroked and pet and will remain relaxed while being pet.

Can snakes get sad or be happy?

Most likely, no. However, snakes may become lethargic, slow moving, and inactive which many pet owners may link to the snake being depressed. But this lethargy may instead be linked to the snake being in poor physical condition, or not having it’s needs met.

It is a great idea to provide enrichment for snakes, however this isn’t to say you need to put a ball or some other toy in their enclosure. Snakes seem to be curious animals, and in new environments they may explore their surroundings. So instead, just make sure that you put features into your snake’s enclosure that allow for them to move and explore.

Always get a quality enclosure
You an start by making sure your baby snake starts out in a proper enclosure, like this 24 x 18 x 12 inch glass terrarium from Exo Terra on Amazon. It’s perfect for many types of baby snakes, such as Ball Pythons or Corn Snakes, that are up to 2 ft in length. After that you’ll probably need to upgrade to a larger enclosure for your pet.

Different species of snakes have different behaviors, and this should be taken into account when decorating or designing your snake enclosure. For example, some snakes are mostly terrestrial, meaning they spend their time on the ground. For these snakes, you would want to put less things for them to climb up, and more things on the ground to explore.

Do snakes recognize their owners?

There are pet owners and zookeepers that are convinced that the snakes that they care for recognize them. This may be true to an extent, but it is unlikely that a snake recognizes its owner in the same way that most humans recognize each other like through facial recognition or recognizing a familiar voice.

Do snakes bond with their owners?

Naturally, snakes are not social animals and do not have social intelligence. Humans on the other hand, are social animals and have evolved over time to create and maintain relationships. In contrast, snakes don’t really have the capacity to bond with their owners.

It’s more likely that snakes acclimate to their owners and become used to them, which could be interpreted as bonding with their owners. If you have a pet snake that has taken some time before it is content with being held but is now able to be held with no problems, this is likely due to the snake becoming familiar with you, not a strong emotional bond.

Do snakes know their name?

No. Snakes do not hear, at least not in the way humans do. Instead, snakes have a modified “ear drum” that is attached to their jawbone called the columella. Snakes can “hear” when people or animals are approaching by placing their jaw against the ground and sensing the vibrations, which is similar to hearing. However, they wouldn’t be able to hear or recognize their name.

Snakes have a very developed sense of smell. Snakes use their sense of smell to help them detect predators or prey, detect changes in their environment, and they can even use it to help them navigate. Sense of smell is probably one of the most important senses for snakes, so it is very likely that snakes can in fact recognize their owner’s scent.

Pet snakes may be content to “cuddle” or curl up in your lap, but cuddling is not a display of affection for snakes. In fact, if your snake appears to be more cuddly than normal, it may be using you for your body heat, not your affection. That being said, there is no reason you can’t cuddle with your snake! Just know that your snake doesn’t see cuddling in the same cute, affectionate way that you might.

To sum it up, snakes may show behaviors which humans may anthropomorphize, or explain by using human feelings and emotions. However, snakes and humans are different and therefore experience feelings and emotions differently. The most recognizable emotions that snakes may display are fear and aggression, which they may exhibit by fleeing (fear) or striking, hissing, and biting (aggression).

It is totally normal to want an emotional connection with your pet, that’s one of the benefits of being a pet owner! But with a pet snake, you have to be willing for this connection to be one-sided. But no need to feel sad for snakes not being able to feel affection towards their owners, they aren’t social creatures and definitely do not need this validation!

That being said, there are things that can be done to make snakes “happy” in the way that only snakes can be happy. Making sure your snake has it’s needs met (food, water, warmth) is obviously the most important thing, but making sure your snake has the space and ability to explore in it’s enclosure is a great way to improve the quality and of life for your pet.

We hope this answers the question, “do snakes have emotions?”.