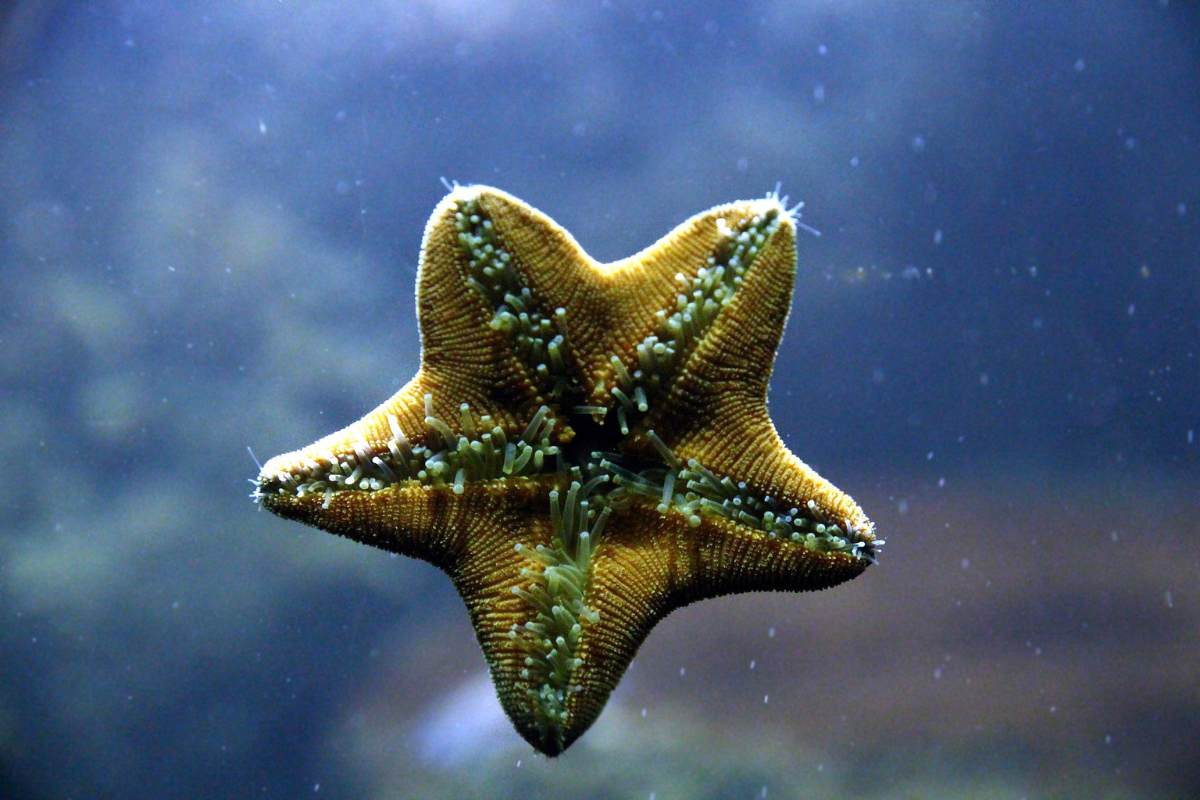 Echinoderms are a unique group of animals that includes starfish, sea urchins, and sea cucumbers. These creatures are often characterized by their five-pointed symmetry and spiny skin. Echinoderms have several unique characteristics and are found in all oceans of the world. They can range in size from less than an inch to over six feet long.

While they may not be the most colorful animals in the sea, echinoderms are fascinating creatures with many unique characteristics. For example, did you know that some echinoderms can regenerate lost body parts? And that sea urchins play an important role in keeping coral reefs healthy?

Read on as we explore 8 interesting characteristics of echinoderms.

Characteristics vs. Traits vs. Adaptations

In this article, we’re discussing characteristics, another way to say the features of an animal that are immediately visible to us. Traits are the different ways a character can be expressed.

For example, hair can be black, red, or blonde. Eyes can be green, blue, or brown. Freckles can be present or absent. These are traits.

Adaptation is the dominance of a trait in a group of animals that allows that group of animals to survive. For example, a population where the gene for “no freckles” is no longer expressed has adapted to only express the character of skin pigmentation as the trait freckles.

Echinoderms are exclusively marine, meaning that they live in saltwater. They have bilateral symmetry as larvae, but radial symmetry as adults.

This means that they have a left side and a right side that are mirror images of each other, but as adults, they have no specific top or bottom, and their arms are arranged around a central point.

Most echinoderms are bottom-dwellers, meaning that they live on or near the ocean floor. Living near the bottom of the ocean is beneficial because there is more food available there. However, some echinoderms float or swim in the open water because they have gas-filled sacs called pneumatocysts that keep them buoyant during certain times.

Echinoderms are a type of marine animal that have many unique characteristics that set them apart from other types of animals. One of these characteristics is the presence of pneumatocysts, which are sacs filled with gas that help the echinoderms to float in water.

Echinoderms use their pneumatocysts for a variety of purposes, including as a means of communication and navigation. The gas in the sacs can be released in order to create a loud noise that is used to startle predators or to attract mates. The echinoderms can also use the gas to help them to rise to the surface of the water when they are ready to mate.

Echinoderms are a type of animal that is characterized by having spines on their body. These spines not only help protect them from predators but also give them a camouflage ability.

When they are resting on the ocean floor, their bodies often look like rocks or coral. This helps to keep them safe from being eaten by other animals.

You may also like:  8 of the Most Common Butterflies in Maryland (Pictures)

Some echinoderms release toxins from their spines as another form of defense. These toxins can deter predators or, in some cases, even kill them.

This means that if they lose an arm or a leg, they are able to grow it back. This ability is helpful for them because it gives them another form of defense against predators. If a predator tries to eat an echinoderm, the echinoderm can lose a body part and then grow it back later.

Echinoderms respire by exchanging oxygen and carbon dioxide through their skin. This process is known as cutaneous respiration. Oxygen enters the echinoderm’s body through tiny pores, while carbon dioxide exits through larger pores.

Echinoderms have open circulatory systems, which means that their blood is not confined to vessels and flows freely through the body cavity. They also have a water vascular system, which is a network of fluid-filled tubes that helps them move and digest food.

Echinoderms are a type of marine animal that includes starfish, sea urchins, and sea cucumbers. They are characterized by their spiny skin and often brightly colored bodies. Echinoderms are found in all oceans and can range in size from a few centimeters to over two meters.

Echinoderms reproduce both sexually and asexually. Sexual reproduction involves the release of eggs and sperm into the water, where fertilization takes place. Asexual reproduction occurs when an echinoderm splits in half or produces offspring from specialized cells on its body.