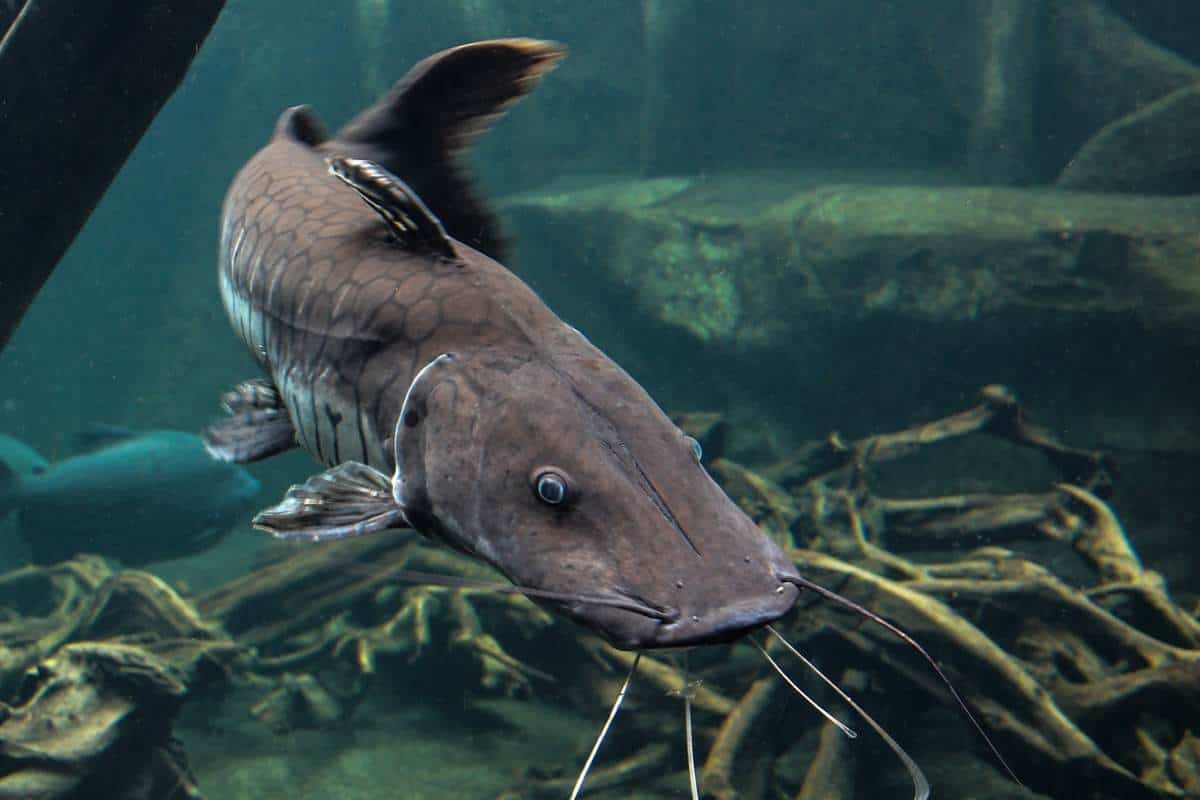 Catfish are one of the most common fish found in lakes and rivers around the world. They’re also used for sport fishing in the United States, where they’re considered one of several “game fish.” These fish are particularly popular because they’re relatively easy to catch, and are known to make a tasty meal. This article will go over the various characteristics of catfish, both behavioral and physical!

A characteristic is a feature that something has by nature. It can be either physical or behavioral.

1. They’re freshwater fish with no scales

Catfish are scaleless freshwater fish that you can find all over the world. They’re also known to live in rivers, lakes, and other bodies of water. Some of them, however, can also be found in saltwater habitats.

Just like other species of fish, these animals also secrete mucus. This mucus protects them from predators by preventing predators from catching them with their teeth or claws. The mucus also protects the catfish from disease by supplying antimicrobial enzymes that help to defeat infectious diseases.

In addition to having barbels with thousands of taste buds, catfish have a keen sense of sight, sound, and vision.

Catfish have excellent sensory abilities, which help them survive in their natural habitat’s murky waters. Their eyes can see in low light because of an organ called the tapetum lucidum, which gathers light and improves their vision.

They also have highly sensitive tissue in their nostrils that allows them to smell a substance at a rate of one part 10 billion parts water. These fish also have extraordinary hearing abilities, being able to hear higher frequencies up to 13,000 cycles per second.

3. They have barbels that resemble whiskers

Catfish have whiskers called barbels, which are a type of sensory organ that helps them find food. These barbels are long, slender feelers extending from the corners of a catfish’s mouth. Although they appear like whiskers, their barbels are actually a special type of skin.

4. Catfish have spines on their dorsal fins.

Many species of catfish use the spine as a defensive tool. It’s found on the edges of the dorsal and pectoral fins, which are used to defend against predators. Catfish prefer shallow water, making them vulnerable to predators like birds, fish, and other animals.

When threatened, these catfish will extend their spines outwards towards the predator to defend themselves. When one of these spines breaks off, venom is released, which can be as painful as a bee sting.

You may also like:  9 Species of Fish That Change Gender (With Pictures)

5. Many catfish are nocturnal

Most of these fish are nocturnal, but some species, such as those in the Auchenipteridae, Loricariidae, and Callichthyidae families, are active during the day. Nocturnal catfish are also known for their unique way of hunting in the dark.

They track the trail of their prey and attack from behind. During this time, they use their incredible sensory abilities to locate their prey effectively.

Catfish are a type of fish that reproduces through egg-laying. Before spawning, these fish lay their eggs in nests built by males in rocks, logs, or river beds.

Females produce eggs based on their body size, with some producing between 3,000 and 50,000 eggs. In order to safeguard them against potential predators, the parents will cover these eggs in bubbles produced by them.

When these eggs hatch, the males protect them for a week until they’re mature enough to leave the nest and begin an independent life.

7. Catfish can thrive in both cold and warm water

Catfish are a very adaptable species, which means they can thrive in pretty much any environment. This is why they can be found in almost all freshwaters around the world.

They can thrive in both extremely cold and extremely warm water, ranging from 68º F to nearly 100º F. However, the ideal temperature for a catfish to thrive is between 75 and 85º F.

8. Some catfish species can walk on land

Catfish are a diverse group of fish that have adapted to living in a variety of environments. Some species can walk on land for brief periods of time, but the majority of catfish species spend their entire lives in water.

One of the well-known species that can walk on land is the walking catfish that can survive up to 18 hours outside of water. This fish prefers to live in water habitats that tend to dry up. When this occurs, they use their ability to walk to move to a different water habitat.

9. They can make sounds

Another unique characteristic of catfish is the sounds they make. As a form of self-defense, these fish can make croaking and squeaking sounds. This is due to the catfish’s pectoral fins rubbing against the pectoral girdle whenever they feel threatened.

Their jerking movements cause their pectoral spines to vibrate. This is known as stridulation, which is the process of producing sounds by rubbing two body parts together.

10. Some male catfish species carry fertilized eggs in their mouth

Some male species are known to fertilize eggs inside their mouths, a process known as mouthbrooding. This is a species adaptation because it allows the father to protect his eggs from predators and drying out.

Among the catfish that do this is the hardhead catfish, which you can find in the Atlantic and Gulf of Mexico. This behavior is also common in catfish from the Ariidae family, which carry tiny eggs in their mouths until they hatch over a period of months.