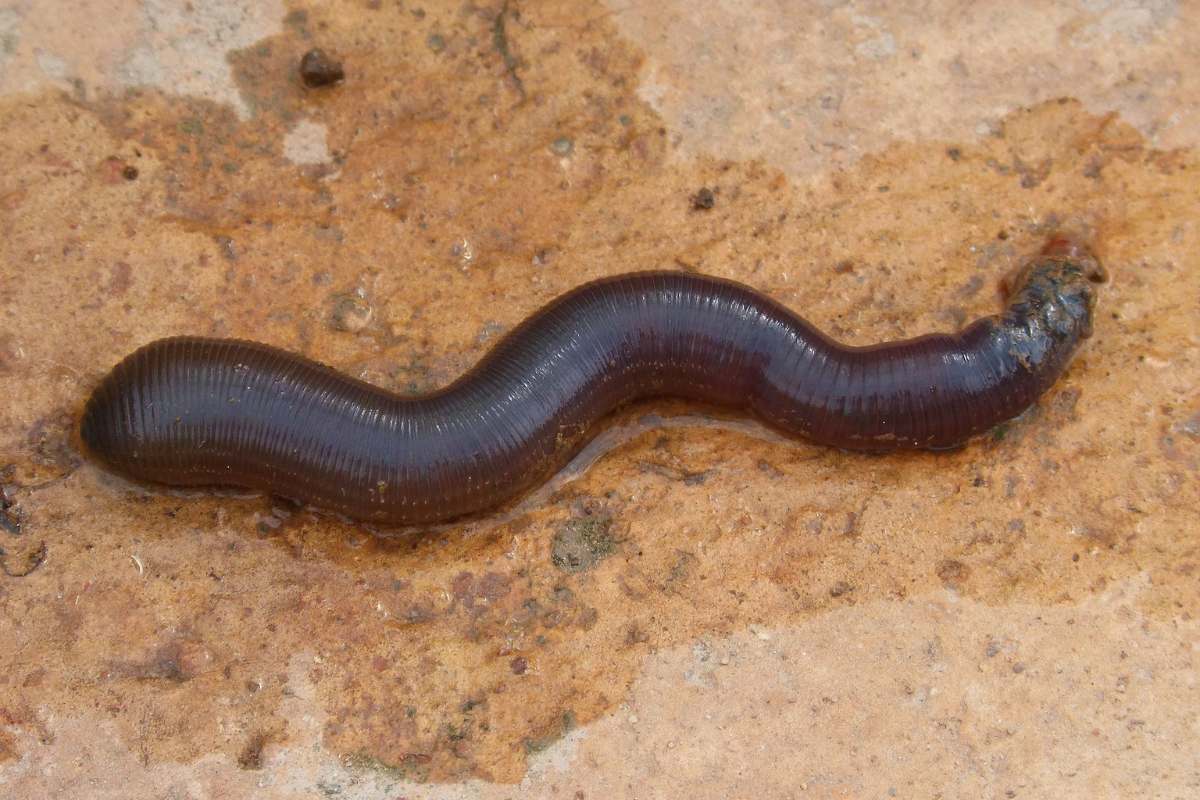 Annelids are classified as segmented worms that belong to the invertebrate phylum of animals. There are over 20,000 species of annelids with a variety of individual characteristics that have been discovered so far, but zoologists suspect hundreds of annelids exist in remote jungles and ocean depths that have yet to be identified.

Annelids are divided into three classes: earthworms, leeches, and marine worms (tube-dwelling, sedentary, or free-moving). Annelid jaw fossils have been dated to around 470 million years ago, but this does not mean annelids didn’t exist long before that time. Fossils of soft-bodied animals at the beginning of their evolutionary development are rare and difficult to find.

Characteristics vs. Traits vs Adaptations

Traits are inherited genes that determine an animal’s color, shape, and instinctual behaviors. For example, annelids share the genetic trait of having segmented bodies. Adaptation involves the process of natural selection and the ability of an animal to evolve physical variations that improve its chances of survival in a changing environment.

All annelids originally lived in the ocean but climate change and extinction events happening over the past 600 million years forced some annelids, like earthworms, to adapt to life on land.

This article will highlight interesting characteristics of annelids that are shared by earthworms, marine worms, and leeches.

Like many other animals, annelids have a sagittal plane (a midline) that differentiates one side of their body from the other. However, both sides of their bodies look identical in form and contour. An example of a bilaterally asymmetrical animal would be a flounder, which has two eyes on one side of its body and no eyes on the other side.

Annelids are divided into segments by shallow but visible rings called annuli that encircle their bodies. This segmentation also exists internally, where the same collection of organs is separated by septa. These organs comprise an interconnected physiological system that includes the circulatory, digestive, and nervous systems.

3. Annelids Do Not Have a Backbone

Zoologists estimate that at least 90 percent of all animals are invertebrates or animals without backbones. It’s believed that all invertebrates on Earth evolved 700 million years ago from just one group of invertebrates.

Although leeches and earthworms do not have a tough exoskeleton to protect them from predators, invertebrates like crustaceans and some insects do have exoskeletons. By living and hiding underground on land or in water, annelids did not have to develop an exoskeleton for protection.

4. Their Bodies “Breathe” For Them

Most annelids breathe through their skin, with a few annelids using gill filaments through which to breathe. Oxygen enters the annelid body via chlorocruorin (a respiratory pigment) or hemoglobin after a specialized gas exchange is completed on the surface of the skin. Hemoglobin in the bloodstream of some annelids is what gives them a reddish-brown color.

5. An Annelid’s Brain and Throat are Next Door Neighbors

The brain of an annelid consists of a cluster of nerve cell bodies called ganglia that wrap around its throat. These ganglia receive external stimuli (movement, pain, light) to “instruct” the annelid on what to do next–move towards the stimuli, retreat, or remain still.

You may also like:  Do Bumble Bees Die After Stinging?

6. Annelids Regenerate Lost Parts of Their Bodies (Except Leeches)

Scientists think this amazing regeneration of lost body parts involves multiple tissue types and special “programming” cells. Most annelids can regenerate tail segments, but not all can regenerate a new head.

Underneath an annelid’s outermost skin layer lies a collection of collagen fibers, lipids, and proteins called the cuticle. The cuticle secretes a special fluid that keeps an annelid’s body moist and flexible. Without a functioning cuticle, an annelid would dehydrate quickly and die.

The internal body walls of annelids are literally all muscle. These muscles contract forcefully to move an annelid forward or backward. Annelid contractions look like waves undulating across their bodies that repeat until the annelid gets to its intended location and ceases muscle contractions.

With the exception of leeches, annelids have tiny, bristly hairs projecting from their bodies called setae that work in conjunction with their muscles for streamlining movement. Some annelid setae are visible while others require a magnifying glass to be seen.

Unlike roundworms, flatworms, and mollusks, annelids have a closed circulatory system as humans do. This means annelid blood travels through a network of blood vessels, carrying oxygen and nutrients to all areas of the annelid body.

Included in the annelid circulatory system are dorsal and ventral blood vessels and five aortic arches that are not actually hearts but heartlike organs that receive and release blood.

Annelids consume organic detritus (dirt, fungus, decaying matter) and filter sediments from the bottom of water sources. They also can be passive or active predators. Leeches are an example of an annelid that is a passive hunter.