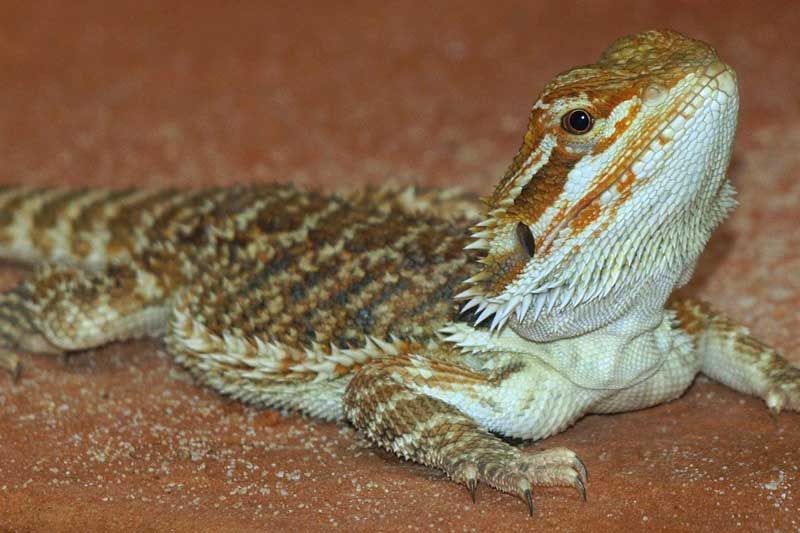 Bearded Dragons are omnivores – they require both plant matter and proteins in their diet. The best way to give them this supplemental protein is through feeder insects, but there’s a wide variety of options available. It’s well known that Beardies enjoy having worms as a special treat, and one of the most abundant and well-known worms is the earthworm – found in every garden in America. Of course, this leads to many Beardie owners asking “so, can Bearded Dragons eat earthworms?”.

The short answer is yes, you can feed your Bearded Dragon earthworms. Many are sold at pet stores and can make for a wonderful treat for your dragon, just like many types of worms. Like any food fed to a pet though, you should check the nutritional value of what’s going into their diet.

It’s important to note that earthworms are very high in fat and worse, have a propensity to carry parasites that can get your Beardie sick. Opinions vary from owner to owner with some people raising their own earthworms for food while others have had nothing but bad experiences, so it can be treated on a case by case basis.

Furthermore, if you’re going to be feeing them earthworms, it’s highly recommended that you take your pet Beardie into the vet every 6 months for a fecal test. This allows the vet to catch any parasites they may get from these worms early and treat them faster. Earthworms also have a high humidity content and can lead to other digestive issues, so keep an eye on their bathroom habits and if it’s watery, then stop with the Earthworms as this can eventually lead to dehydration and other issues.

Earthworms bought at a reputable pet store are your best bet if you figure out your Beardie has a taste for them. If you go this route though, there are a few things you need to check for.

Gut loading is a common and important technique for all of your Bearded Dragon’s nutritional needs. This simply means allowing the worms to eat a substrate such as tropical fish food flakes. You can also get calcium powder to dust the worms with, as many dragons don’t get enough calcium in their food.

There are technically three “subgroups” of earthworms: the compost worm, the Earthworker worm, and the root-dwelling worm. Most store-bought worms are of the Earthworking variety, but if you’re buying them at a bait shop there may be more options as well. Earthworkers are the safest variety for your Beardie. At many bait shops, these may be called “Nightcrawlers”, which is just a distinction that means larger earthworms.

It may be tempting and cost-effective, but don’t feed your Bearded Dragon wild-caught earthworms. These strains are much more likely to have harmful parasites Beardies are particularly susceptible to and it generally isn’t worth the risk. Again, it’s a case by case basis, but if your dragon has prior digestive issues, it’s recommended that they don’t get earthworms.

You may also like:  Bald Eagle Population Estimates (For 49 U.S. States)

Furthermore, there’s the danger that those worms have been exposed to harmful pesticides that can then get in your dragon’s system and cause some major damage. Most worms at the store are grown for this specific purpose and so won’t be exposed to these chemicals the same way ones in your garden might.

As mentioned earlier, there are three subgroups of earthworm. Compost worms should never be fed to your Beardie, as these are the most likely to contain parasites, along with worms raised with certain fertilizers. If you’re unsure, always double-check and err on the side of caution.

What are the best worms to feed a bearded dragon? 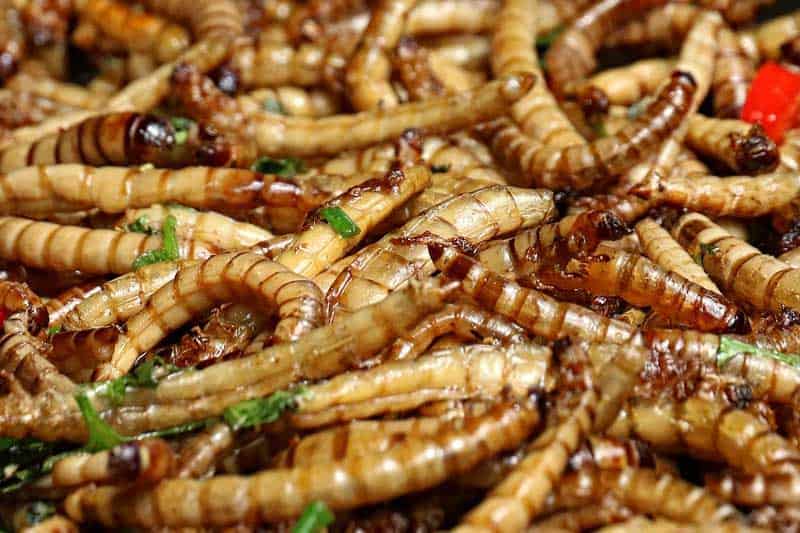 Worms can make fantastic food for your Bearded Dragon and are highly encouraged to be included in their diet. However, not all worms are created equal, and finding the one your Beardie likes best is important. It’s also important to pay attention to the fat content in them and limit consumption if the fat content is especially high, reserving those instead as the occasional treat.

Mealworms are one of the most popular feeder insects for reptiles of all species. They’re affordable and keep well, but it should be noted that their outer shell can be difficult for younger Bearded Dragons to digest, so keep that in mind. They’re a pretty good balance between protein and fat (20% protein and 13% fat) and come in a wide variety of sizes. A good rule of thumb for any of these worms is not to try and feed your Beardie any worm that’s longer than the space between your dragon’s eyes.

Superworms are simply a larger variety of mealworm and have the same nutritional profile. They’re also about 20% protein and 13% fat, which means you can feed more of these to your Beardie than other varieties of worm. Like the regular mealworms, this can be a difficult worm for juveniles to digest; worse, it’s a potential choking hazard for them if the worm is too large to fit in their mouth.

Waxworms are not meant to be given in large quantities as they’re much higher in fat than other kinds (only 15% protein and 21% fat). Many owners swear that waxworms are their Beardie’s favorite food, and it makes sense – they’re essentially junk food. Be careful feeding them to your Bearded Dragon too much, as they can cause drastic weight gain and impact their energy levels as well. Still, when it comes to treats your dragon is practically guaranteed to love, they’ll always hold a special place in owner’s hearts.

Butterworms look very similar to waxworms and make a great smaller option for Bearded Dragons. They’re 16% protein and only 5% fat and can make fantastic supplemental feeders. Butterworms also have significant levels of calcium and don’t need to be coated in nutritional supplements, although it’s still recommended to maximize the nutrition given. These are the preferred worm in all areas, but it should be said that this also makes them more expensive.

Hornworms are also referred to as goliath worms for their size, and can be used as a staple food for your Bearded Dragon. They contain 9% protein and only 3% fat and are one of the healthiest options available. They grow incredibly quickly, so if you buy some and they seem too small, gut load them for a few days until they reach the proper size. Again, the space between your Beardie’s eyes is a good indicator as to what size you need, and they shouldn’t be given to juveniles until they reach a larger size.

Live insects are an important component of the diet of Bearded Dragons. Even though commercial pellets and dried insects are enough for an adult’s staple diet, it should still be supplemented with live foods a few times a week. There’s a wide variety of options to keep your Beardie happy, such as mealworms, superworms, butterworms, waxworms, and hornworms.

Bearded Dragons can eat earthworms as well, but they absolutely shouldn’t be fed wild-caught for fear of parasites and pesticides that can injure your dragon. They’re a relatively fatty worm and can contribute to weight problems and then down the line, joint and digestive issues as well.

So if you’re looking for the best worm for your Bearded Dragon, it’s recommended to go with foods low in fat and higher in protein, just like for humans. Use common sense when feeding them and be aware of the nutritional benefits and detriments. Also feel free to reward your Beardie with an occasional wormy treat!