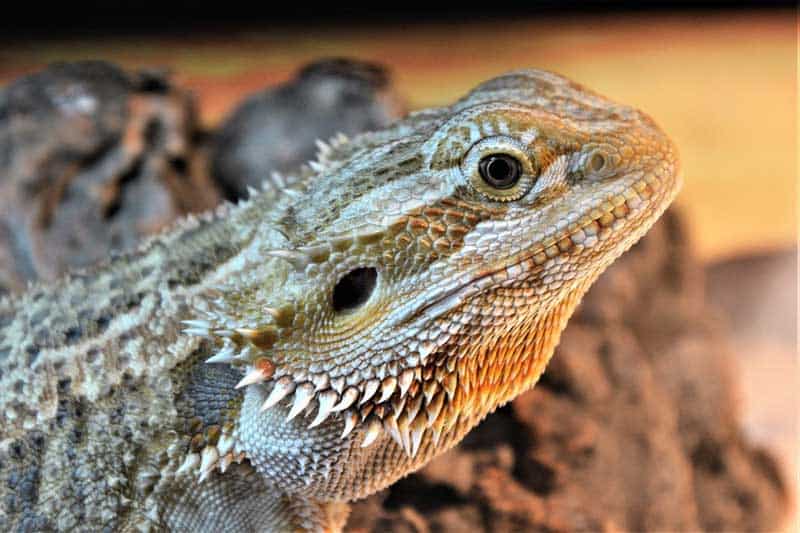 Bearded Dragons are notoriously finicky with certain foods and can go for weeks without feeding, but the opposite problem can also happen. Because of their weird relationship with food, many owners worry about feeding habits and commonly wonder, “can you overfeed a Bearded Dragon?”.

Can you overfeed a Bearded Dragon?

The short answer is yes, you can overfeed Bearded Dragons. Before you get too worried about your adult Beardie, it’s mostly a problem for babies and juveniles. Time and care in feeding is incredibly important when raising Beardies as they grow rapidly and require a lot of it during this phase.

If baby Bearded Dragons are allowed to eat unchecked, they may eat until they’re stuffed. This is because in the wild, it’s imperative for them to get as much food as possible to ensure survival. In captivity this instinct persists, leading to overfeeding.

You can keep your baby Beardie happy and safe by offering small, controlled portions several times per day. Two to three times per day you should, along with the green vegetables, give them unlimited access to insects for about 10 minutes before removing any uneaten insects from the enclosure.

A different issue faces them once they’re grown up – too much junk food. Feeding adult Bearded Dragons too many fatty insects, such as worms, can have an effect similar to fast food for humans. Too many of this type of food can lead to drastic weight gain.

Adult Bearded Dragons will generally stop eating when full. It’s more important to focus on the quality of the food rather than the quantity, just like with humans. Even though they’ll stop when full, if they fill up on treats then they probably aren’t getting all the nutrients they need.

The babies and juveniles are more difficult, as they have an instinctual drive to consume as much as possible, so they should be limited to 3-5 10 minute intervals of feedings of insects.

What happens if you overfeed a bearded dragon?

Overfeeding impacts adult and juvenile Bearded Dragons differently. It’s far more immediately dangerous to baby Beardies, as it can lead to constipation and other dietary problems that can get more serious the longer they’re allowed to persist. In adults, the biggest threat is in them gaining excessive amounts of weight, which can cause further health issues.

If you’re worried that your baby Bearded Dragon has been overfed, common signs are: lethargy, lack of appetite, bloated appearance, dragging or hindered movement in the hind legs, and the inability to control movement in the rear portion of the body. If you see this, call your local herp vet as soon as possible.

While weight gain may not seem like that large of a threat to your Beardie’s health, this can put added strain on their bones and joints. There’s also a risk of developing a fatty liver and can eventually cause organ dysfunction, so it’s important to keep an eye on your Beardie’s weight and worm intake, making them a special treat rather than a food staple.

How often should I feed my Bearded Dragon?

It depends on their age. Adult Bearded Dragons only need to be fed once a day every day. A dish that contains their “staple foods” should be put out in the morning and cleaned up at night, especially since uneaten food can grow bacteria and make their environment unsanitary. The same goes for the insects you provide.

Juveniles are more tricky, as they will try to eat constantly. They should be fed 3-5 times a day where you give them 10 minutes to consume as many insects as they can catch before removing them from the environment.

Bearded Dragons have a wide variety in diet and require both healthy greens and insects to be their best, healthiest self. Their diet should consist of 70% of these fruits and vegetables and around 25% staple insects. Only around 5% should be these special treats in order to keep your Beardie at a happy and healthy weight.

It’s important to see the distinction between your “staple foods” and your treats. Staple foods include:

The following list is foods that should be considered treats and only fed to your Beardie on occasion:

It’s also important to note that there are certain foods you should absolutely avoid with your Beardie, as they could cause them to get sick and cause further problems: