Animals have amazing instinctual functions that we, as the human species, will never be able to fully comprehend. One of the fascinating instinctual actions that some animals perform is migration. There are many different animals that must travel thousands of miles to their destinations in order to survive. In this article, we will take a look at 15 species of animals that migrate, from butterflies to whales; each species has its own unique migration story.

Ruby-throated hummingbirds like to breed in North America but prefer warmer temperatures during the winter months. They start their migration from Central America between late February and early March. They start the reverse route in late August and early September. Sunlight and food availability are the main determining factors in the time of migration.

These hummingbirds travel as far North as Eastern Canada and as far west as Texas or North Dakota. Interestingly enough, ruby-throated hummingbirds do their migration solo rather than in a flock. These birds can be recognized by their iridescent red throat and emerald greenbacks.

Most owls do not migrate. This is not the case with the artic-dwelling snowy owls who breed in Northern Canada and Greenland. They then migrate south in the winter months to Southern Canada, New England, and the Great Lake states. Their migration pattern seems to be largely determined by the availability of food.

Occasionally, snowy owls can travel as far south as Texas or even Bermuda during what is known as an irruption. This occurs when the snowy owls have a particularly large breeding year, and there is an abundance of food in the southern areas. The last large irruption occurred during the 2017-2018 winter.

The Red-Tailed Hawk is an interesting species because it is considered a partial migrant. About a third of the population lives in Alaska, Canada, and the Northern Great Plains. This portion of the population migrates to North America during the winter months.

The other two-thirds of the population lives in North America, Central America, and the Caribbean and stays in the same location year-round.

Like most migratory birds, Eastern Bluebirds will leave their breeding grounds in the North to migrate South during the winter months. They fly travel as far north as the southern tip of Canada and as far south as the southern portions of Central America.

Some eastern bluebirds can travel as far as 2,000 miles during their migration. However, most travel a much shorter distance or even do not migrate at all.

Caribou (often referred to as reindeer) are known for making long migrations in large herds. On the western coast of North America, a herd of about 170,000 caribou known as the Porcupine Herd migrate 400 miles from Alaska’s Brooks Range to the Arctic Coastal plain each spring. Observation of their migration pattern has recognized that they travel in a zig-zag pattern that actually accumulates up to about 3,000 miles in total distance covered!

The largest living mammals make a peculiar migration each year. Blue whales inhabit every ocean except the Arctic Ocean. In the summer months, they tend to migrate to the polls to feed on zooplankton. However, come winter, they head back towards the warmer equatorial waters.

Blue Whales migrations patterns are somewhat of an unknown to scientists. However, it’s believed that migration is mostly inspired by mating rituals and, of course, food availability.

Known as the king of migration, the Arctic Tern migrates the longest distance that animal living on Earth possibly could. That’s right. This bird fly’s from pole to pole each year to follow the course of the summer sun.

The arctic tern has a particular proclivity for gliding, which allows it to travel great distances with minimal effort. Arctic terns travel mostly over water, making them hard to spot during the migration season.

Perhaps one of the more well-known migratory species, emperor penguins make the 100-mile trek from the arctic coast inland to where they lay their eggs each year. Females make the journey each fall to the same location each year. They then head back to the coast during the winter to collect food for their new offspring.

The faithful and life-long male partners tend the eggs during the winter months. The male sits on the eggs and huddle with each other for warmth. The males then head back to the coast to feed once the females have returned.

Atlantic sturgeon spend most of their lives in the sea; however, each year, the sturgeon return to the same river that they were born in to spawn and produce eggs. They typically migrate to larger river systems close to the ocean.

Their predictable migration behavior has landed them on the endangered species list as fisheries knew exactly where to go in order to harvest caviar and effectively decimate the population. The species has made a small recovery since it became illegal to catch them and will hopefully continue to grow over the next several years.

Leatherback sea turtles are one of the most migratory animals found on Earth. They travel up to 10,000 miles each year. They will go from warm, tropical waters where they nest to colder waters in search of jellyfish to eat.

Leatherbacks have a pink spot on their head that is connected to their pineal gland. This allows them to sense changes in light and temperature, which scientists believe spark the migration.

There is not a clear, universally accepted theory on how these butterflies know when and where to migrate. However, a few suggested theories include a sun compass, a magnetic compass, and just plain old genetics.

Humpback whales live across the entirety of the ocean but tend to migrate in specific cycles. During the winter, these whales will migrate towards the equator to reproduce in warmer water. As winter turns to summer, the whales swim to colder waters to feed.

You may also like:  18 Examples of Animals With Double Letters

Pronghorns have the longest land migration in the continental United States. They travel a 300-mile cycle between the Grant Teton National Park and the Upper Green River Basin. This trek is second only to Caribou in length on the North American continent.

Pronghorns are able to travel such long distances due to their ability to travel at high speeds for an extended period of time. Pronghorns can run at 60mph for over an hour at a time. While their top speed is not as fast as cheetahs, the length of time they can run at this speed is greater than cheetahs. 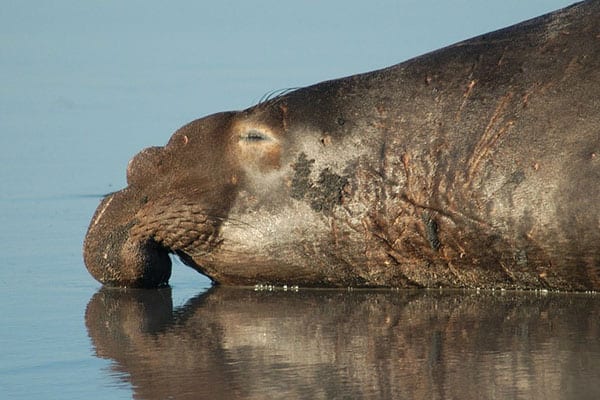 Northern Elephant Seals have one of the more interesting migratory patterns as they only spend 50 to 75 days each year, not at sea. They only come on land twice a year, once to reproduce and once to shed their skin.

The rest of their time is spent making a massive 1,500 to 2,000-mile migration in search of food. Since males and females have a different diets, they actually follow different migration paths. 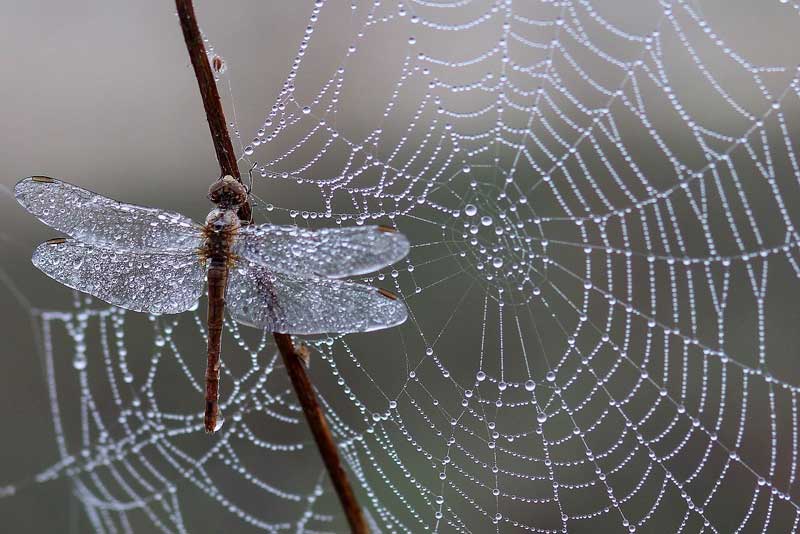 Every year dragonflies make the 14,000 migration from the northern part of the United States down to Mexico. Since dragonflies’ life spans don’t last the entire journey, it takes multiple generations to make the entire trip. Meaning that no dragonfly has ever made the trip before, but somehow they always know when and where to migrate.