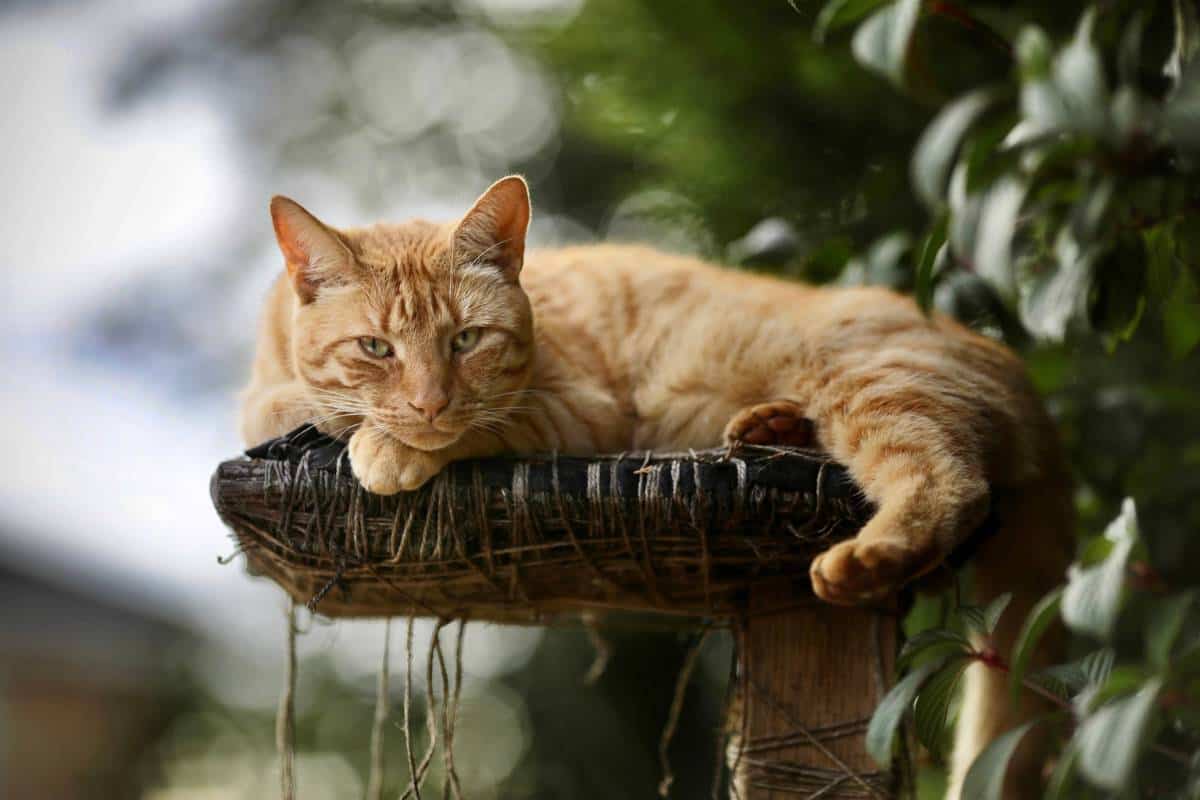 Squirrels and monkeys, for example, must be able to leap from tree to tree in order to avoid predators or find new food sources. The need for speed and agility is what drives them to be acrobatic in this case. Let’s get to know some of these animals and how being acrobatic helps them in the wild.

What does acrobatic mean?

Acrobatics refers to an animal’s ability to do something that appears to be impossible. Many animals can perform acrobatic feats, such as climbing trees, jumping from great heights, and performing aerial flips. This article will discuss 15 animals with this ability!

Ferrets are a type of wild animal that can also be kept as a pet. They’re well-known for their acrobatic movements, which they use to obtain food.

These creatures have the ability to twist their bodies 180 degrees, both vertically and horizontally. Since they’re carnivores, ferrets require a diet with at least 40% protein. Their sharp claws and teeth enable them to tear the meat from their prey, which includes rabbits, mice, and other small rodents.

Octopuses are cephalopods, which means they lack bones and have soft, flexible skin. These cephalopods have eight arms, which they use for swimming, eating, and even mating.

These species live in warm, shallow waters all over the world. Octopuses prefer to hide in crevices or under rocks, but some species can also be found on the ocean floor.

They can change their color to help them blend into the environment, and they can even change their texture, so it feels bumpier or smoother than normal. If that fails, octopuses can take off on land for short periods of time to avoid predators.

Cats are small mammals with soft fur, sharp teeth, and retractable claws. These adorable creatures can be found as human pets in almost every part of the world. Cats are very agile animals that can perform difficult movements because their vertebrae have elastic cushioning disks between them.

As a result, they can easily bend and twist their bodies without injuring themselves. As playful animals, having this ability greatly benefits them in their daily activities.

Foxes are small canines with a variety of characteristics, such as thick fur and pointed ears. They can be found worldwide, but they prefer areas with low population densities. Foxes are excellent at hiding, so they live in burrows and mark their territory with their distinctive scent glands.

They’re also very agile animals, easily jumping over fences and leaping from branch to branch. Foxes are known to be just as agile as cats. They also have sharp claws, which help them dig for food and catch prey easier than other animals.

Bears are mammals that can be found all over the world. They have many distinguishing characteristics, such as their large size and bulky body shape.

You may also like:  10 Animals That Can Fly and Swim (with Pictures)

These magnificent creatures are omnivores, which means they consume both meat and plants. You can find bears in a variety of habitats, including forests and tundra.

These creatures are also known for their acrobatic movements, such as running on all fours or standing on their hind legs. Due to their curiosity, they can use this behavior to climb to higher ground where they can smell and learn more about their surroundings. Bears can also climb trees in order to collect fruits or avoid predators.

Weasels are a type of woodland mammal that’s distinguished by their small size, large eyes, and agile movement. These creatures have bushy tails and razor-sharp teeth, and can also swim, climb, and run at speeds of up to 15 miles per hour.

These amazing animals live in woodlands, pastures, or grasslands, where they can eat mice, moles, rabbits, and other small animals. Some of them can even fit in a ring-sized space due to their ability to squeeze themselves into very small spaces.

Dogs are a species of animal with distinct behavior and characteristics. They’re one of the most common pets in the world, having been domesticated and known to be man’s best friend. Dogs can live anywhere humans do, but they prefer to be close to them.

They’re also known for being trained to perform a variety of movements, such as jumping, running, climbing, and other activities that require great speed and agility. These cuddly animals were originally bred for hunting purposes, but they have become more useful as human companions over time.

Otters are aquatic mammals that spend the majority of their time in the water but can also live on land. Otters can perform a variety of movements, including swimming and diving, and they’re strong enough to carry large fish in their mouths.

These mammals have streamlined bodies that allow them to move quickly through the water. They can also twist, turn, and roll when necessary. Otters have also been seen sliding and burrowing in mud or snow.

Orangutans are large, orange-brown apes that live in Borneo and Sumatra’s tropical forests. These apes have orange to reddish-brown fur, long arms, and grasping hands that they use to climb trees, get food, and carry objects.

Orangutans walk on all fours but can stand and sit upright when on the ground; however, when they want to move quickly through the trees, they use a hand-over-hand grip similar to how you would climb a ladder. They can also hang upside down by grasping tree branches with their feet.

The leopard is a large, spotted cat that lives in Africa’s deserts and forests. It has a uniform coat of black fur that’s broken up by large, rosette-shaped black and brown spots. Leopards are also the world’s fifth largest cats, weighing up to 80 kilograms.

These big cats are very athletic and agile, too! They’re great at climbing trees and can jump as high as 10 feet from a standing position. Leopards can also reach speeds of up to 58 kilometers per hour.

Gibbons are a type of ape found in Southern Asian rainforests. They’re known for their distinct features, such as their long arms and legs, enabling them to swing from tree to tree easily.

These animals eat various foods, mostly fruit, leaves, flowers, and occasionally insects. Gibbons are extremely acrobatic, swinging through trees and performing other impressive feats such as hanging upside down.

Seals are mammals that can be found in cold waters all over the world, but they prefer to live in areas where there is plenty of food. They can swim long distances but prefer to stay close to the shore.

These aquatic animals are best known for their aquatic movements. Seals propel themselves through the water at high speeds with their flippers, tails, and bodies, performing tricks that would entertain any observer. They’re even one of the animals that humans have taught to do tricks.

Squirrels are small rodents with bushy tails that live in trees. They’re omnivorous, eating nuts, plants, insects, and occasionally eggs. Some squirrels live on the ground in burrows, while others live on treetops.

These rodents are unique in that they can move quickly through trees and perform some extra movements. Some species can fly from tree to tree using their skin flaps, while others can jump vertically and horizontally. They’ll even survive if they fall from 200 feet in the air.

Pumas, also known as mountain lions, cougars, or panthers, are solitary hunters who use camouflage, stealth, and speed to stalk their prey.

They can be found in North America and live in a wide range of habitats, from forests to desert regions. Pumas can easily climb trees thanks to their padded paws and sharp claws. These animals can jump up to 45 feet horizontally and run at speeds of up to 80 kilometers per hour.

Lemurs are primates living in Madagascar and are notable for their movements to survive in the wild. These primates can be found in marshy areas and are frequently found in trees.

They’re very agile creatures and excellent tree climbers capable of easily swinging through trees. When they’re upside down, they use their hands to grasp branches and their feet to support themselves. Lemurs are also known to be excellent jumpers, with the ability to jump distances of up to 330 feet across.