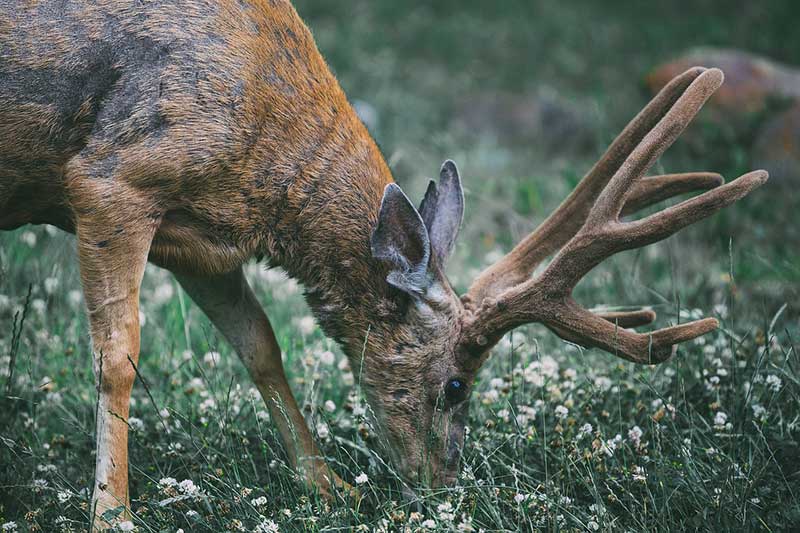 You may have seen images of how majestic deers look with their long, branched antlers. Antlers are extensions of the deer’s skull and come in handy for various reasons in their life. They are also strong and sturdy parts of a deer that can withstand impacts from fighting, so how do these antlers shed? And, why do deer shed their antlers? Find out answers to these questions and more on deers and their antlers!

Why do deer shed their antlers?

Deer naturally have lower testosterone during the winter or early spring. However, there are also other reasons why testosterone levels may decrease, leading to antler shedding. Examples include:

Do deer bleed when they shed their antlers?

Yes, there is some bleeding. Antlers are covered by a coating called “velvet” that has dense blood vessels to carry nutrients to growing antlers. This protects it from infections and breakage. When deer shed their antlers, there will be an open wound at the pedicle where the antler connects to the skull. This wound bleeds briefly before scabbing.

However, it isn’t an extensive amount of bleeding. Antlers will typically shed after blood has already stopped flowing to the antler velvet, so it dries, cracks, and falls off.

Although it may look painful, especially with the bleeding, shedding antlers doesn’t hurt deers. However, it does appear to itch. The shedding process typically takes less than 24 hours. Sometimes you might see deer thrashing their antlers against small trees or brush to speed up the shedding process.

Do deer shed their antlers every year?

Most types of deer shed both of their antlers around the same time. However, there are instances where they shed one antler and carry the second one for hours or a couple of days before shedding it.

How fast do antlers grow back?

Antlers typically have a six-month growth cycle after the wound has scabbed. For young deer, their antlers will grow back around 1/8-inch per day and, for adults, antlers will grow around 0.25 inches per day. The growth rate will slow down during the late summer months once the antlers start to harden.

Deers will start having visible antlers when they are around 4 months old. Growing antlers requires energy. Therefore, deers usually don’t have antlers if they don’t have the proper nutrition to grow and maintain the antlers.

Do all deers have antlers?

Not all. In most deer species, only the males will grow antlers. The one species of deer native to Korea and China where both males and females don’t grow antlers is the water deer (Hydropotes inermis).

All deer species are hoofed mammals that make up the family Cervidae. Some common species you can find in North America with antlers include:

Are there any female deer with antlers?

Reindeer are the only species with females that have antlers. This is because reindeer have to compete for food more than other species. You can typically find them in colder regions and they will use their antlers to dig in the snow when searching for food. Females with large antlers will also use them to intimidate other reindeer into staying away from their food sources.

Female reindeer often keep their antlers until spring because they need access to additional nutrients when they are pregnant. They typically give birth in April or May.

How do deer use their antlers?

Besides reindeer using their antlers to search for food, males typically use their antlers to attract mates or for sparring and fighting during the mating season. This form of competition not only occurs when securing mates but also to defend their territories from each other.

Additionally, antlers can help deers stay cool during hot summers. For example, they will use their antlers to create space in the mud so they can lie in it, relax, and stay cool. Antlers also come in handy as a defense mechanism against other animals as well.

Deers will shed their antlers every year due to changes in their hormones or if they don’t have enough energy and nutrition to maintain the antlers. For males, this usually occurs when testosterone levels drop after the mating season or if they become injured.

The only deer species where females grow antlers are reindeer because they need antlers when searching for food. Also, no need to worry if it hurts! Shedding antlers isn’t painful for deers, although it might itch a little.