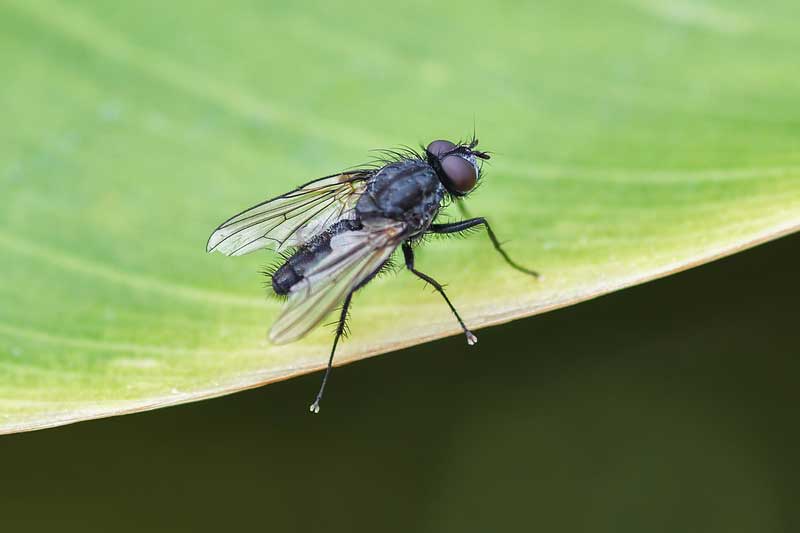 F​lies may be mostly harmless, but that doesn’t mean they’re pleasant to have around. They’re annoying and having them around just makes you feel kind of dirty. We associate flies with filth and decay, and for good reason. So, naturally, when there are a bunch of flies around, we tend to assume something’s is rotting or unusually dirty. In this article we’ll try and figure out why there are might be so many flies outside your house.

Why are there are so many flies outside my house? 7 reasons

One of the most overlooked causes of a fly infestation outside the house is dog droppings. Dog owners often don’t worry about picking up their dog’s droppings in their own yard. Of course, it’s also possible that other dogs in the neighborhood are doing that in your yard, and their owners just aren’t picking it up.

Either way, that can create a perfect breeding ground for flies. They lay the eggs in the feces, and when the larvae hatch there’s plenty of food for them. Flies have remarkably short lifespans, so it doesn’t take long for them to go from egg to full-grown adult. If there’s a large fly population outside of your house, this is one of the first things you should look for. C​leaning up the dog droppings will help, but you also need to be sure to remove as many of the adult flies as possible before they can breed.

A good bug zapper like this one can do that for you. It has a scent attractant as well as the UV light attractant to draw in as many flies as possible. We’ve been using this one at home for a while now and we like that satisfying noise when we know it just zapped a bug. 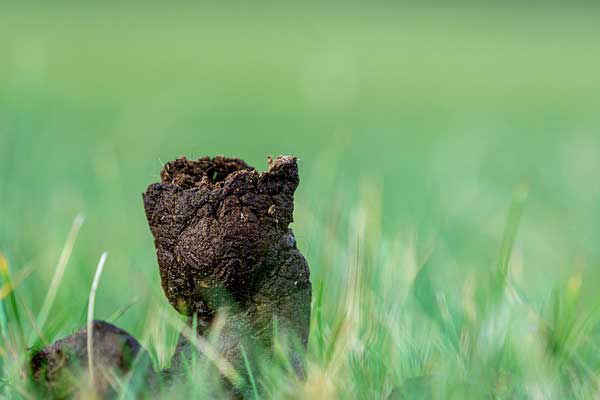 2. Other animal droppings in the yard

Dogs aren’t the only animals that can poop in your yard. Cats, fortunately, tend to bury their leavings, so they won’t cause a fly problem. But there are plenty of other animals out there and if you live in a rural area, wild animals might be causing your fly infestation.

T​his is, admittedly, less likely than dogs, but it does happen. The solution is the same: clean it up as much as you can and buy a good bug zapper. The zapper will only help keep the fly population under control near the home.

I​n addition to feces, carrion is one of the best possible breeding and feeding mediums for a fly. Maggots are, of course, infamous for their taste for rotting flesh. If you don’t see any animal droppings in your yard, it’s time to look for a dead animal.

People often assume that they would know if there was something dead around their house, because they would smell it. This is only partially true, if a small animal dies while it’s underneath the house, in the attic, or in some other enclosed space within or right next to the house, you’ll definitely smell it.

I​f it’s out in the open somewhere, that’s less likely. Often those carcasses are consumed so quickly by scavengers (such as maggots and flies) that they never really give off much of a smell. Plus, in the open air, it’s more difficult to smell it.

Once you’ve removed the dead animal, you still have the adult flies to deal with. They can and will breed in even the tiniest amount of organic matter, so if there are adult flies, they’ll find someplace to lay their eggs near your home. Best to get rid of them. Traps like these can remove the flies quickly.

I​f you’ve got a fly problem, and you store your trashcans outside, it’s a safe bet that’s where the flies are coming from. Most people forget to clean their trashcans. After all, it’s where you put your trash, it’s dirty by definition.

But trashcans can accumulate a lot of rotting organic matter over time, and if they’re sitting outside that can really get pretty nasty before you notice a problem. They provide plenty of space and food for flies to breed. Hosing down your trashcans regularly will fix the problem.

You’ll also want to hang up some of these glue traps near the trash cans. They’ll catch most of the flies and they can really help prevent them from getting inside your house. Plus, since you can see all the bugs they catch, you’ll know if you’ve got problems with other bugs like roaches or mosquitoes.

Throwing food scraps into the trashcan feels like a waste, but tossing them out in the grass, where they’ll decompose and fertilize the soil, certainly feels less wasteful. If you only do this once in a while it should be fine, but of you make a habit of it, you’re creating a big problem for yourself.

I​f you don’t want to just throw your food scraps away, you should consider composting them. Unfortunately, even compost is a prime breeding ground for those pesky flies. After all, it’s nothing more than decomposing organic material. 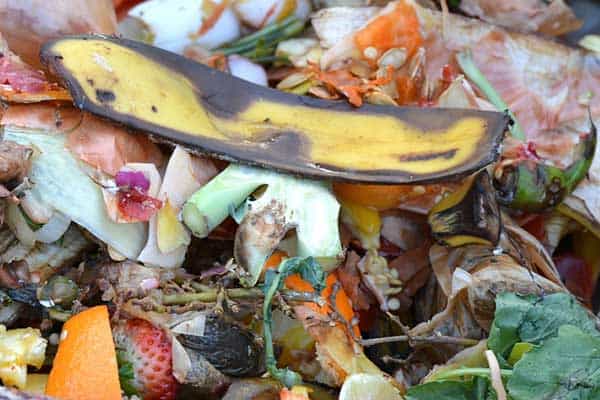 You really don’t want your compost to be infested with maggots, and you don’t want a swarm of flies around your compost, either. Fortunately, there’s an easy fix: keep your compost contained. If you’re composting properly, this shouldn’t be a problem anyway because you should be using a barrel, drum, or tub to cover your compost and keep it at the proper temperature.

F​lies love manure, and manure, either on its own or mixed with other materials, is a common and remarkably effective fertilizer. If you’ve got a large garden and you notice lots of flies outside, they’ve probably been drawn to the manure or fertilizer you’re using. You could, of course, use any of the solutions listed above, like bug zappers or traps, to get rid of the flies.

You may also like:  12 Types of Crabs in Florida (With Pictures)

However, if they’re drawn to the fertilizer, they may be spread out quite a bit, and catching them all in traps and zappers could prove difficult. If the flies are really bugging you though, it’s worth trying a few of the few tips we mentioned above. Or exploring Amazon for some other fly deterrent products.

The Bug A-SALT rifle may seem gimmicky, but it’s shockingly effective. It shoots a few grains of salt at a time, at high speed. It’s more accurate than you’d think, it really does kill the flies, and it’s so fun you won’t mind going killing them one at a time.

Flies are everywhere when it’s hot, it’s just a fact. They’re dormant when it’s cold and spend winters in what’s called “diapause” which is sort of like hibernation. Once they feel temperatures warming up, they come out of this state of reduced metabolic activity and begin looking for rotting flesh and feces to lay their eggs on.

Any of the above factors could affect the amount of flies that you see around your yard and house in a particular season.