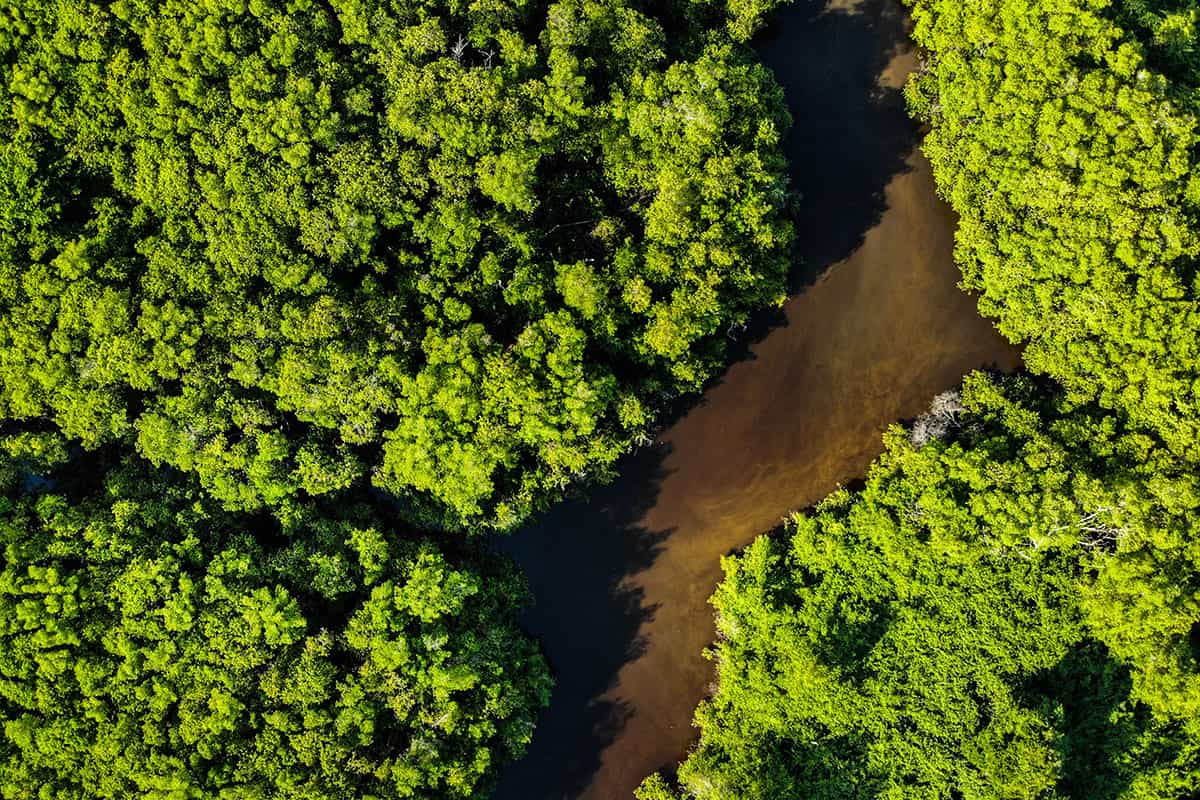 Less than one hundred miles off of the coast of Brazil is the unique landmark called Snake Island, or Ilha da Queimada Grande. This place has a human population of 0, but is home to thousands of dangerous snakes.

What is Snake Island in Brazil?

Snake Island is essentially a small island off the coast of Brazil that is inhabited by thousands of snakes, and no humans. The real name for the island is Ilha da Queimada Grande. It is covered in dense vegetation and home to the golden lancehead that is endangered and endemic to the island.

Some of the rainforest found on this unique island was burned in an attempt to clear vegetation off the island. There is also a lighthouse sitting on the island that is used to make sure ships would steer clear.

It is a fairly small island, and thousands of years ago it was actually connected to the rest of Brazil, until rising ocean water cut it off from the mainland. The lighthouse is still in use on the island, but it has been automated since it was built, and no people have gone to Snake Island since.

You can find Snake Island, Ilha da Queimada Grande, just off the coast of Brazil. It is just 91 miles away from the shore. The elevation on Snake Island ranges from 676 feet above sea level to right at sea level.

It is considered a small island, with an area of just 110 acres. Only 62 acres are made up of rainforest, with the majority of it being barren and covered in grassland and rocks.

How Long It Has Been Around

Snake Island has been around for thousands of years, and at one time it was actually connected to the rest of Brazil. When sea levels rose after the Ice Age, Snake Island was disconnected from the rest of the continent.

The lighthouse automated to keep boats away was first built in 1909, and at first, it had to be manned by a person. The lighthouse has been automated since then to keep people away from Snake Island.

Found off the coast of Brazil, Snake Island is closed to public access. The Brazilian government decided to do this for the safety of endangered snakes on the island, as well as the safety of the public.

The Brazilian Navy has access to Snake Island, and approved researchers are also permitted to visit. Research teams need a waiver to get on the island. It is blocked off to prevent any unauthorized people from trying to explore Snake Island.

The name Snake Island comes from how many snakes can be found on this island. Many of them are endangered, as well as venomous. This island has one of the highest snake populations of any other area around the globe, and it has been estimated you could find one snake every 10.8 square feet.

Hundreds of thousands of snakes were once thought to live on Ilha da Queimada Grande, but recent studies found the population had dropped to between two thousand and four thousand.

You may also like:  Dangerous Wildlife in Michigan (8 Animals)

Most of these snakes are found in the rainforest region of Snake Island. It is not clear why the population could have dropped, but researchers believe it could be due to the limited resources and food.

Snakes on the Island

The island is most famous for its population of Bothrops insularis, aka the golden lancehead. There are a few types of snakes found on Snake Island, but the golden lancehead is the most prominent. These snakes have an extremely dangerous venom that almost always leads to death if a person is bitten.

Any sanctioned island visit requires a doctor to go along because of how dangerous this snake is. The Dipsas albifrons are found in smaller numbers on Snake Island, and they are not venomous.

Despite being closed to the public, Snake Island does see smugglers who will take snakes to sell on the black market. They target the golden lancehead, an endangered species which has been known to be sold for up to $30,000.

Locals in Brazil who live close enough to Snake Island to hear about it have adopted two popular urbane legends that they love to share. There is one story about a man that ended up on Snake Island, but did not know about the danger there.

As he walked the island and picked bananas, he was bitten and went back to his boat. However, he dies in the boat from the snake venom and is not found for a few days.

The other popular urban legend is about the lighthouse on the island, and the last man who operated it. While in the lighthouse with his wife and children, snakes come in and attack the whole family. Even though they tried to run away from the lighthouse, the family quickly dies.

There are a few frequently asked questions about this interesting Brazilian island.

Can You Visit Snake Island?

The public is not allowed on Snake Island. Only authorized people can visit, and a doctor must be accompanying.

Are The Snakes on Snake Island Dangerous?

The snakes found on this island are extremely dangerous, and the golden lancehead can kill a person quickly. Even immediate medical attention does not guarantee survival.

How Many Snakes Live On Snake Island?

It is estimated that as many as 4 thousand snakes currently live on the island, but the population used to be much higher. The Golden Lancehead is one of just a few species of snakes living on the island, but it’s unclear how many.

Snake Island is certainly one of the most interesting places in Brazil to learn about. Even though it has been blocked from public access, it can still be fun to learn more about this landmark, and understand how it is standing today.