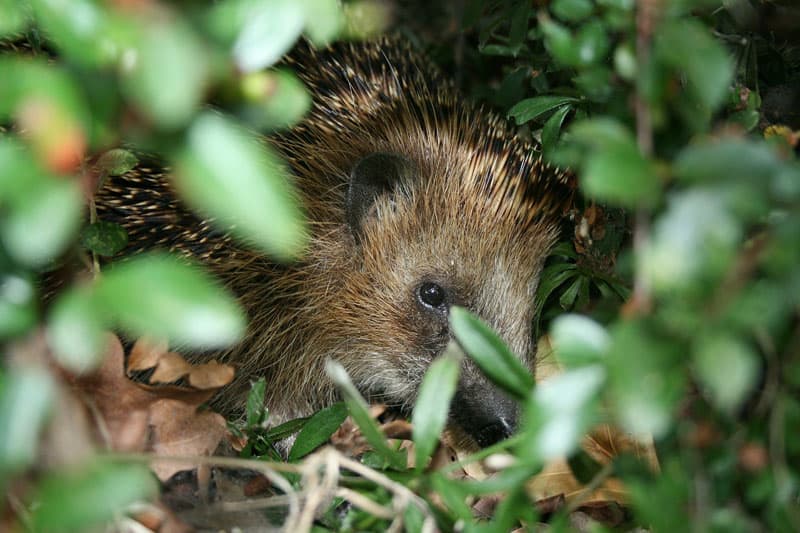 Venomous mammals are rare – but that doesn’t mean they’re impossible. Venom may be an ancestral feature of many mammals, but the presence of modern physical weapons like claws and teeth are generally sufficient for them to defend themselves today. There are still a few notable exceptions to this rule who have maintained their venom, so let’s explore the amazing world of venomous mammals and why they’ve continued using this method.

Both the male and female Platypus hatch with keratinized spurs on the hind limbs, but the females lose these during development. These spurs are connected to the venom-producing crural glands, which become highly active during the mating season.

When they attack, they drive their hind legs together with such force that the spurs are embedded in anything caught between them, and will repeatedly jab the victim. These spurs have enough strength to support the weight of the platypus, which has been known to hang from them while still embedded, requiring assistance for removal.

Fact: The Platypus is one of the few mammals that lay eggs.

Moles may seem like they’re harmless, but this animal is in fact venomous! They have paralysis inducing saliva that’s used to incapacitate victims and bring them back to their homes where they slowly eat them over the long winter.

Prey for the mole includes mice, rabbits, and other small animals. It’s also been seen being used to paralyze earthworms, allowing it to conserve energy chasing them throughout the dirt and makes storing much easier.

The Northern Short-tailed Shrew developed its venom in order to paralyze their prey, either to eat them or to keep them alive in times of shortage – it’s been known to simply store its immobilized prey under rocks.

This small animal is capable of consuming up to three times its weight. When hunting, this animal will attack from behind and go for the neck in order to allow the venom to act more quickly, affecting the nervous system as a neurotoxin.

You may also like:  15 Animals That Can See in the Dark (With Pictures)

Vampire bats are especially amazing because they have a type of sensor located in their nose that helps them to identify their prey and locate exactly where the blood is flowing inside of them. Unlike what you may expect, they tend to ”attack” from the ground rather than from the air.

They’ll bite their “prey” with their sharp teeth and draw blood into the mouth, which it then swallows. They use their venom as an anticlotting agent in order to give them time to get enough sustenance from them before it stops bleeding.

Slow Lorises are the only known venomous primate. They possess a dual composite venom consisting of saliva and fluid produced from an apocrine sweat gland on the animal’s forearm. Both fluids have been found to be venomous individually, and they’re considered more potent when mixed.

This venom is used for anti-parasitic defense and communication, as well as while competing for mates, food, or territory. Slow loris inflicted wounds are a major cause of premature death in zoo and wildlife slow loris populations.

The Solenodon is a small and nocturnal animal that’s commonly referred to as a “living fossil”, as they share many similarities with primitive mammals that were likely around during the Mesozoic Era. Unlike other poisonous mammals, toxic salive is produced under the jaw which is is then transported by pipes to the front of the mouth.

Their second incisor has a groove where toxic saliva accumulates in preparation of the bite. The main function of this venom is to immobilize prey, such as insects, reptiles, amphibians, and even birds.

Unlike the previous species on this list, the African Crested Rat doesn’t produce its own poison. Instead, it chews the bark of the poisonous Acokanthera schimperi tree, and then the mixture of saliva and toxins are distributed through the body.

When threatened, it will bristle and show its brown coat with white stripes, the coloration of which meant as a warning for potential predators. It’s unknown as of yet how the rat is immune to the toxins.

Like the African Crested Rat, the Hedgehog doesn’t produce its own venom but rather relies on another organism for it. Rather than a plant however, the Hedgehog will lick and chew on the skin of poisonous toads before spreading the poison on their spikes.

Once they roll into a ball, these spikes can be used to fend off attacks, and the poison can seriously injure or even kill the would be predator. It is not used for any hunting purposes, and can be washed off relatively easily.