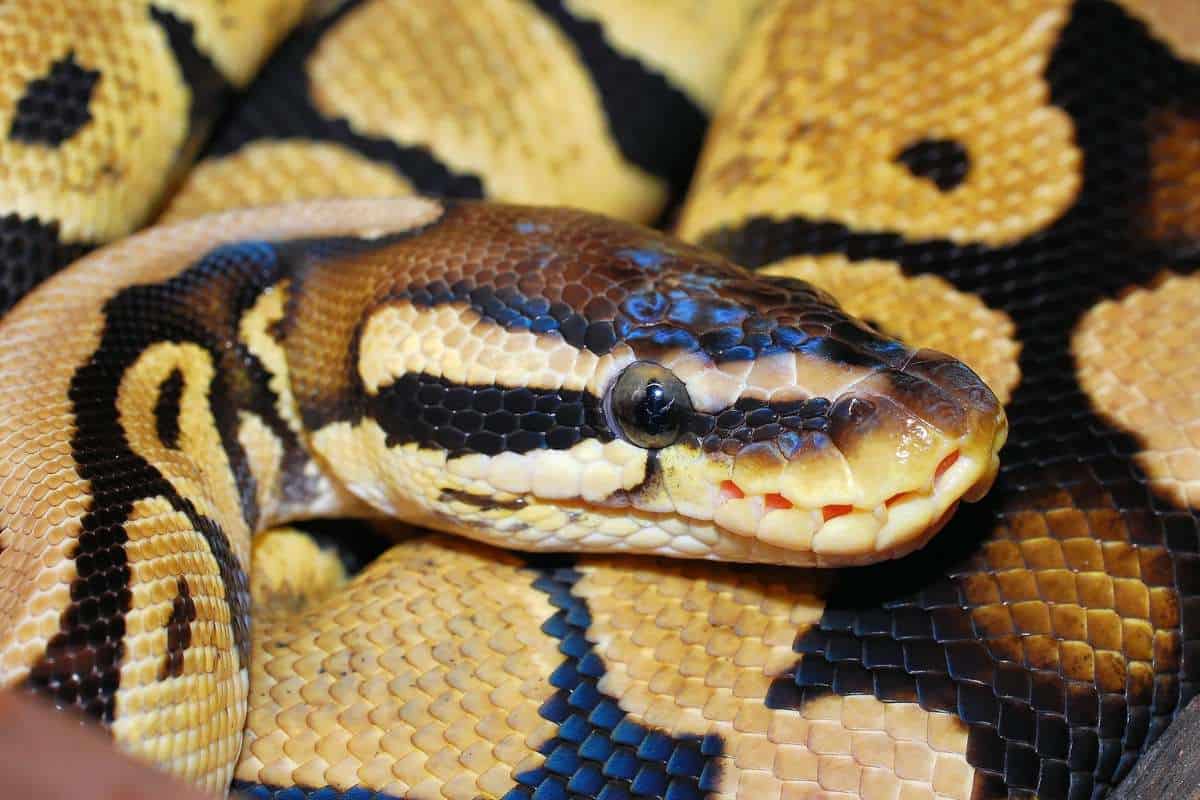 Are you interested in learning about some of the longest-living snakes on earth? The average lifespan of a snake can range anywhere from 5-25 years depending on the species, but certain snakes have been known to live up to 42 years- more than double the lifespan of most domestic pets like cats or dogs. In this article, we’ll discuss 12 species of long-lived snakes and why they live as long as they do.

Here’s a list of 12 of the longest living snakes on Earth. We’ll start with number 12, a snake that is one of the most common colubrid snakes in North America and a species that most people are familiar with. The garter snake.

The garter snake (Thamnophis sirtalis) is a species of snake found across North America, from Canada to Mexico. They typically grow between 18 and 24 inches in length and are usually black or brown with yellow or white stripes running down their backs and sides.

Garter snakes are usually found in grassy areas, near wetlands, or along the edges of bodies of water. They feed mainly on small animals such as frogs, lizards, insects, mice, and small fish at a younger age.

Garter snakes tend to be quite social, often gathering in large numbers to hibernate during the winter months. They are also harmless to humans and can even make good pets.

The hognose is a small-to-medium-sized snake with a broad nose, hence the name “hognose”. They come in a variety of colors, from solid black to bright orange, and often have scales that form a rectangular pattern.

Hognose snakes are usually found in warm climates such as the southeastern United States, Mexico, and Central America. They typically live in sandy soils near grassy areas or other vegetation, where they can hide easily. They feed on small animals such as frogs, lizards, and insects.

The amazon tree boa (Corallus hortulanus) is a species of snake found in the tropical rainforests of Central and South America. They can reach up to 6 feet in length, though they are usually smaller than that.

These snakes generally have a base coloration of brown or reddish-brown with darker splotches and markings scattered over their bodies. They also have a distinctive orange or yellow stripe that runs along either side of their backs.

These snakes are known for being great climbers, and they spend much of their time in the rainforest canopy. They feed mainly on small birds, lizards, and rodents that live in the trees around them.

The green tree python (Morelia viridis) is a species of snake found in New Guinea and surrounding islands. They can reach up to 6 feet in length, though they are usually smaller than that. They are a very vivid green color.

Males of this species are generally smaller than females and can be identified by their thicker tail base. They have also become increasingly popular with snake owners in recent years due to their stunning coloration.

You may also like:  Do Alligators Eat Humans? (The Truth)

The milk snake (Lampropeltis triangulum) is a species of colubrid snake found throughout North America. These snakes grow between 2 and 4 feet in length and have a variety of colors and patterns. They are often mistaken for the venomous coral snake due to their bright colors.

The burmese python (Python bivittatus) is a species of nonvenomous constricting snake native to a large swath of Southeast Asia, including Myanmar, Thailand, Indonesia, and parts of China. It is one of the world’s largest snakes and can grow up to 19 feet (5.8 m) long and weigh up to 200 pounds (90 kg).

Burmese pythons have been popularly kept as pets and as such, they have made their way into some non-native habitats, including Florida’s Everglades. They have become an invasive species in these areas and can cause significant damage to the local ecosystem.

The rattlesnake belongs to the pit viper family, which includes other dangerous species such as the cottonmouth and copperhead. The snake gets its name from a rattle at the end of its tail that it shakes when it feels threatened or as a warning to potential prey.

The rattlesnake has a unique set of features that make it well-adapted to its environment. It has a triangular head and hinged fangs that can fold back into its mouth when not in use.

The rattlesnake also has heat-sensing pits located between its eyes and nostrils that allow it to detect the body heat of potential prey. This helps it to hunt effectively in the dark or even underground.

Rattlesnakes can be found across the United States and parts of Mexico, usually in deserts, prairies, and rocky areas near a source of water. They are predominantly nocturnal animals, so they are rarely seen during the day.

The reticulated python (Python reticulatus) is native to Southeast Asia and parts of India. These giant pythons are among the most popular reptiles in captivity.

As their name implies, they sport an intricate pattern of diamond shapes on their bodies. They can grow to an impressive length of 20 – 30 feet- a reticulated python currently holds the world record for the world’s longest snake.

Reticulated pythons are semi-arboreal and like to climb trees, though adults prefer to stay close to the ground where they hunt prey such as birds, reptiles, small mammals, and even primates. While they are not venomous, they can squeeze the life out of their prey using their strong coils.

The corn snake (Elaphe guttata) is a non-venomous species native to North America and can grow up to 3 feet in length. They have distinctive color patterns, including red and yellow bands around their bodies, which give them their common name.

They are also well-known for being docile and easy to handle, making them popular pets. Corn snakes have a diet consisting of small rodents and small birds.

They are also known for their ability to climb, as they have a flexible, lightweight body that allows them to coil around thin branches or other structures. Due to their adaptability, Corn Snakes can be found in a variety of habitats including woodlands, rocky hillsides, and even suburban areas near human dwellings.

The king snake is found in various habitats across North, Central, and South America. It can reach lengths of up to 6 feet, with some species measuring as long as 8 feet. The king snake has a unique color pattern consisting of black, yellow, and white stripes that look like an intertwined rope.

The diet of the king snake consists mostly of small rodents and other reptiles such as lizards and frogs. They are also known for their voracious appetite, capable of consuming prey that is larger than themselves. King snakes are nocturnal and can often be found hiding in dark cavities such as hollow logs or under rocks during the day.

Boa constrictors are known to be gentle and curious creatures that enjoy interacting with their human companions. They can grow to an impressive size of about 8-13 feet long and weigh over 30 pounds! While boa constrictors are relatively docile, they can still strike fear into their prey with a quick squeeze of their formidable muscles.

The average size of a full-grown adult ball python is 3-5 feet long, but some have been known to grow over 6 feet in length. The ball python is a carnivore, and its diet consists primarily of mice, rats, rabbits, and other small mammals.

It has an excellent sense of smell which helps it locate prey. The ball python is nocturnal, which means that it spends most of the night hunting for food and then hides in dens or burrows during the day.