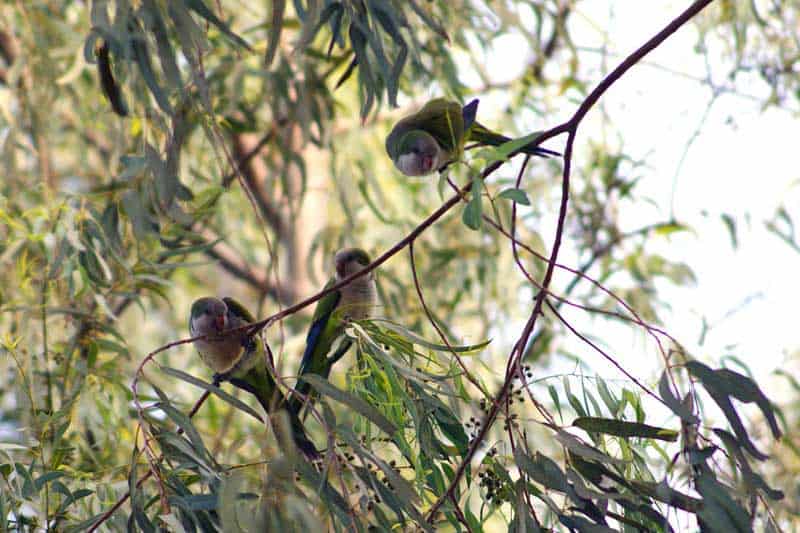 13 Invasive Species in the Everglades 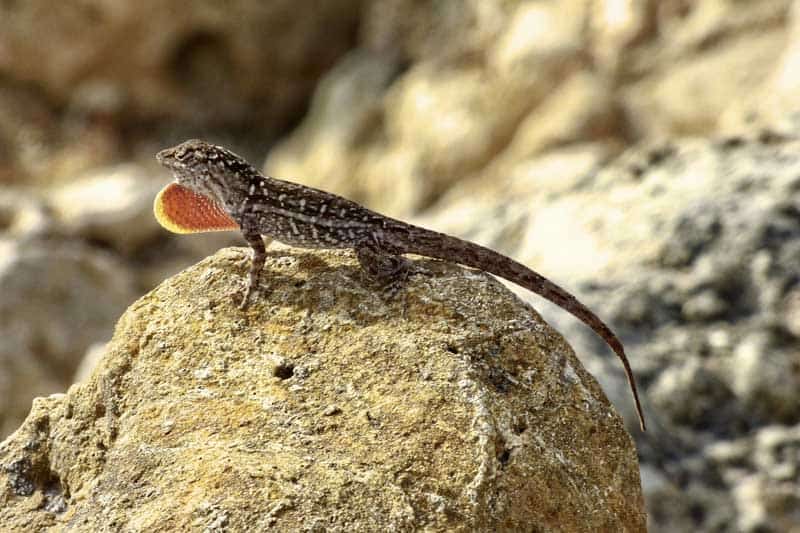 There’s only one type of native anole in Florida, the Carolina green anole to be exact. The larger, more aggressive brown anole is an invasive species that’s not only directly competing with the green anole for food and habitat, it’s also been observed consuming green anole eggs.

The brown anole is native to Cuba, but has been widely introduced throughout much of the Southeastern US and Texas. As a result, native anoles have shifted their behaviors and now spend most of their lives in the treetops.

The tegu resembles monitor lizards, but is native to South America. They’re extremely popular in the pet trade because their high intelligence actually allows them to be trained to some degree. They’re opportunistic omnivores that eat meat, eggs, and fruits.

It’s believed that the invasive population in Florida resulted from escaped or released pets that have established a breeding population. They represent a serious threat to native species as they eat the eggs and young of birds and lizards.

The tegu is another example of a growing list of invasive reptiles in Florida.

Native to Southeast Asia, this species is named for it’s ability to “walk” across dry land between bodies of water. This allows them to easily spread from one river to another even if they’re not part of the same river system.

In Florida, these fish have caused extensive damage in the fish farming industry, because they’re able to walk from rivers, lakes, and swamps into the ponds used to raise the fish, which they feed on. In the wild, they’ve spread with incredible speed because they aren’t limited to water when they travel. This gives them a huge advantage in environments like the Everglades where the water level fluctuates heavily with the seasons-they can walk from one watering hole to another, while native fish might simply die off as the water recedes.

A large predatory fish from South Asia, this fish is a voracious eater with razor sharp teeth, a high metabolism, lighting speed, and the ability to “walk” across land for short distances. They grow rapidly and they reproduce quickly, too.

This armored catfish is native to northeastern South America, where it feeds on algae and aquatic plants in the rivers, lakes, and swamps of it’s tropical environment. It’s used heavily by freshwater aquarium enthusiasts, because it’s effective at keeping the tank clear of algae.

You may also like:  12 Hornets, Bees, and Wasps in Florida (Pictures)

It can grow quite large, and many have been released into the wild when they outgrew their aquariums. In the Everglades, this species has no natural predators and it’s armored body makes it difficult to eat, so few predators harm it. As a result, it’s proliferating in the Everglades, where it easily outcompetes native algae-eating species.

One of the largest cichlids, this fish is yellow-brown with black stripes and an eyespot on the tail. It’s native to southern Mexico and much of Central America, where it’s a very popular food fish, and is even raised in fish farms.

It was first found in the Everglades in 1983, and it’s now a very common sight in freshwater environments all over southern Florida. It’s become a popular target for anglers, as there are few limits set on catching them since they’re an invasive species.

This is one of the largest species of snake in the world, and it’s become popular as an exotic pet. However, because of it’s enormous size, it’s very common for owners to find that they can no longer keep their python, and they often release them into the wild. In Florida, these newly freed pythons find that they’ve been released into a habitat very much like their native Southeast Asia- warm all year, humid, and full of things to eat.

These pythons get big enough to eat alligators, and they have no natural predators in Florida. The invasive population of Burmese pythons and other large snakes in the Everglades represents a serious threat to the native wildlife. 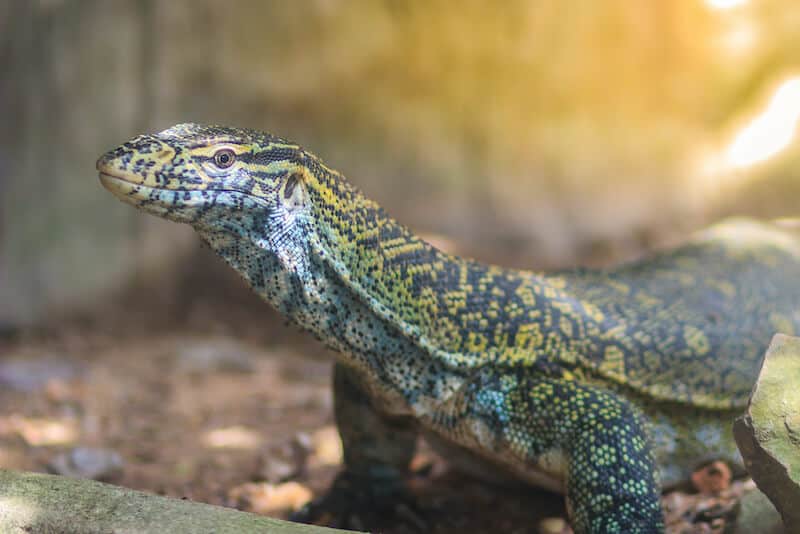 This is a common species throughout sub-Saharan Africa, especially in the regions the Nile river flows through, although it lives all over the continent, including West Africa. They’re the largest lizards in Africa, reaching slightly over 7 feet in length. They live in almost every habitat, although they’re well-suited to an aquatic lifestyle, as their nostrils are on the top of their head.

In Florida, they have established multiple breeding populations, and they’re a major threat to the American Alligator and the American Crocodile. In their native Africa, this species radis Nile crocodile nests to eat their eggs. They do the same to the native crocodiles in the Everglades, which could cause serious problems for them.

This is a family of large freshwater snails that are popular in aquariums because they can grow to nearly 6 inches across. There is a native species, the Florida appesnail, but there are also several invasive species of apple snails in the Evergaldes.

In addition to being outcompeted by these invasive snails, the native species is also harvested from the wild in large numbers to be sold for use in aquariums, which ironically is likely how the invasive snail species were introduced in the first place.

A small, bright green parrot native to South America, these birds build large stick nests which often host more than one breeding pair, and may have multiple entrances. They’ve been known to live for up to 100 years.

A breeding population has established itself in Southern Florida, including the Everglades. There are concerns that they’ll harm agriculture and the local environment, but there are researchers who dispute these claims. At this time it isn’t clear how much of a problem monk parakeets truly represent.

Cuban tree frogs are North America’s largest tree frogs, reaching 5.5 inches in length. They’re usually gray, brown, or green in color, with mottled patterning. They actually have the ability to change their color to blend in better with their surroundings.

One of the more surprising species on this list, the colonies of rhesus macaque’s monkeys in Southern Florida most likely originated when zoos across the state were damaged by Hurricane Andrew.

Their population is estimated to be only a few hundred individuals, and over one thousand of them have been captured in the past decade, so it’s possible that damage to the ecosystem will be largely avoided. However, many of the captured macaques tested positive for the herpes B virus, and so they pose a major public health threat. 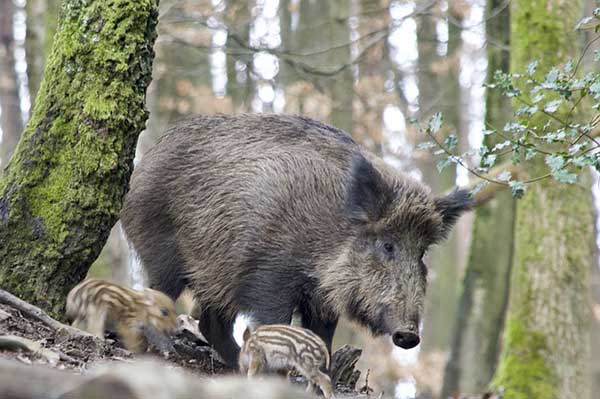 Boar are native to Europe, most of Asia, and parts of Africa. In their native range, wolves, tigers, lions, and even Komodo dragons prey on them heavily and keep their population under control.

Wild boar have been introduced across most of the Southeastern US, and have even hybridized with domestic pigs, creating a distinct breed of feral hog that’s become impossible to eradicate.

They have no natural predators here- alligators and Florida panthers are the only native predators big enough to kill them, and they show little interest in hunting them. In addition to destroying native wildlife (through predation, competition, and habitat destruction) they cause severe damage to the plant life and landscape with their rooting behavior.