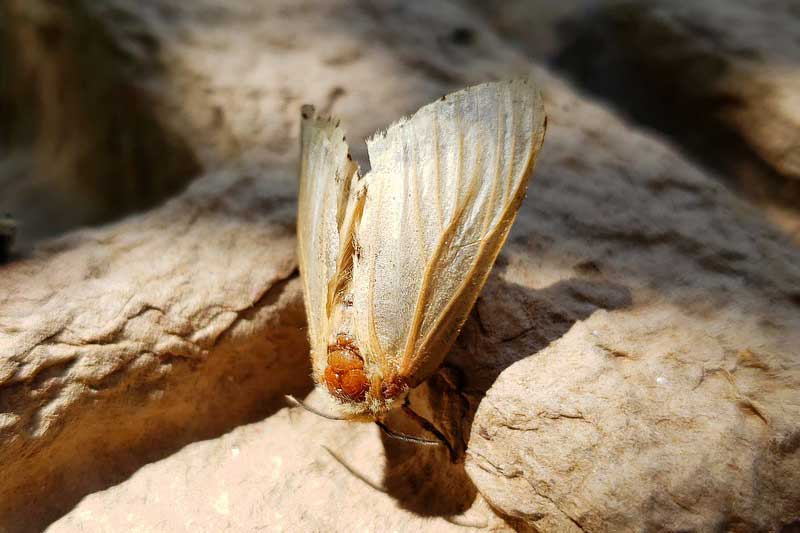 When you think of New York, the first thing that pops into your head is likely New York City, but this scenic state has a lot more to offer than high rises. Once you escape the hustle and bustle of the city, you will find breathtaking mountains, waterfalls, placid lakes, and serene beaches. All this beauty is bound to attract visitors, but it also attracts invasive species.

Invasive species are non-native plants and animals that have been introduced to an ecosystem. Some are introduced purposely, some accidentally, and some arrive on their own. In all cases, invasive species can either fill an open niche in the environment, or they can cause damage to the native wildlife.

With a large number of invasives all over the state, this article will take a look at 12 of the most prevalent.

The Chinese mitten crab lives mainly in freshwater but does travel to saltwater to breed. Currently established in the Hudson River, these crustaceans have been particularly damaging in other parts of the world. Concerns in New York are that the mitten crabs will outcompete native blue crabs and will cause significant erosion by burrowing into the banks of the rivers and streams.

The origin of didymo is unknown. It’s thought that it could be native to the US, but only recently started to become a major problem due to environmental changes. Whether it is native or invasive, it is likely here to stay.

Didymo is a diatom that forms into fibrous stalks and covers the bottom of waterways. This can cause the death of small bottom feeders and the creatures that feed on them. Originally only found in nutrient-poor habitats, it has expanded to nutrient-rich waters as well. The main method of transportation is thought to be boats, kayaks, and fishing gear, so be sure to clean your gear well after enjoying aquatic activities.

This invasive Asian fish is known to be devastating to non-native environments and steps have been taken to keep them out of all US waters. Even with preventative measures in place, snakeheads have been found in several bodies of water near Queens, New York.

As a predatory fish with a voracious appetite, snakeheads have the potential to wipe out native species they share the waterways with. When fishing in New York, be mindful of your catch. Native bowfins look similar to snakeheads, so be sure what you’re tossing back isn’t an invasive snakehead.

Unfortunately, there is no effective means of controlling these tiny creatures, so it’s important to be sure you aren’t moving them from waterway to waterway when boating or fishing. To do this, be sure to clean your fishing equipment and your boat after use in one body of water before entering the next. While this may seem tedious, the spiny waterflea has the potential to be devastating to New York’s ecosystems.

You may also like:  12 Invasive Species in Georgia (With Pictures)

Gypsy moths are native to France but were imported to the US in the late 1800s. It was theorized at the time that the gypsies could be crossed with silkworms to create a more forgiving silk-bearing species. Unfortunately, the cross-breeding was unsuccessful and a few escapees led to gypsy moths becoming an established species in the northeast.

Unlike many species on this list, gypsy moths are not considered to be a major threat to the ecosystem. They have plenty of predators and most years their numbers stay low. Every 10-15 years there is a large population surge that does cause a lot more damage, but it usually works itself out before lasting damage can occur.

Native to China and Korea, these beetles likely ended up in New York accidentally due to wooden shipping containers. They are a wood-boring species that can do an incredible amount of damage in a very short time.

When breeding, the female Asian longhorn beetle will create small holes in the bark of trees and lay 1-2 eggs in each hole. She will repeat this process until she has laid about 60 eggs. When the larvae hatch they then dig even further into the tree to feed.

This boring and feeding behavior can cause trees to weaken and die over time. Maples tend to be particularly susceptible to Asian longhorn beetles. This makes them particularly dangerous to the New York economy, which relies heavily on maple syrup and maple wood.

The hemlock wooly adelgid is native to Asia. This species was accidentally introduced to the United States in the 1920s. Similar to aphids, these insects feed on the starch of hemlock trees, usually killing the tree in less than 10 years.

Hemlock trees are a very important part of their ecosystem, providing shade for native plants and animals, helping to prevent erosion, and even helping to control the temperature of lakes and streams they grow near. The loss of hemlock forests could cause a devastating chain reaction of other species loss.

Efforts to eradicate hemlock wooly adelgids include treating infested trees with pesticides and introducing the adelgid’s natural predators such as certain beetles and flies.

The sirex woodwasp is one of the 10 most damaging forest pests worldwide. When reproducing, the female woodwasp will inject a fungus high up in pine trees at the same time she deposits her eggs. This fungus grows upwards in the tree and kills the wood it touches. The woodwasp larvae then feed on the deadwood and the fungus.

While severe damage hasn’t been noted in New York, sirex woodwasps have caused incredible amounts of damage in other parts of the world. The biggest concern in the US is that these insects will end up in southern pine forests, which are much more vulnerable.

The most beautiful species on this list is hands down the Spotted Lanternfly. As juveniles, these insects are black with white spots and then red with white spots just prior to adulthood. After their final molt, they develop wings and can fly. Their wings are quite beautiful and very recognizable.

Feeding on a wide variety of plants, these insects are a danger to both native plants and New York’s apple, syrup, and grape industries. While they aren’t causing massive amounts of damage, studies are being conducted on how best to eradicate them before they become a bigger problem.

Giant hogweed is native to the Caucasus Mountain region, but it was introduced to Europe and the United States as a decorative landscape plant.

While the giant hogweed does produce beautiful flowers, it is actually very dangerous and can cause severe burns to the skin. It is very important you do not touch this plant, but if you do, be sure to wash the contact area thoroughly with soap and water and then keep the area out of the sun for 48 hours.

Hydrilla is a fast-growing Asian water plant that can grow in just about any body of water. Easily transferred to new waterways via boats, boat trailers, birds, and fishing gear, this plant is a quickly spreading issue for New York’s aquatic ecosystems.

Hydrilla grows so large in such a short period of time that it can displace native plants, interfere with native fish spawns, and even waterfowl feeding. This plant quickly takes over waterways, making recreational activities that the state depends on nearly impossible in some places. Things like swimming, boating, and fishing can all be severely impacted by the presence of hydrilla.

Similar to giant hogweed, wild parsnips can also cause severe burns when their sap makes contact with the skin. Though the sap itself isn’t what causes the burns, it does make your skin more sensitive to UV exposure and this sensitivity can last years. If you do come in contact with this plant be sure to wash the exposed area thoroughly.

Whether you live in New York or are just visiting, be mindful of what you are doing to prevent the spread of invasive species. Keeping New York safe and invasive-free is definitely a challenge to all involved, but with dedication and hard work, the hope is that we can preserve these gorgeous ecosystems for years to come.