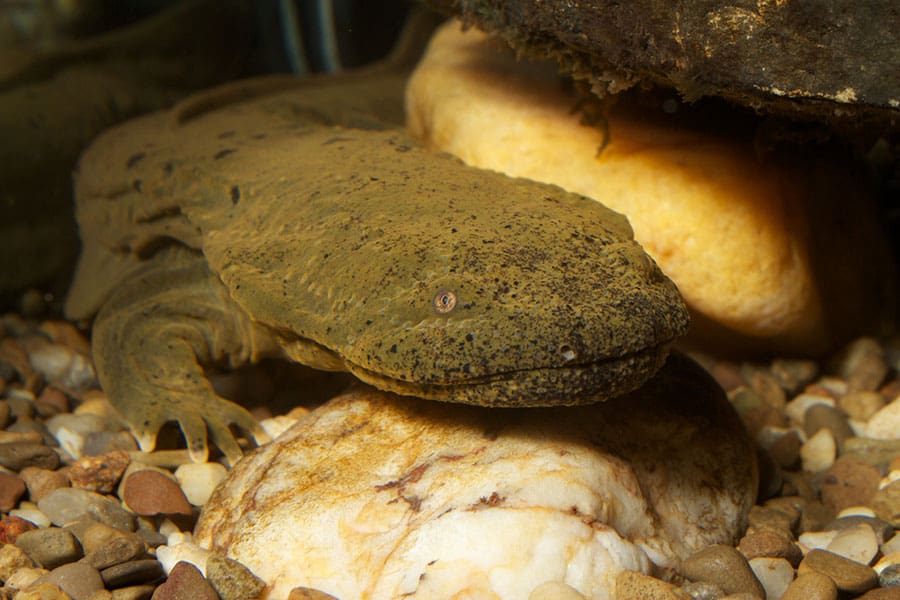 Hellbenders are amphibians that belong to the salamander family. This giant salamander spends its entire life completely underwater which makes you winder… do hellbenders have gills? If not, how do they breathe underwater?

Do hellbenders have gills?

They have gills when they are in the larvae stage, but lose those gills once they reach about 5 inches in length. So adults do not have gills after about the first year of life.

They feed mainly on crayfish, fish, insects, and tadpoles. They are generally not aggressive and despite their appearance aren’t poisonous or venomous. It takes a Hellbender about 4 years to reach sexual maturity and it is not uncommon for one to live to be over 25 years old.  They grow to a size of about 4-5 pounds and up to about 29 inches in length, in other words pretty darn huge.

These elusive giants spend the large majority of their time hiding out under rocks and keeping to themselves except at night when they’re searching for food.

Believe or not Hellbenders are not the largest salamanders in the world either. The Chinese Giant Salamander can reach over 5 ft in length and weigh upwards of 60 lbs making it the biggest amphibian in the world.

This video talks about a hellbender’s gills early in life

Where can Hellbender’s be found?

They prefer living in the shallow streams and creeks of North America that are 1-3 feet deep. They can be found mostly in Tennessee, Kentucky, West Virginia, Pennsylvania, and portions of the surrounding states as you can see from the distribution map below.