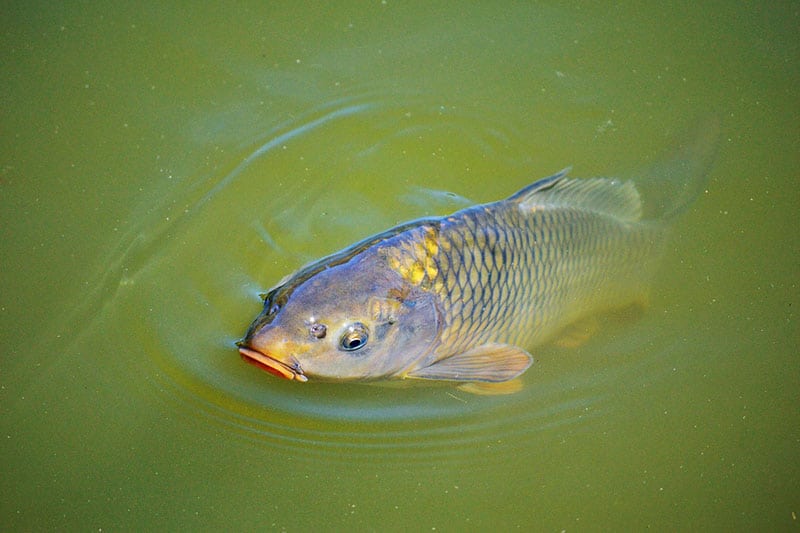 Different species of fish have different types of scales. The type of scales a fish has depends on its environment. Their scales vary greatly in size between species because of this. Sharks and rays have scales that are almost invisible. Carp (top image in this article) have extremely large scales. A few species have no scales at all. For the ones that do, why do fish have scales?

Fish are one of the most diverse groups of animals. Their bodies are highly adapted to their underwater environment. Even living in the water, there’s a vast difference in habitat. From lakes, to shallow mud, to the ocean. Which is why fish look so different from each other.

It’s not just size that makes these scales different from species to species. There are slight variations in how they grow.

Let’s dive into more details. We will cover the different types of scales, what they’re made of, and also answer some common questions.

Why do fish have scales?

Scales allow for easy movement up, down or sideways without changing speed. Sharks can use their tiny scales to help them quickly change direction by reducing drag. The arrangement of scales can also help tell the age of the fish.

What are their scales made of?

Scales are made in the mesoderm. This means that the way scales grow is closer to bones or teeth, than reptile scales. Reptile scales are made in the epidermis, and are more like fur or feathers. The scales have a core of vascular bone, which means they have blood flow. This is covered by a layer of dentine or enamel, much like teeth. Some scales also have an outer layer of keratin. This is the protein that makes up nails and hair.

How they help fish survive

If you look closely at scales, you will see that they overlap forming a dense surface. Some scales even have serrated edges. Scales act almost like armor protecting the fish from predators, and scrapes on rocks and branches. All fish have a slime coat secreted from under the scales. This slime coat keeps the fish moist. It also protects against infection and parasites. Some fish have a toxic slime layer, another defense against predators.

Do Fish Shed Their Scales

Most fish do not shed their scales, unlike reptiles who shed their skin as they grow. Scales are more like human skin. Since they have a blood supply, they grow with the fish.

Fish that appear to be losing their scales, may have a parasite. Fungal or bacterial infections, and abrasions are other reasons a fish may lose it’s scales. “Ich” is a parasite most people have heard of (especially if you have ever owned pet fish in a tank), that makes a fish lose scales. An exception to this is the swordfish. Young swordfish have scales, but shed them all before they reach adulthood.

Do scales grow back?

Fish scales usually do grow back. Fish that have sustained minor trauma, will grow their scales back fairly quickly. While the damaged area is unprotected, the fish is more vulnerable to disease, fungus, and parasites. New scale growth comes in almost like human fingernails. The new scales tend to be smaller and lighter in color.

Why some fish don’t have scales?

There are some fish that do not have scales. These fish have developed other defenses against predators, parasites, and infection, based on the environment they live in. Extra thick slime layers, or bony plates are common features of scaleless fish. Hagfish are infamous for their slimy coating, while seahorses and some types of catfish have bony plates. Some fish which appear to be scaleless, such as sharks, actually have almost microscopic scales.

1. Can you eat fish scales?
Yes, with some fish. With most fish the question is why would you want to. Salmon do not have to be scaled before cooking, and many chefs recommend cooking the skin extra crispy and eating it. Accidentally swallowing a few scales won’t hurt you.

2. Do tuna have scales?
Yes they do! They’re very small, and almost invisible on most of the body. The head and chin area have the most obvious scales.

3. Do salmon have scales?
Yes, until they spawn. Salmon have scales similar to trout. When salmon return to fresh-water to spawn, their body absorbs their scales, and becomes leathery. This helps them save energy, since spawning salmon don’t eat.

4. Do catfish have scales?
No. Catfish do not have scales. Most have a thick slime layer which helps them breathe through their skin, while a few varieties have bony plates called skutes. Catfish with a slime layer are usually found in North America. Bony plated catfish are generally in South America. 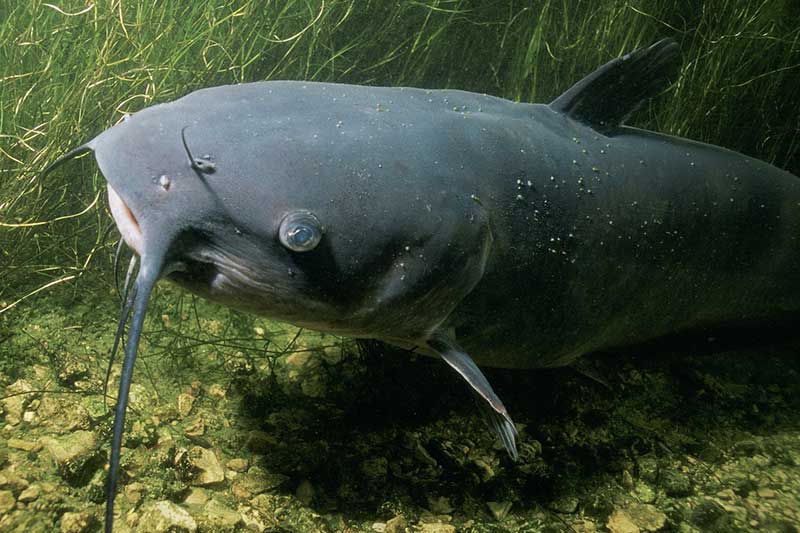 5. Do trout have scales?
Yes. Trout are covered in tiny scales. Though they appear almost scaleless, if you rub their skin from the tail up, you will feel the scales.