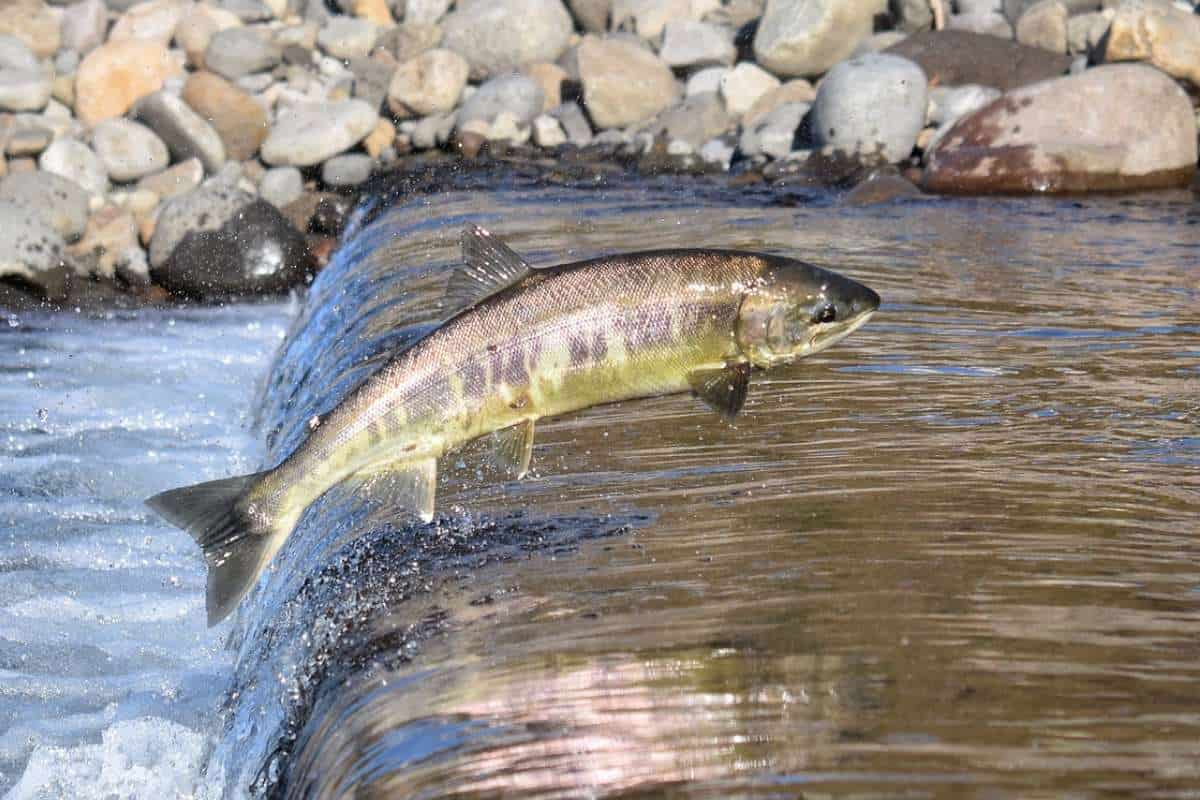 Salmon is a highly migratory fish that lives in the Pacific Ocean. They’re a member of the family Salmonidae, which also includes trout, whitefish, and graylings. These fish can be found in both fresh and saltwater and are known for their strong ability to swim against strong currents. In this article we’ve got a list of 11 characteristics of salmon that makes them unique from other species!

A trait that describes an individual or an animal is referred to as a characteristic. In other words, it’s a feature that distinguishes each individual, which can be behavioral or physical.

1. Female salmon are larger than males

Salmon are anadromous fish, which means they spend part of their lives in the ocean and freshwater habitats. These species can be found in rivers and streams all over the world, but they prefer colder water. Their weight and size are determined by the type of habitat they live in, as well as whether they’re male or female.

However, since they’re the ones who carry the eggs, female salmon generally tend to be much larger than male salmon. Salmon can weigh up to 126 pounds and grow to 60 inches in length, but pre-spawning females weigh much more.

The color of the salmon is determined by the type of diet it consumes. These fish are naturally gray in color, but the shrimp and krill in their diet cause their colors to change to pink, orange, or red.

The carotenoid astaxanthin pigments in the animals they eat give them this color. When salmon eat shrimp and krill, they consume these pigments in the food and absorb them into their skin. This is why wild salmon have a pinkish to reddish color, whereas farm-raised salmon are naturally gray or dull pink (if given pink coloring).

3. Salmon has a streamlined body

Salmon, like so many fish, have streamlined bodies. This body shape allows them to move faster, reduce drag, and increase efficiency in water habitats.

They also require less energy when swimming than other species that don’t have this body shape. This means that salmon can save more energy for other purposes, such as feeding, growth, and reproduction.

4. They possess an adipose fin

The adipose fin is a small, fleshy flap of skin on top of the salmon, between the dorsal and tail fins. It’s known to be a vestigial part of the salmon, but researchers recently proposed that this fin serves as a precaudal flow sensor that assists salmon in controllability, especially when moving in rough waters.

This fin is only found in a few fish, including catfish and trout. Adipose fins are typically removed from farm-raised salmon to assist humans in distinguishing between farm-raised and wild salmon.

5. Salmon has a total of eight fins

Salmon have eight fins in total, unlike other fish, which typically have seven. They have two pairs of pectoral and pelvic fins located near the gills and on the fish’s belly.

The dorsal, caudal, and adipose fins are located at the top of the fish. The dorsal fin provides stability, whereas the caudal fin is a large fin that helps move the fish forward. Although its purpose is still up for debate, research indicates that adipose fins may serve as sensors that help with better direction steering.

6. Salmon have an excellent sense of smell

Salmon breathe through their gills, which maximizes their nostrils for the purpose of smelling their surroundings. They have a keen sense of smell that’s a thousand times more sensitive than that of dogs. These creatures can detect even minor changes in water conditions and use this to their advantage when looking for food.

Salmon will also use their sense of smell to return to the stream where they were born. Studies have also shown that when these fish smell a human in the water, they can stop their migration for half an hour.

7. Salmon can only be found in areas where the water temperature is below 68 degrees Fahrenheit

Salmon thrive in water temperatures that don’t exceed 68 degrees Fahrenheit. The temperature determines how long or how quickly a salmon matures and grows.

Warm temperatures cause them to grow faster than usual, which can have serious consequences for the fish’s physical health and even lead to death. This is why these fish are more common in colder climates such as North America, Russia, and Europe.

Salmon can swim at speeds of 50 km per hour, which is more than enough to escape predators. They have incredible water agility and can swim backward and sideways with ease. When migrating, they can travel up to 20 000 kilometers in the ocean, and some species can jump as high as 8 feet.

Salmon can also make extraordinary leaps out of the water and up waterfalls. This is common during their annual migration when most will return to their birthplace to lay their eggs.

9. Salmon is regarded as a keystone species

Keystone species are those that have a significant impact on the balance of their environment. Salmon, for example, is a keystone species in some habitats where many animals rely on them.

During their migratory season, these fish return a large amount of nutrients from the ocean to the water habitats from which they originated. Many species benefit from this, including predators that feed on salmon eggs, decomposers that feed on dead salmon, and trees that feed on the nutrients in their decomposed bodies.

Salmon population declines will significantly impact their habitat, so it’s critical to protect these species.

Female salmon can carry between 1,500 and 10,000 eggs depending on the species.  The female salmon lays her eggs in the moving streams, rivers, and lakes from which she came.

You may also like:  8 Fish That Eat Birds (with Pictures)

To protect her eggs from predators, the female digs a nest known as a redd in which she lays them. Only a few of the thousand eggs will be able to hatch and develop into fry after 47 days to three months, at which point only a few will be able to survive.

11. They may become zombie salmon

Salmon are semelparous animals that reproduce once and then die. The term zombie salmon refers to a salmon that has expended all of its energy in returning to its original habitat to spawn.

Salmon are known for traveling thousands of miles from their birthplace to their spawning grounds, and they must end up spending all of their energy during this time.

As the fish travel, parts of their bodies fall off or decay, causing them to rot. This occurs as a result of the fish’s inability to regenerate these parts, leaving them with only enough energy to complete their migration journey before bacteria and diseases begin to consume them.