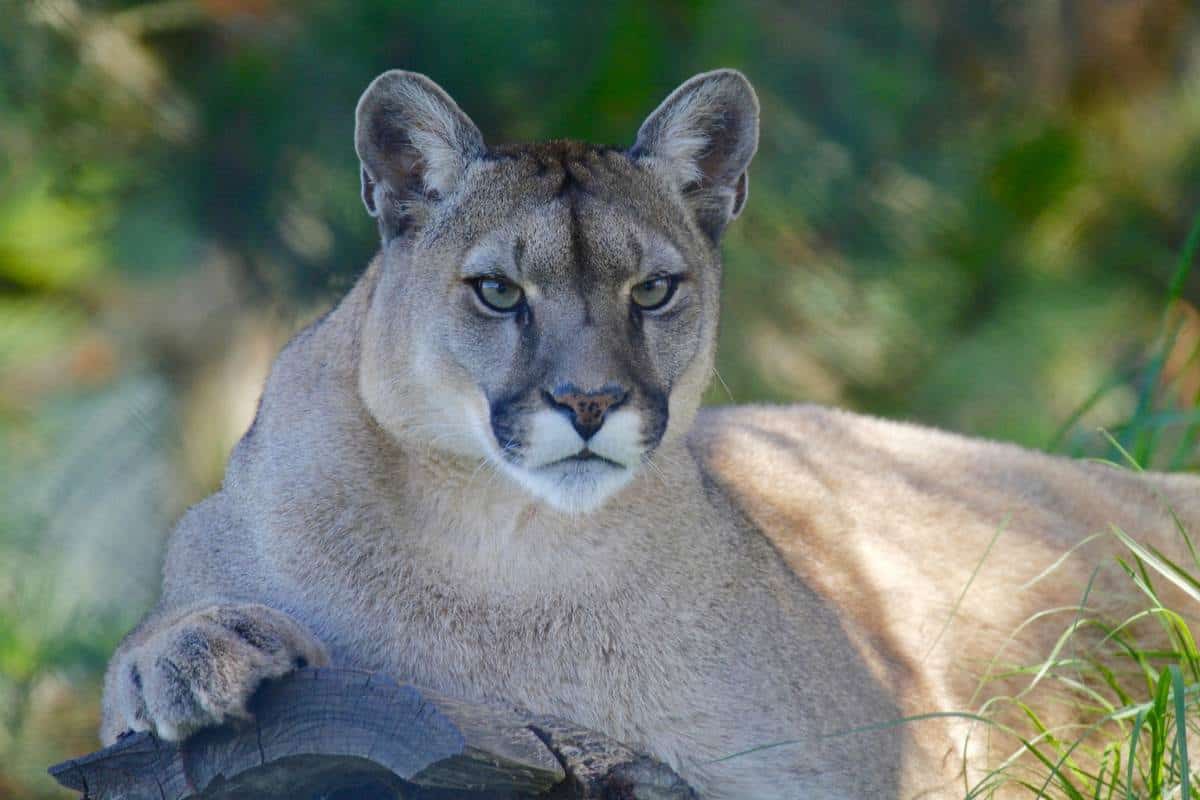 This article will discuss why mountain lions can be dangerous, how to avoid a fatal encounter with one, and precautions to take when in mountain lion territory.

While attacks on humans are rare, mountain lions are dangerous predators, nonetheless. There are precautions you can take to avoid an encounter with a mountain lion.

Would A Mountain Lion Attack Humans?

Mountain lions are apex predators, meaning they are at the top of the food chain. They typically avoid humans and prefer to hunt animals such as deer, elk, and bighorn sheep. However, there have been attacks on humans by mountain lions.

There have been 126 attacks with 27 fatalities in the last century in North America. More people die from lightning strikes each year than cougar attacks.

While most of these attacks have been non-fatal, they have still resulted in serious injuries. People often get severe lacerations and puncture wounds that require emergency care and hospitalization.

Mountain lions are also a potential danger to pets. They have been known to attack and kill domestic animals.

For the most part, mountain lions try to avoid people. They have a broad range of territory to roam, so they have plenty of space to retreat if you give them their space.

If you live in or near an area with a high population of mountain lions, it is important to be aware of the dangers they pose and take steps to protect yourself and your property.

What Makes A Mountain Lion Attack?

Mountain lions are predators and, like all predators, they will attack prey when they are hungry. They will also defend themselves, their cubs, and their territory if they feel threatened.

If food sources are scarce and a mountain lion is having a hard time finding prey, they may stalk and attack a human as a last resort. Starving predators are more dangerous to humans than any other predator.

Mountain lions are very similar to cats in their stalking and pouncing on prey. If one has been stalking a human, any quick movements, like an attempt to run, can trigger their predatory instincts to attack.

Attacks on humans are rare but they often happen because people are not respecting the mountain lion’s space, and it’s usually a female with cubs nearby.

You may also like:  Why Do Squirrels Chase Each Other? (6 Reasons)

How To Avoid Mountain Lions

The main way to avoid mountain lions is to simply not enter mountain lion territory, however they are so abundant in the national and state parks, it’s hard to avoid cougar country all together.

Here are a few tips on how to avoid mountain lions:

What To Do If You Encounter A Mountain Lion

You don’t want it to think you’re prey and you want to avoid triggering their predator instincts of attacking you.

Be loud. If you’re camping, bang things together, like pots and pans. You really want to make as much of a ruckus as you can. Clap your hands and yell if you’re on a trail.

3. Make yourself bigger than you are

Make yourself bigger than you are by standing upright and waving your hands over your head slowly. Spread your arms out and move to higher ground if you can.

4. Never turn your back on the animal

Walk backwards slowly, while remaining calm. You should be making yourself out to look like the bigger predator, so continue making loud, aggressive noises.

Never lie down or bend over to make yourself smaller, and do not just freeze in place. The mountain lion sees you as weak prey and this could trigger an attack.

6. Block it with an object

If the mountain lion continues to advance towards you, and tries to attack, use something to put between you and the cat, like a backpack or camping gear. This is the time to use bear spray if you have it.

7. Use a weapon if you are attacked

If you don’t have bear spray, shove what you can in the face of the animal and fight back. Use whatever you can as a weapon to defend yourself.

Mountain lions are dangerous animals and should be avoided. If you encounter a mountain lion, do not approach it. You should try to scare it away by making loud noises and making yourself look bigger.

If a mountain lion attacks, fight back with everything you have and try to escape. Remember, mountain lions are wild animals and should be treated as such.

You may also like:  Opossum Vs Possum (Differences & Similarities)