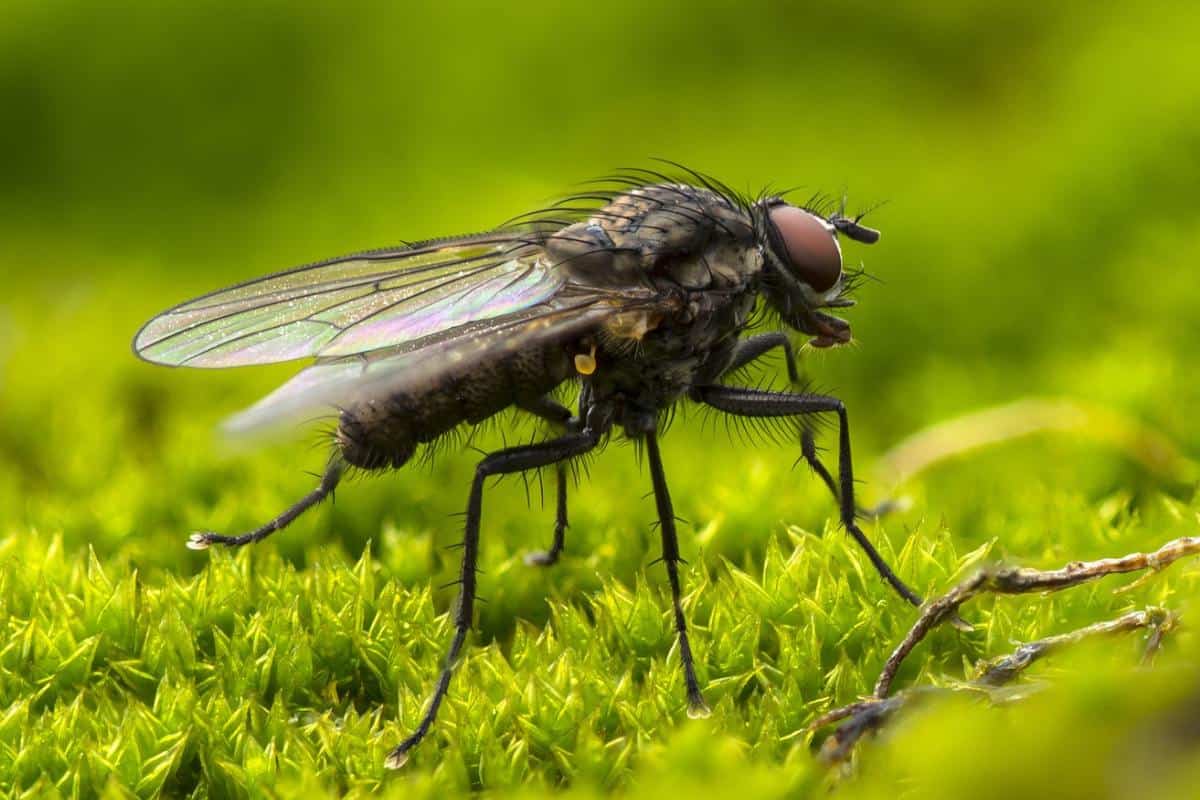 Insects are everywhere. No matter where you live on earth, there are insects that make their home in the air, on the ground, and even underwater. This group of animals are the most numerous on earth – up to 90% of all known animals on the planet are insects! If you’re wondering how scientists classify these creepy crawly creatures, read on. You’ll learn 10 characteristics of insects that set them apart from other groups of organisms.

The following characteristics of insects are present in their behavior and physical structure. Physical characteristics include all aspects of the animal’s physical body, including its shape, size, sensory organs, and visual appearance.

Behavioral characteristics are the types of actions the animal takes when it interacts with its surroundings. They include hunting for prey, bonding with other members of its species, or investigating a territorial threat.

Insects don’t have a backbone. Unlike mammals, which have an internal spinal column that supports their muscles and organs, insects’ supportive structures are on the outside of their bodies.

Arthropods are present in every environment on earth. They also have bilateral symmetry, which means that they are mirror images of each other when cut in half.

2. Insects well-adapted to their environments

The species of insects we see today continue to undergo natural selection. This process of evolution selected the insects with the most efficient adaptations to their environments.

There are millions of examples of insects fitting a tiny niche where they can successfully eat and reproduce. Some adaptations insects have to their environments include mimicry, the ability to fly, special mouthparts, and unique methods of communication.

3. They all have an exoskeleton

Insects’ supporting structures are on the outside of their bodies, not the inside. This structure is called an exoskeleton. It’s made of chitin, a hard shell-like substance similar to the keratin in human fingernails.

When an insect grows, they grow out of their exoskeleton. During a molt, the exoskeleton splits and the older insect crawls out of the shell.

Exoskeletons serve many purposes. Some insects molt multiple times throughout their lives and some molt just once.

4. They smell, feel, and sense with one pair of antennae

Antennae are two appendages that stem from the insect’s head. They are as important to insects as arms and hands are to people. Antennae help insects understand the complex world around them.

They can taste, smell, touch, and feel vibrations with their antennae. Some insects like moths and butterflies have adapted their antennae to signal mating availability to each other. Some species can be told apart from each other on the basis of just their antennae.

5. They can live in complex societies or completely alone

Some insect species are cooperative, while others seek to live their lives in solitude. Their preferred food source usually dictates whether an insect is social.

In order to make honey, bees must work together. The whole hive benefits when they dance to tell each other the locations of flowers.

On the other hand, a praying mantis has no reason to cooperate with other praying mantises. These predatory insects compete with each other to find suitable prey. Females, which are larger than males, often bite their mate’s head off as soon as they finish reproducing.

6. Every insect has a head, a thorax, and an abdomen

Variations on the insect body plan are many, but every insect at some point in its life cycle has a head, thorax, and abdomen. This three-part body shape usually appears during the adult stage of the life cycle.

It’s easy to see the division of these three segments in insects like bees and ants. Butterflies and moths have visible segments too.

The eyes of insects are completely different than those of people. Instead of having a single reflective surface, insect eyes have many. They go through life seeing multiple iterations of the same picture.

A great way to envision this is looking at a multi-TV display in a store window. All show the same picture but from slightly different angles.

An insect’s brain takes this bevy of information and uses it to react lightning-fast to external stimuli. This is one reason why flies can be so hard to swat!

8. Most hatch from eggs

Insects are generally inattentive parents. Females lay hundreds, if not thousands, of eggs, only a fraction of which will survive to adulthood. Some insects hatch into tiny versions of their parents, but some hatch as worm-shaped forms called larvae.

Most larvae instinctively know what to do. That usually involves eating. Just-hatched caterpillars eat leaves.

Only in some collaborative insect societies – like beehives, ant colonies, and termite mounds – do adults take care of the young. Most baby insects are on their own.

9. They have three pairs of legs

Insects have a pair of legs on each of the three segments of their bodies. These six legs work together to propel them across terrain in almost any direction.

Depending on what kind of insect you’re looking at, it may have unique adaptations to where it lives. Tree-dwelling insects have legs with small hairs that help them cling to bark and branches. Water bugs’ legs are paddle-shaped so they can propel themselves through the water quickly.

10. Many have different stages of their life cycle

Every insect experiences metamorphosis on its journey from egg to adult. That process can include a partial or complete transformation.

An insect that partially transforms is known as ‘hemimetabolous.’ The egg hatches into a tiny adult version called a nymph. The nymph molts several times and grows bigger, finally ending with the adult-sized insect.

Insects which metamorphose completely are called ‘holometabolous.’ At some point in their life cycle, they transform from one body form to a completely different one. Butterflies and moths are great examples of this process.