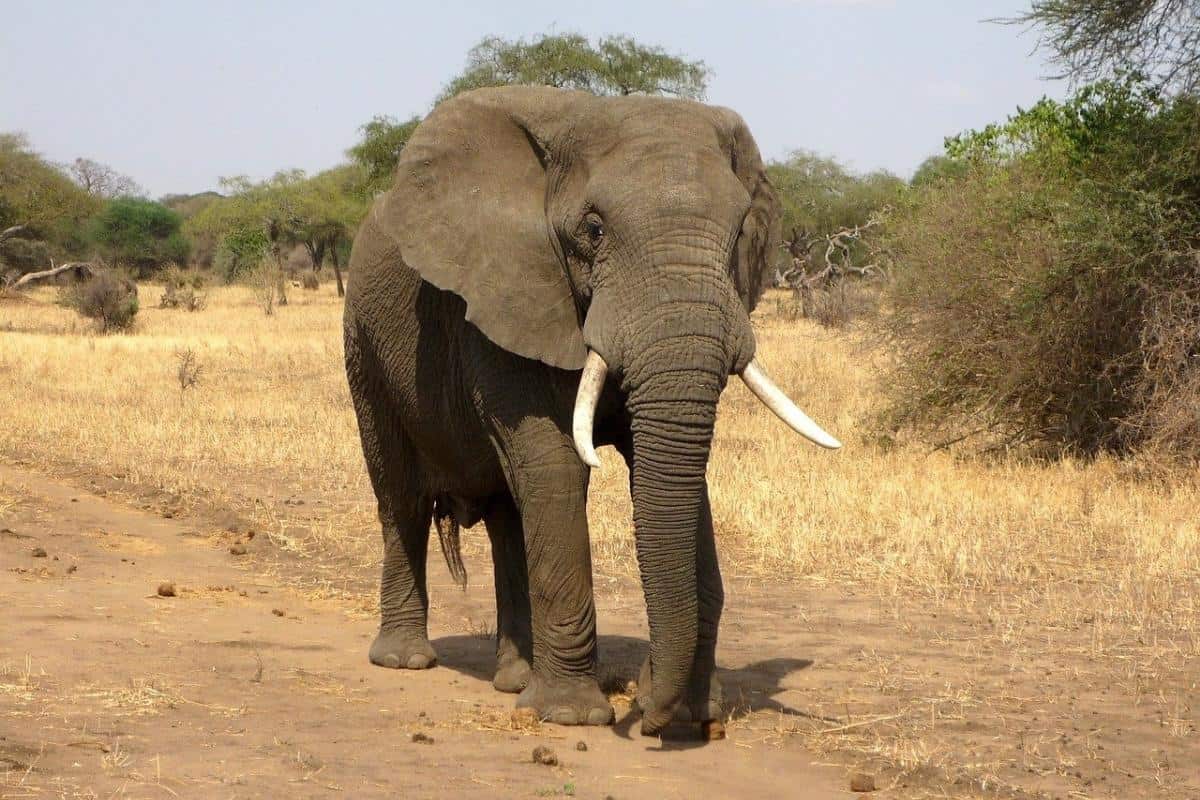 Elephants are the largest land animals that still exist on Earth today. These animals are distinguished by their long trunk, which they use to obtain food, drink, and even breathe! Most researchers are interested in the characteristics of elephants due to their unique physical traits and emotional intelligence.

Let’s look at some of these animals’ characteristics in this article and how important they’re to their survival.

What is a characteristic?

Elephants are among the largest land animals on the planet. Their enormous size is one of their physical characteristics that helps them survive in the wild. They can use their size to defend themselves against predators and even other elephants who may be attempting to harm them or take over their territory.

As large animals, elephants also need large teeth to support their food intake. Since elephants spend the majority of their time eating and chewing barks and woody branches, they require large and strong molars. These animals have large molars that protrude from their jaws.

These molars are typically 20cm long and 4kg in weight. Their molars also grow and replace differently than other animals’ teeth. Instead of being replaced vertically, their molars are replaced horizontally.

This is because they develop their teeth from the back of their jaws and push forward when another molar develops from their jaw. Throughout their lives, they’ll have six sets of four molars that’ll be replaced as they wear out. Once they’ve worn out all of their molars, elephants may pass away from malnutrition.

The thick skin of an elephant is a very important physical feature for its survival. There’s a reason why the elephant’s skin is thick and wrinkled. Their skin is approximately one inch thick, but the skin around their mouth, anus, and inside their ears is much thinner.

Although they have no visible sweat glands, their wrinkly skin acts as a cooling mechanism by trapping moisture. This type of skin allows elephants to stay cool for extended periods of time, which is highly helpful in hot climates. Mud is also used as a sunscreen to protect the skin from UV rays, moisture loss, and insect bites.

An elephant’s trunk is a unique appendage used for various functions, including breathing, smelling, drinking, and eating. It also has up to 150,000 muscles and can help with lifting and even gripping an object. The trunk of an elephant is incredibly strong.

It can carry up to 300 kg and is useful for reaching food from high branches or digging up roots. Elephants use their trunks to communicate and express their interests in various objects. They also have an incredible ability to smell particles in the air and locate water and food sources, thanks to their trunks.

The elephant’s tusks are two protruding, lengthened teeth that are typically present in the upper jaw of both sexes. These tusks are modified incisor teeth that can grow up to 7 inches a year and continue to grow throughout life. They can grow up to 6 ft long and weigh up to 50 lbs.

Tusks are used for root digging, brush clearing, fighting over females, and self-defense. It also protects their trunks, which are an important part of an elephant’s body.

The elephant’s large ears are one of its most distinguishing characteristics. Elephants have large ears not only for hearing but also for keeping cool. Contrary to popular belief, elephants don’t flap their ears to communicate with other species.

The large surface area allows heat to be released, allowing them to maintain a low body temperature. Their ears can also flap, which helps them stay cool when it’s hot.

African bush elephants, for example, have the largest ear flaps because they live in the hottest climate. Their ears are also capable of hearing low frequencies.

Elephant vision is at best poor, and they can’t distinguish all colors or discern fine details as we do. Despite their large head and neck, they can only see up to 20 meters due to their small eyes.

However, they have excellent night vision and can see well in low-light conditions due to a reflective membrane known as a tapetum lucidum. This aids them in detecting predators at night.

In comparison to other animals, these animals have a long gestation period. Elephants have a gestation period of 21 to 22 months, which usually occurs during the wet season.

These creatures are pregnant for such a long time because they give birth to such large babies. Elephant calves weigh around 260 pounds at birth and are 3 inches in size, making them much larger than other animal babies.

Elephant social bonds are some of the strongest in the animal kingdom. They form strong family units and stay together for the rest of their lives. These magnificent animals have been observed mourning their dead, demonstrating a strong emotional bond between them.

This behavioral characteristic allows them to guide and protect one another, as well as their young. These elephants are usually relatives who grew up together, and they form lifelong friendships within those groups. The use of trunks to greet each other has also been observed in these groups.

Elephants are extremely intelligent animals. They can’t only communicate with other members of their species, but they can also understand human languages.

These large animals can even tell whether a voice is male or female. These animals can also sense whether a person is going to be dangerous or hurtful to them.

One of the behaviors observed in elephants is their ability to make simple tools out of natural objects such as sticks or branches. They use these to scratch themselves or swat flies from their skin.

You may also like:  Are Groundhogs Dangerous? (The Truth)

These animals have also been seen breaking branches off trees so they can use them to reach foods high in the canopy. Some of them will also drop these branches into water holes they have dug to plug it up and prevent other animals in the same habitat from drinking from it.

Elephants are highly intelligent animals with complex social structures similar to humans. Their intelligence allows them to feel empathy and compassion for other beings.

In fact, elephants frequently keep an eye out for other elephants who may be injured or weak. These amazing creatures have strong family bonds and can recognize individuals in their herd and determine whether they’re friends or enemies.