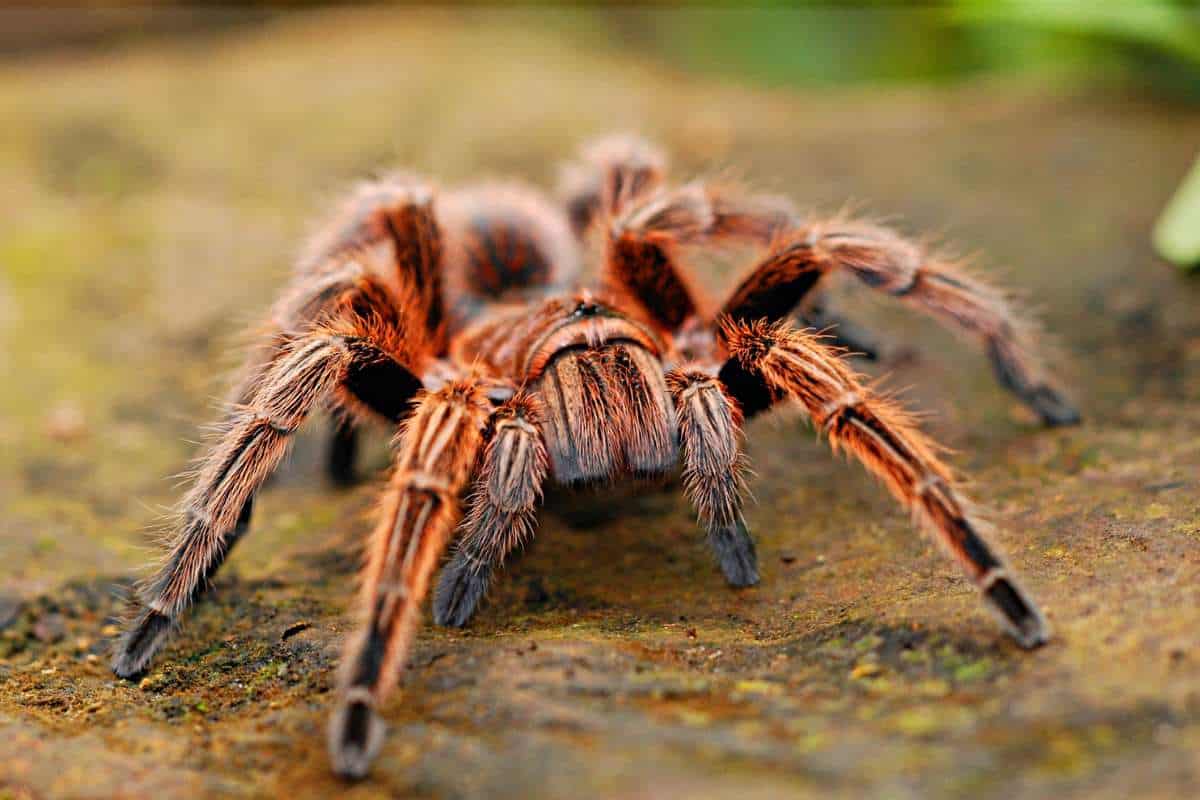 Arachnids are a class of invertebrate animals found all around the world. They have eight legs, and unlike insects, they don’t have antennae or wings. Most arachnids have four pairs of eyes and some are able to produce silk webs to capture their prey. Arachnids come in a variety of sizes and colors – from a variety of spiders to scorpions and ticks, arachnids can be found almost everywhere. This article will explore 12 characteristics of arachnids more deeply.

What Exactly is A Characteristic?

A characteristic is a feature of an animal that is evident, such as skin pigmentation or eye color. Characteristics can have several expressions, called traits. If a characteristic was eye color, the trait would be blue eyes or brown eyes, for example.

There are times when populations will evolve to have one trait dominant within that population to ensure its survival. For example, a population may evolve so that every member only has brown eyes because they are less noticeable and give that population a survival advantage.

Arachnids are unique amongst other invertebrates in that they possess four legs instead of the typical six. This is mainly due to their body structure and segmentation which allows them to move more efficiently.

The four pairs of legs have evolved over time from smaller appendages and feature a combination of jointed segments, muscles, and sensory organs that allow arachnids to move quickly and detect their surroundings.

Setae are small, specialized hairs that cover the exoskeleton of arachnids, giving them tactile senses and aiding in movement. The position, number, and type of setae vary between species based on the environment they live in and the adaptations they have developed.

In some species, setae act as tiny “hooks” to help arachnids climb slippery or smooth surfaces. These specialized hairs also allow arachnids to sense danger and react quickly by running away or defending themselves. Setae also help arachnids to communicate with each other through subtle vibrations and movements.

The chelicerae are paired appendages that serve as mouthparts for many species. They possess venom glands that help them subdue prey.

The pedipalps are located near the mouth of an arachnid and act like extra legs or claws. They are used for grasping prey, holding onto surfaces, and sensory functions such as detecting vibrations in the air.

In male spiders, pedipalps are modified to store sperm and deliver it during mating. Some species of mites use their pedipalps to catch food in mid-air. Even ticks rely on these appendages when they bite into their hosts and suck out blood.

One of the key features of arachnids is their cephalothorax, which combines the head and thorax into one segment. This cephalothorax contains the majority of the arachnid’s body systems, such as the nervous system, the respiratory system, and the digestive system. It is covered in a hard exoskeleton that provides protection from predators and environmental stressors.

You may also like:  11 Facts About Japanese Spider Crabs

6. A Book Lung and Tracheae

Arachnids have a book lung, which is an organ consisting of many plates with air-filled chambers that are used to facilitate respiration. Many species also possess tracheae, which are tiny tubes that allow oxygen to enter the body directly from the environment.

The openings of these tubes (called spiracles) are often located on the arachnids’ abdomen or legs. This allows oxygen to move quickly and directly into the tracheae, which then transports it around the body.

Arachnids are distinguished by their jointed appendages. Their eight legs and two additional body sets of appendages are all connected to the cephalothorax, which houses the arachnid’s central nervous system.

The four pairs of walking legs are designed for mobility and balance, while the pedipalps act as tactile sensors to help detect prey. The two additional sets of appendages are the chelicerae and the pedipalps.

Arachnids are characterized by their exoskeleton, which is a hard protective shell made of chitin. This exoskeleton enables them to live safely in their environment and allows them to remain mobile as they search for food and evade predators. Additionally, the exoskeleton also serves as an effective defense mechanism against adverse environmental conditions.

Arachnids possess open circulatory systems. This means that their hemolymph, or “blood”, flows freely through the body cavity instead of being contained within vessels.

The hemolymph is pumped throughout the body by a muscular ventricle, and oxygen is taken in from the air directly across a membrane into cells. This open circulatory system provides for efficient oxygenation and quick distribution of nutrients throughout the arachnid’s body.

10. Lack of Antennae or Wings

One of the defining characteristics of arachnids is that they lack antennae or wings. Most insects have one pair of antennae on their heads used for sensing the environment, but arachnids do not possess these appendages.

Similarly, most insects have two pairs of wings used for flying, but arachnids are not capable of flight due to their lack of wings. This makes arachnids distinct from other classes of invertebrates as they have other body structures that can sense the environment, like the hairs on their body and legs, rather than antennae.

Arachnids are known for their wide array of locomotive adaptations. Phoresy is a type of adaptation used by some arachnid species to travel long distances without expending energy.

It involves the arachnid attaching itself to another organism, such as an insect or bird, and traveling around passively. Another adaptation is ballooning. This involves the arachnid releasing a single strand of silk or webbing into the air and allowing the wind to carry it far away from its original environment.

Arachnids have a hard outer covering on their back known as the carapace. It is made up of chitin and provides protection from predators, environmental hazards, and parasites.

The carapace can be smooth or bumpy, depending on the species of arachnid. Many species also have spines or hairs on the carapace, which can help them to blend in with their environment.