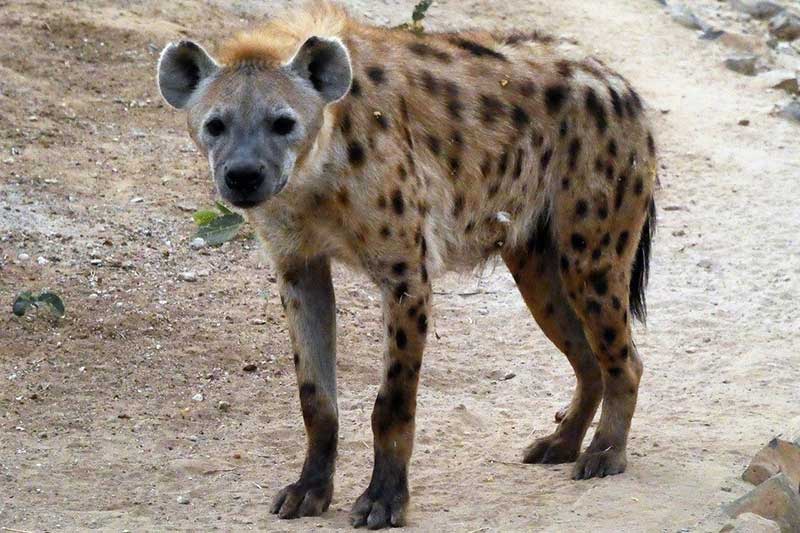 Hyenas are strange creatures. They look like dogs, and in some ways they act like dogs, but they also act like cats at times. These unique animals have captured the imaginations of people all of the world for years, but many don’t know anything about them. So, are Hyenas dogs or cats… or neither? In this article we’ll find out!

Are Hyenas Dogs or Cats?

Neither! Hyenas are hyenas. They aren’t dogs and they aren’t cats, they’re a unique family of mammals, Hyaenidae. Hyenas are more closely related to cats than to dogs, but they are still quite distinct, with their own evolutionary lineage.

Hyenas in the Fossil Record

The Hyena has been around for a long time. At one time, they ranged over much of the Earth and there were two distinct types of hyena, dog-like hyenas and bone-crushing hyenas. Each type had many different species and filled different ecological niches.

Hyenas are older than canines, but when the first species of canid began to spread they quickly started to outcompete the dog-like hyenas. All but one of the modern hyenas are bone-crushing hyenas. At one time, though dog-like hyenas were incredibly common, with some species outnumbering all other carnivores in their habitat. In addition to the arrival of canid species, severe climate change drove the extinction of most of the dog like hyena species.

There are four different species of hyenas alive today: the spotted hyena, the striped hyena, the brown hyena, and the aardwolf. 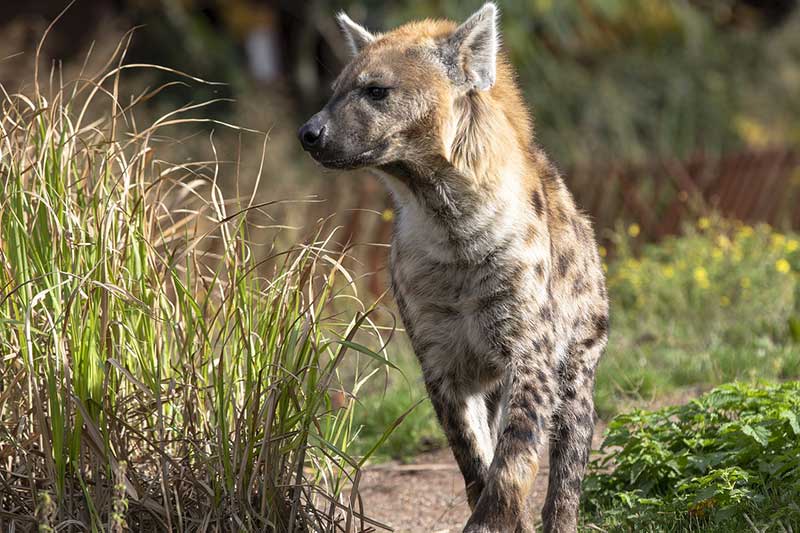 This is the animal you think of when you think of hyenas, and most people probably aren’t aware of any other hyena species. Spotted hyenas get all the attention because they’re the largest hyena species, and because of their often dramatic encounters with African lions. They are a species of bone-crushing hyena, but they’re unique in their ability to hunt and kill their own prey- other bone-crushing hyenas are pure scavengers.

Spotted hyenas will scavenge for food, but they’re far more likely to do their own hunting. It’s commonly believed that hyenas are scavengers who routinely steal food from lions, but in fact spotted hyenas prefer to hunt their own food, and lions frequently steal kills from hyenas.

At one time, they lived throughout Europe as well as Africa, but went extinct in Europe thousands of years ago as climate change altered the landscape. Now, they’re restricted to the plains of Africa.

Striped hyenas have the largest range of the modern hyenas, living everywhere from Morocco to India and in a large portion of sub-Saharan Africa. Even with such a large range, they’re very rare, with less then 10,000 animals remaining in the wild.

Unlike their spotted cousins, striped hyenas prefer to live alone or in pairs, and don’t like large groups. They’re also scavengers, like most of the bone-crushing hyenas of the distant past. They are capable of killing their own prey, but they rarely do so and only the largest hyenas of the Middle Eastern and Asian parts of the range have been known to hunt. African striped hyenas have never been documented killing their own prey, and are exclusively scavengers.

You may also like:  13 Interesting Facts About Baby Raccoons

In the Asian parts of its range, it has a strange relationship with the grey wolf. While it often feeds on the carcasses from wolf kills and competes with them directly, it also occasionally lives alongside them, sharing their dens. Striped hyenas have even been recorded traveling with wolf packs on rare occasions. 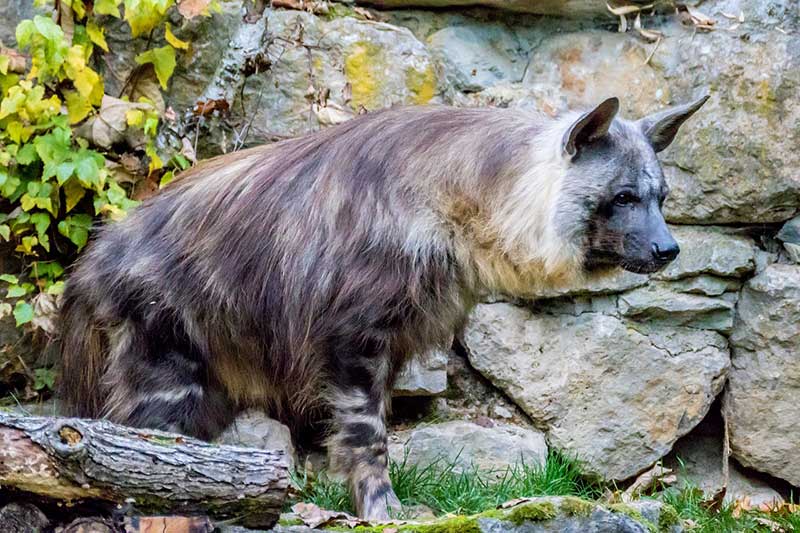 This extremely rare hyena lives in the stark deserts of southern Africa. They have a long, shaggy brown coat, and large, muscular heads. These hyenas are aggressive scavengers who will frequently chase cheetahs, leopards, and jackals away from their kills. Brown hyenas are the dominant predator in most of their range, as lions, African wild dogs, and spotted hyenas generally aren’t present in the same habitat.

Much like wolves, brown hyenas usually live in packs consisting of a mated pair and their offspring. Males typically leave and join other hyena families as they reach maturity while females tend to remain with the family they were born into.

Brown hyenas are persecuted by farmers who believe they are a threat to livestock. This belief is mistaken, since brown hyenas almost never kill their own prey. In the rare cases when they do make their own kills, the animals they kill are quite small.

The smallest of the hyenas, the aardwolf is also the only surviving species of dog-like hyenas. This means it lacks the incredible bite force and bone-crushing teeth that make other hyenas such effective scavengers, and they tend to hunt their own prey.

They look like a smaller, slender version of striped hyenas. Aardwolves are shy nocturnal animals that spend the daylight hours safely hidden in their burrows. They have a long, sticky tongue that they use to sweep up ants and especially termites, which are their favorite food.

Aardwolves live in southern and eastern Africa, and live in monogamous mated pairs. While they’re not commonly seen, aardwolves have a robust population and aren’t in danger of extinction.

As you can see, hyenas are a fascinating group of mammals with several different species, each with its own unique characteristics. Hyenas once lived all over the world, filling many different ecological niches. They most often lived as the top predators within their habitat, or the biggest, baddest scavengers around, depending on the species.

Today, hyenas are found only in Africa and Asia, but they’re still incredible, unique creatures in their own right. Whether it’s the tiny, termite-loving aardwolf or the fearsome spotted hyena, these iconic animals are like no other creature. So while they might look like a combination of a dog and a cat, when it comes to the common question of “are hyenas dogs or cats” the answer is unequivocally neither. They are in a family of their own.