Some of the animals on this particular list are cute and adorable in their own way. However, as adorable some of them may seem, there is a dark secret that they all share; they all kill other animals just for the fun of it. Of course, each predator has its own way of killing its prey for food to survive. However, they may also kill for sport, for jealousy, and mating. Killing animals for the fun of it is unnecessary with no purpose what so ever other than a sense of enjoyment. In this article we’ll take a closer look at some of these animals that kill for fun.

Reasons for killing for jealousy and mating sometimes coincide. For instance, when a male animal is jealous of a baby animal for taking all its mothers’ attention away from the male, the male animal will kill the infant to free the mother for mating reasons, sometimes even right in front of the mother. Many animals will kill for one of those reasons.

In no particular order we have put together 12 animals that have killed just for the fun of it, also known as surplus killing.

Animals that Kill for Fun Household cats are well known to be, playful, lovable, and most love to be snuggled. Cats are among the list that will kill for fun because they love catching, then pawing, and playing with a mouse until it is dead. In some cases, they will tear the mouse open and leave it as a present for their owner to find. This behavior isn’t limited to feral cats either, house cats exhibit this behavior as well.

Don’t let the sweetness of the name fool you. Honey Badgers are ruthless and love to kill more than what they need to survive for fun. It has been reported that Honey badgers will enter a henhouse or the like and kill many chickens while only eating a few. Killing for fun is something the Honey Badger does quite frequently. We all know that lions are a predator who will kill anything they can eat; however, it is also known that lions will kill birds such as Doves just for the thrill of it, much like the house cat with its small prey. Lions do not typically eat the dove, they just like to chase, play, and then kill the dove.

This category of animals that kill for fun also includes Orcas, the largest species in the dolphin family. Orcas are also known as Killer Whales, even though they aren’t actually whales.

You may also like:  16 Examples of Oviparous Animals (With Pictures) 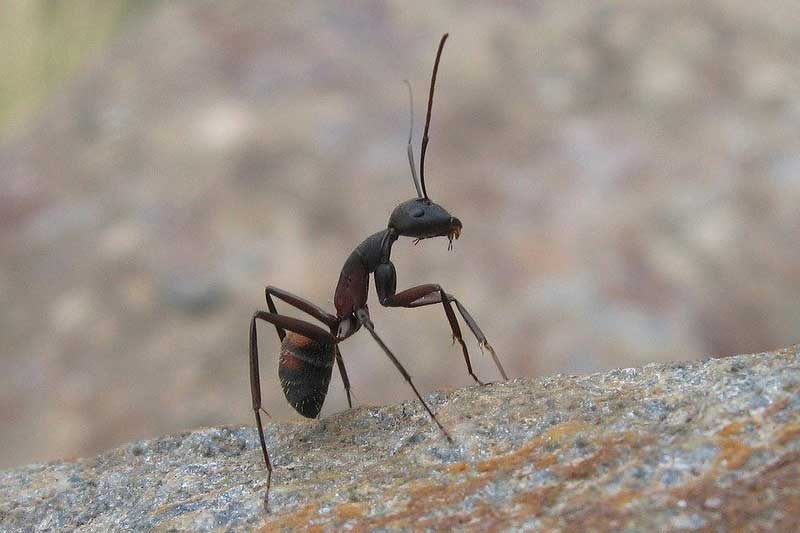 Insects that like to kill for the fun of it are ants. Turf wars happen when opposing ant colonies rival for land. The winning ant colonies will then capture other ants and their eggs and work them until their death. Then the ants will feast on the bodies of the dead ants, or sometimes they will even eat other enslaved live ants. Who doesn’t love the majestic Elephant with its magnificent strength and gentleness? Some of these herbivore pachyderms are not as cute and innocent as they seem. It is known that some elephants were reported to killing Rhinoceroses. The elephant did not eat the rhinoceroses, but to just simply murdered them. There were even reports of some elephants raping the rhinoceroses first. Cuckoo birds are born natural killers. As soon as the eggs hatch, they get rid of the host eggs by sending them over the edge of the nest, and then they wait to be taken care of by the host bird. If the host bird refuses to take care of the Cuckoo chicks, the mother Cuckoo bird then kills the host bird.

The Bluefish is an aggressive predator of the ocean that will kill just for the fun of it. Its diet ranges from squid to small fish; however, it will kill other fish and leave them untouched just because it can. Bluefish are very territorial and will even bite a human if they get too close to a school of potential prey. Leopards are known for killing prey for survival. Leopards are amongst several predators that will kill extra prey and drag them off for a later feeding or to bring back to their young. However, it is also known that Leopards will kill their prey of livestock and then leave them untouched. There is no other reason to kill and leave the livestock other than the fun of it. Spotted Hyenas usually hunt in packs and are very territorial. The pack will kill other animals to protect their food sources such as lionesses, lion cubs, and even other hyenas. There are even reports back in the ’60s of spotted hyenas attacking a group of gazelles. The ones the hyenas didn’t eat, they left injured to die a painful death.

Living up to its name, the Pirate spider first lures its victim by plucking the strings of the spiders’ web then takes what it wants. The plucking of the web imitates prey for the host spider. Once the spider is close enough, the Pirate Spider attacks and kills the host spider to take the web and sometimes eat the spider. There can’t be a list of animals that kill for fun without humans making the list as well. Humans can be kind, passionate, and caring, but then they can be downright killers. Not only do humans hunt for food or trophy hunt, but they also kill any living thing for different reasons including other humans just for the fun of it.