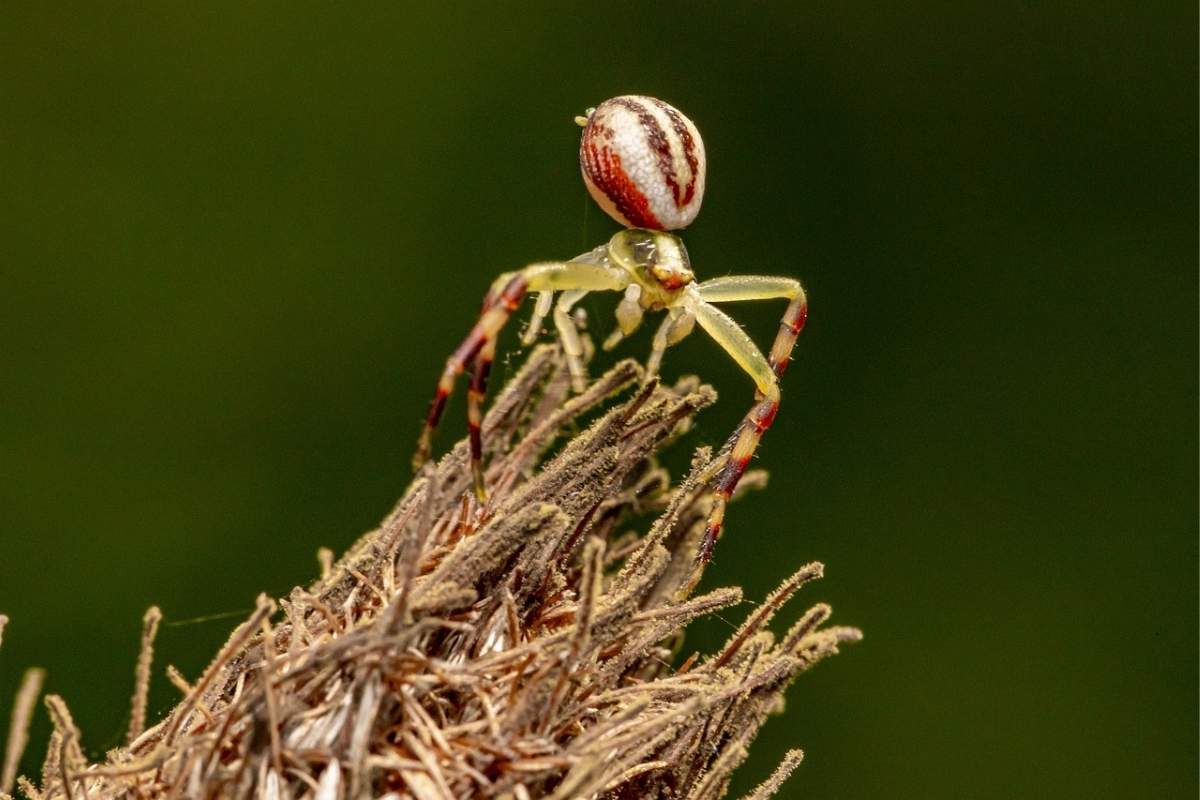 The parent-child relationship can be a magical thing. Parents often give their all to their children, and in some cases in the animal world, they literally give their all. Matriphagy is the term used when animals eat their mothers.

Luckily, fathers in the animal kingdom have it easier and are not consumed by their young, but many mothers sacrifice themselves to make sure their young are healthy and strong. While matriphagy is a rare occurrence, it does happen in several different species.

Matriphagy: the consumption of the mother by her offspring

6 Animals That Eat Their Parents

Black lace weavers are a nocturnal spider that originated in Europe. They can now also be found in North America and New Zealand. This arachnid ranges in size from 8 to 16 mm and is typically dark in color.

Black lace weavers mate in late summer and early fall. The females lay between 60 and 180 eggs in white sacs. The female guards these egg sacs very closely until it is time for her babies to emerge.

That is when things get interesting. Black lace weavers are matriphagous, meaning the young eat their mothers. Once a female’s babies have emerged, she lays another set of eggs called trophic eggs.

The sole purpose of these eggs is to feed her spiderlings. After the babies have devoured these eggs, they devour their own mother. It may seem like a brutal process, but it ensures the young will be as strong as possible and increase their chance of survival.

While many spiders are solitary creatures, the African social spider lives in large colonies with other spiders. This species is native to central and southern Africa. The colonies have a larger population of females, and even the unmated females help take care of the spiderlings.

All of the females in the colony catch prey, digest it and regurgitate it for the spiderlings to eat. When the spiderlings are a little older, the mothers start to self-digest using enzymes inside their bodies and sacrifice themselves to the baby spiders for nourishment.

There are over 1200 different species of crab spiders ranging in color and size. Crab spiders have two long front legs that they hold in a way that resembles a crab’s claws. These spiders are sexually dimorphic, meaning the males and females look different.

Like most spider species, the female is larger than the male. She is also responsible for the egg sacs after breeding. She guards them closely until they hatch, not taking time to hunt and catch prey.

Over this three-week period, the mother dies of starvation, so when the babies emerge from the sacs, they consume their mother for nourishment.

The desert spider grows between 12 and 15 millimeters in length and is native to the southern Mediterranean region of Europe. In spring, the females build sacs to place their eggs for safety. She guards them closely from predators like ants and male desert spiders that may dispose of her egg sac for a chance to mate with her.

During this time, the female’s insides start to liquefy and when the babies hatch, she vomits her liquified insides for them to consume. She continues this until she has nothing left, at which time she dies and makes the ultimate sacrifice. Her babies consume her dead body.

These amphibians have small snake-like heads and long bodies with rings like an earthworm. They reside underground and are rarely seen by people. Caecilians can secrete toxic mucous from their skin in self-defense, but for mothers, their skin serves a different purpose.

The babies swarm around her and peel off the outer layers of her skin for consumption. Scientists do not know if she simply doesn’t secrete the toxic mucous during this time or if the babies are immune to it. Either way, the babies thrive on their mother’s skin and after the babies leave her, she regrows her skin and continues on with life.

Hump earwigs are small, dark brown insects with a pair of pincers on the abdomen. The hump earwig has wings but rarely uses them, preferring to scuttle along the ground. Unlike many similar insects, earwigs take care of their eggs until they hatch and then until their second molt when they are ready to leave the nest.

She does not feed during this time and the process often kills her. In this case, her young, called nymphs, will consume her before leaving the nest.