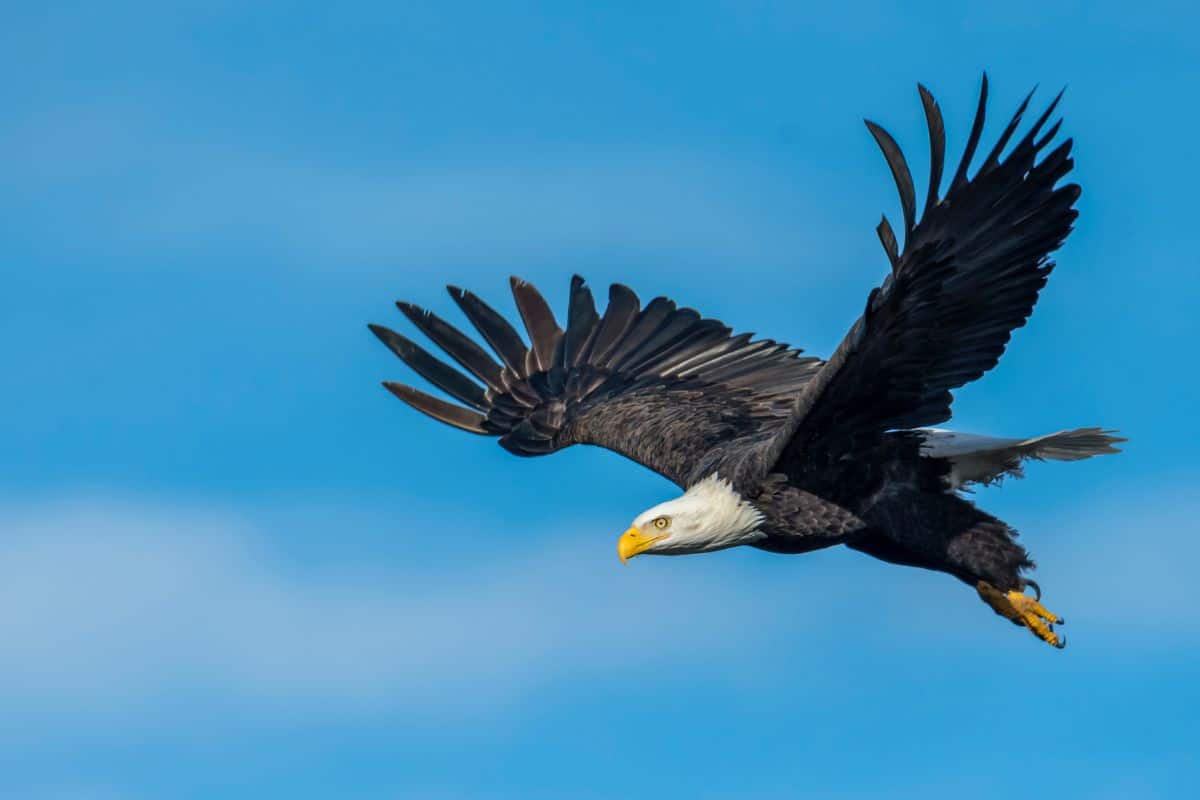 The rugged Pacific coast provides ideal habitat for many coastal birds, and the cold waters of the Pacific Ocean host all kinds of marine life. In this article, you’ll get a snapshot of some of the more commonly seen animals in the region of the country. Follow along as we talk more about animals of the Pacific Northwest.

12 Animals of the Pacific Northwest

North America’s Pacific Northwest (PNW) is one of the most diverse wilderness habitats on earth, and home to some of North America’s most iconic animals. Read on as we look at 12 of these species.

The orca, also known as the killer whale, is a predatory marine mammal. Orcas are found in the Pacific Northwest region and can be seen hunting in the Pacific Ocean.

Orcas are sociable animals and live in groups of up to 50 individuals or more. Families stay together and hunt together. They develop hunting strategies based on their environment.

These whales have been known to deploy similar hunting techniques to wolves in the way that they isolate prey, surround it, then move in for the kill.

The California sea lion is a common resident in PNW waters. Their habitat spans from the Pacific Coast of Mexico up to Canada.

Sea lions are highly sociable and live in large colonies. They often gather on man-made structures like buoys and piers.

They’re fast swimmers, reaching speeds of up to 30 miles per hour in the water. With this speed, sea lions are highly effective predators.

The rough-skinned newt is one of the more common amphibians found in the Pacific Northwest. This small creature is known for its rough skin and its toxins.

Newts live in woods and forested areas that contain lakes and ponds with aquatic plants. They eat small invertebrates such as spiders, worms, and insects.

Rough-skinned newts have specialized glands containing a venomous toxin. This is released when they feel threatened and is meant to ward off predators.

The humpback whale is one of the most iconic animals in the Pacific Northwest. These gentle giants can be found anywhere from the Gulf of Alaska to San Francisco Bay.

The PNW is home to two species of elk – Roosevelt elk and Rocky Mountain elk. Elk are one of the largest members of the deer family in North America.

Roosevelt elk weigh between 700 and 850 pounds. Rocky Mountain elk are generally 500 to 700 pounds. Olympic National Park in Washington state is home to the largest unmanaged elk herd in the world. Over 5,000 individuals make up this population.

The tufted puffin is a small seabird found in the Pacific Northwest. They’re recognizable by their yellow tuft and thick orange beak.

These birds are often seen soaring overhead near rocky coasts. Puffins usually migrate to isolated islands along the Pacific coast to breed.

Tufted puffins are prey for other larger birds. For example, they’re hunted by bald eagles and often fall prey to peregrine falcons.

The Pacific Northwest has two species of otters that inhabit the waters. River otters live in freshwater, and sea otters live in saltwater. Both are considered to be keystone species.

North American river otters are the only river otter north of Mexico. They are found in the freshwater rivers of Washington, Oregon, and British Columbia.

North American sea otters spend less time on land than their freshwater cousins. Instead, they are found in the Pacific waters off the coast.

The western is a subspecies of the painted turtle and is found in the Pacific Northwest. They are brightly colored, almost painted looking, with orange and yellow stripes.

Western painted turtles feed on small aquatic animals and insects. They live in freshwater and prefer shallow areas with places to bask.

In winter, they burrow in the mud at the bottom of a pond. As a result, they can slow their metabolism and body functions to survive freezing temperatures and stay until Spring.

Once on the verge of extinction, bald eagle populations have recovered in the PNW and reached numbers in the hundreds. Bald eagles are some of the largest birds of prey in the region. Their wingspan can measure up to seven feet.

The bald eagle can spot a fish over a mile away in the water. They can reach upwards of 100 miles per hour when they swoop down to catch their prey from the water.

Marmots burrow and live in underground colonies. They’re very sociable, playing and vocalizing with each other. They eat mostly plants and are especially fond of flowers and flowering plants.

Most marmots will hibernate through the winter. They will sleep during the cold months, emerging in Spring, having lost half their body weight.

Green sturgeon are anadromous, which means they can live in both saltwater and freshwater. This fish has eight to ten sharp scutes on its back, making them look like a dinosaur.

Green sturgeon will migrate from salt water to freshwater during specific times in their life cycle. They also migrate for spawning.

Sturgeon reach sexual maturity at around 15 years old and have a lifespan of up to 70 years or more. They return every 3 to 5 years to their natal waters to spawn. 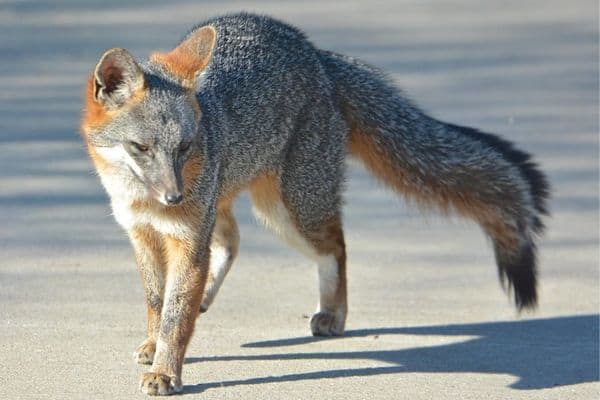 Gray foxes are common predators in the Pacific Northwest. They compete with coyotes, wolves, bears, and other smaller predators for food in the region.

Shy and nocturnal, gray foxes hunt prey under the cover of darkness. They feed on small mammals like rabbits and other rodents.

Gray foxes are some of the only canids that can climb trees. They will jump from branch to branch when hunting.