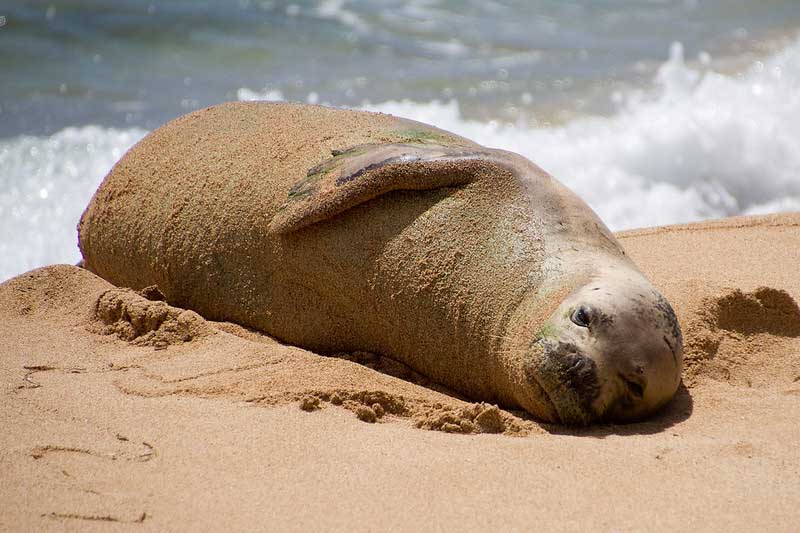 Like many island chains, Hawaii’s native ecosystem is delicate as a result of the millions of years of isolation. Introduced species almost always become invasive, and many of the native species in Hawaii are already extinct. In this article we’re going to look at some native animals in Hawaii, and learn some interesting facts about them.

Many of Hawaii’s endemic native species are endangered, although many of them are beginning to make a comeback as strict conservation methods are enforced. Still, the future of Hawaii’s native animals is uncertain.

Let’s learn about, and see some pictures of a few of these amazing animals.

These species are all native to Hawaii, though some of them can be found in other places. Most of them however, are endemic to Hawaii and can’t be found anywhere else in the world. Their ancestors migrated to the islands across huge expanses of open water, and made a home in a place that many recognize as a paradise.

T​he only non-terrestrial mammal native to Hawaii, the Hawaiian hoary bat can be found on all of the major islands of Hawaii. They eat mainly moths and beetles, but they’ll consume any insect they can catch. These bats, like most bats, are nocturnal and use echolocation to find their prey.

Hoary bats are solitary, so they con’t form the large bat colonies that are so common on the mainland. They roost in trees, rather than caves, and because they live alone and are secretive in nature, not much is known about their breeding or social habits. They are an endangered species, largely due to human influence on their environment. 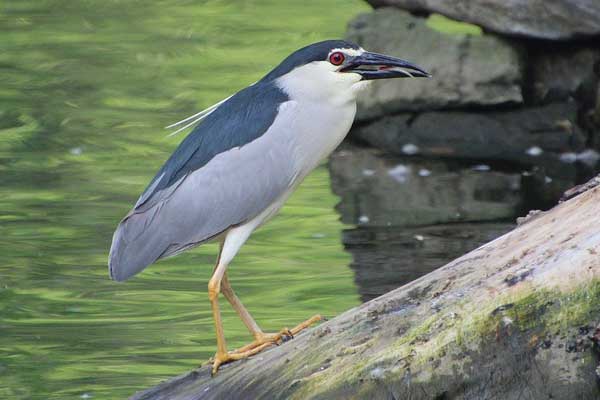 T​his widespread bird lives on every continent except Australia and Antarctica, and it’s native to Hawaii, as well. They’re drawn to wetlands, both in fresh and saltwater environments, where they can find fish in abundance. They been observed using bait to draw fish closer to them.

A​s their name suggests, they’re more active at night than during the day, and they spend the daylight hours resting in trees where they’re safer from predators, including humans. Compared to most herons, night herons have a stocky build with short necks.

These large sea birds were once found on all major Hawaiian islands, but today can mainly be found on Maui in the Haleakala crater, although very small populations exist in a few other spots throughout the islands. Squid are their favorite food, comprising over 50% of their diet.

All introduced invasive species in the Hawaiian islands; Feral cats, Asian mongoose, and rats are the biggest threats to petrels. Cats will kill adult birds, but mongoose and rats target eggs and hatchlings. Petrels, like many native Hawaiian birds, nest on the ground since there are no native ground predators that can threaten them. As a result, they’re extremely vulnerable to these invasive predators.

Closely related to the mallard, the Hawaiian duck is monochromatic and non-migratory, which is unusual for ducks. In fact, both male and female Hawaiian ducks could be easily mistaken for a female Mallard. The males have a slightly darker head and neck, but this is the only noticeable difference.

Habitat loss is one of the biggest reasons that Hawaiian ducks are endangered, although conservation efforts are underway. This species is capable of interbreeding with mallards, which also poses a risk, as the introduction of mallards could effectively breed the Hawaiian duck out of existence.

T​his shorebird lives mainly in freshwater areas, although saltwater lagoons also make good habitat for them. The Makalawena marsh on the Big Island has been identified as one of the most important remaining habitats for them, and so it’s been set aside as a wildlife preserve in order to protect the species.

I​n addition to habitat loss, the Hawaiian coot is also threatened by predation from the Asian mongoose, an invasive introduced species that is especially dangerous when the coots are nesting. Mongoose routinely eat coot eggs and hatchlings, which is devastating for their population. 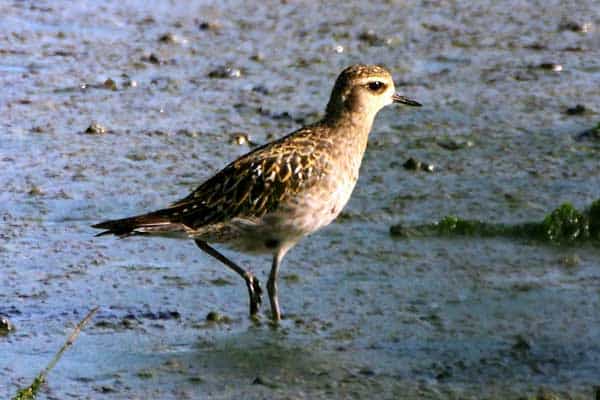 Found on both sides of the Pacific, migrating from Arctic tundra to tropical shores, the Pacific golden plover is a very common shorebird that spends its winters in Hawaii. They eat invertebrates and crustaceans, and are usually seen on tidal flats wading through shallow water, hunting for food.

While they are native to Hawaii, they are not exclusively Hawaiian, and so the many environmental factors that have endangered most Hawaiian species haven’t endangered the plover.

T​he monk seal dives deep into coral beds to hunt for fish, lobster, squid and octopus. They rest on the beaches of the Northwest Hawaiian islands, avoiding areas with large human populations. While still endangered, the monk seal population appears to be slowly growing, with a small but growing population returning to the main islands.

One of two birds of prey native to Hawaii, the Hawaiian hawk is only found on the Big Island. It was at one time found throughout the island chain, but it was extirpated from the other islands in prehistoric times. It would have originally fed only on birds, but now that animals like rats and mongoose have been introduced these form a significant part of it’s diet.

T​he Hawaiian hawk is not endangered, but it is considered threatened. The biggest threats to the hawk are habitat loss, illegal shootings, and vehicle collisions.

Another one of the native animals in Hawaii, and the only other bird of prey is the pueo. It’s a species of short-eared owl native to grasslands throughout the Hawaiian Islands. The population appears to be in decline, but it is not yet considered endangered or threatened.

Because they nest on the ground, their eggs and hatchlings are vulnerable to rats and mongooses, although the adults can kill these predators, which has helped prevent the species from suffering as much as other native birds. In addition, they are heavily affected by light pollution.

You may also like:  Bald Eagle Population Estimates (For 49 U.S. States)