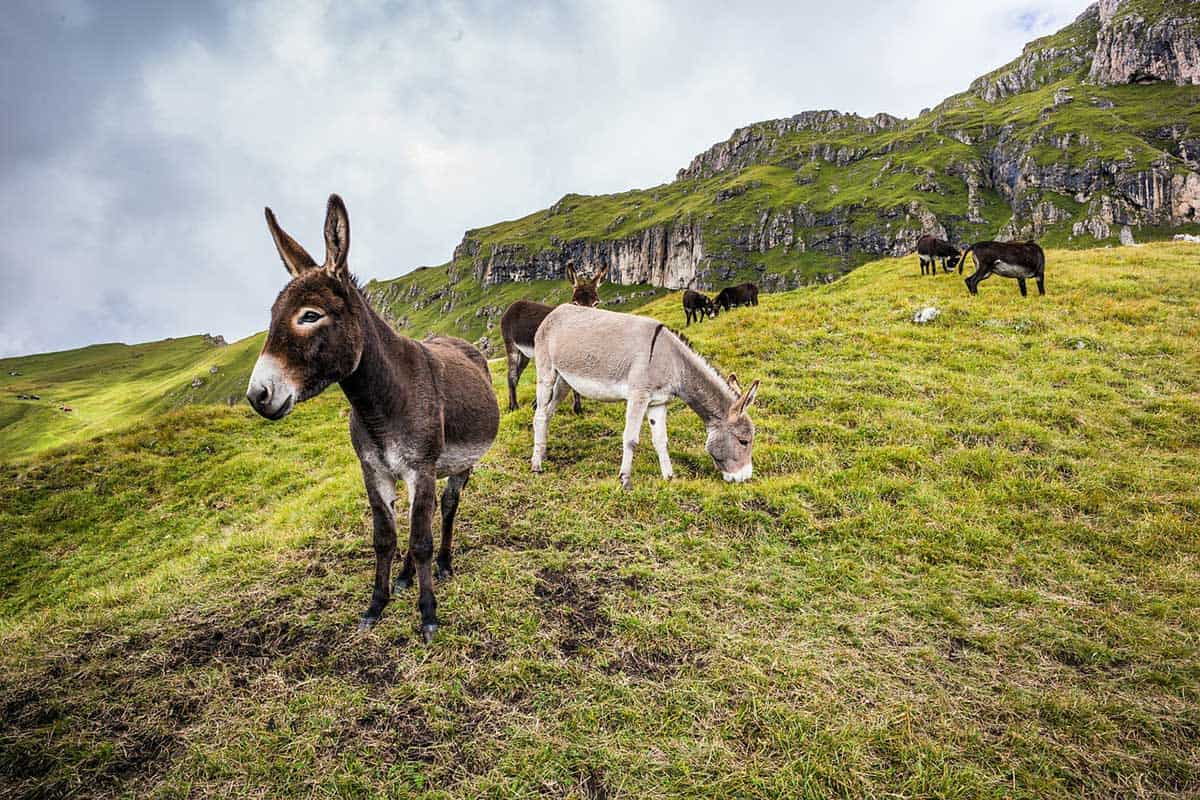 11 Hybrid Animals That Are Real

A liger is a hybrid species that occurs when a male lion mates with a tigress. Tigers are native to Asia and lions are native to Africa, which means natural breeding between the two species is not possible. Ligers often grow to be much bigger than either parent, which can cause problems for the tigress during gestation and potentially be life-threatening.

Ligers suffer from a condition called “gigantism”, which causes them to continuously grow and their organs cannot keep up, causing them to have a short lifespan. The largest liger in the world is named Hercules and weighs in at approximately 900 pounds (408 kg).

Tigons are similar to ligers as they are a hybrid of a lion and tiger. The only difference is a tigon is produced by a male tiger breeding with a lioness. As stated before, lions and tigers do not breed naturally because they are native to two different continents, therefore tigons are bred in captivity with only one naturally occurring tigon documented in India. Tigons have more tiger-like features as they possess faint stripes or spots and their body shape resembles a tiger more than a lion.

A grolar bear, also called a pizzly, is a cross between a polar bear and grizzly bear. The first known grolar bear was discovered in the wild in the Northwest Territories of Canada. As climate change increases temperatures and destroys the sea ice habitats of polar bears, they are forced to travel further inland for food. In the process, polar bears are more likely to encounter grizzly bears that live in northernmost regions.

They are not yet common, but with Arctic sea ice melting rapidly due to rising temperatures, pizzly bear populations are expected to rise. This may actually help part of the Polar Bear species population survive, as grizzly bears are capable of hunting and fishing for a wider variety of food sources.

Beefalo are purposefully bred because of their desired characteristics by beef and milk farmers. Beefalo are considered to be highly adaptive to different climates and have greater fertility and milking abilities. A true, high-quality beefalo is considered to be three eighths bison and five eighths domestic cattle.

The Zonkey sounds exactly like what you would expect this hybrid species to be: a zebra mixed with a donkey. Zebras and donkeys are both a part of the Equidae family, but wild breeding between the two is a very rare occurrence.

However, there have been a number of zonkeys birthed by zebras. In Kenya, Africa, a Zebra that frequented a community had mated with a donkey in the area and gave birth to the hybrid species. Zonkeys are generally light brown in color with faint stripes on the body and more prominent black-and-white stripes on the legs.

You may also like:  Here are 12 of the Largest Snakes in the World

The first narluga hybrid species discovered was in Greenland by an Inuit hunter. The species is a mix between a male beluga whale and a female narwhal. The hunter found the skull to the species and Canadian scientists found that the study offered great insight into the biology of the two species and how they interact with each other. The narluga skull did not possess a single tusk like a narwhal does and the shape was a cross between the narrowness of a beluga head and flatness of a narwhal skull.

Wholphins are a hybrid species produced by a bottlenose dolphin and false killer whale. These two species are closely related and belong to the same family, Delphinidae, which allows them to breed with each other. Little research has been conducted on whether dolphins and false killer whales breed in the wild, but they are capable of doing so in captivity.

The Sea Life Park in Hawaii is home to a wholphin named Kekaimalu, born in May 1985. Scientists previously thought wholphins were infertile until Kekaimalu gave birth to a baby wholphin in 2005.

Often referred to as the Coywolf, eastern coyotes are a hybrid species produced by a coyote and a wolf. Coyotes and wolves are very closely related and both belong to the genus Canis.

Eastern wolves and western coyotes within the Great Lakes region near Ontario have been known to breed and create coywolves. Eastern coyotes typically have reddish-brown fur with gray coloration on their face and a bushy tail.

Perhaps one of the more common hybrid species is the Mule. A mule is the result of a male donkey and female horse breeding. On the contrary, if a male horse were to mate with a female donkey, it would be called a hinny. Mules are sterile, meaning they are unable to produce their own offspring. Mules are known for their vigor and are often used as work animals on farms around the world.

Geeps are a mix between a goat and a sheep. Goats and sheep are typically kept separate on farms and generally do not mate with each other when mixed. However, there have been instances of sheep-goat breeding such as the Geep that was born on a babydoll sheep breeding farm. Geeps tend to have soft, fluffy fur that is longer than goat fur and less compacted than thick sheep wool.

One of the more rare hybrid bird species is the Swoose. This bird is a cross-breed of a goose and a swan. Swans are typically all white with a black patch that covers the front of their face with an orange beak.

Geese are gray and black birds that are generally smaller than a swan. The Swoose has a mix of swan and goose feathers and may have a white neck with a grayish-black body.

How Do Hybrid Species Occur?

Naturally occurring hybrid species are quite rare. Certain animals are solitary, while others live in communities within their own species. Sometimes animals that have similar genes are able to reproduce outside of their specific species or subspecies.

Hybrid offspring tend to have a shorter lifespan than their parents depending on the species and most are infertile. Species that would never interact in the wild that produce hybrid species are done so by backyard breeders and typically have a lot of health issues.

You may also like:  13 Animals with Long Legs (Pictures, Measurements)