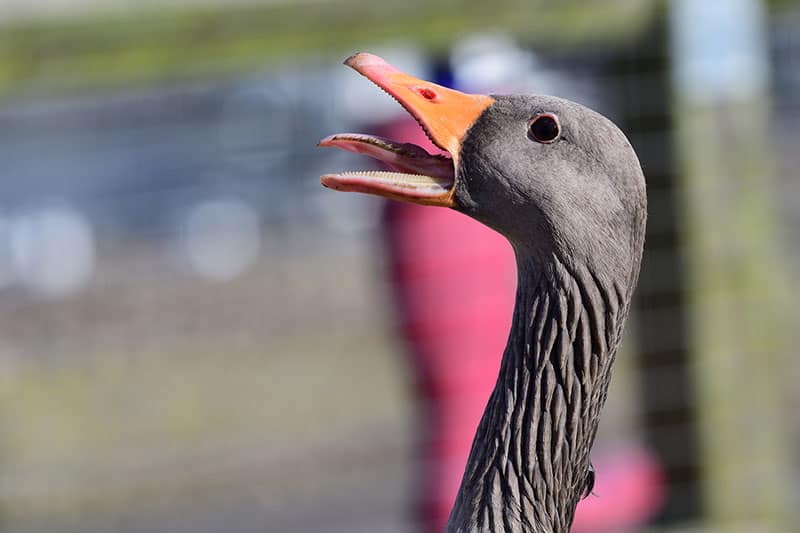 Birds don’t have teeth. We all know that birds have beaks instead of teeth. That’s why it’s so shocking when we see a close-up of a goose’s beak and tongue and see…teeth. Or, at least, it definitely looks like they have teeth. Whatever it is, it raises a lot of questions. Questions such as: do geese have teeth on their tongues?

In this article we’ll answer this question as well as a few others. 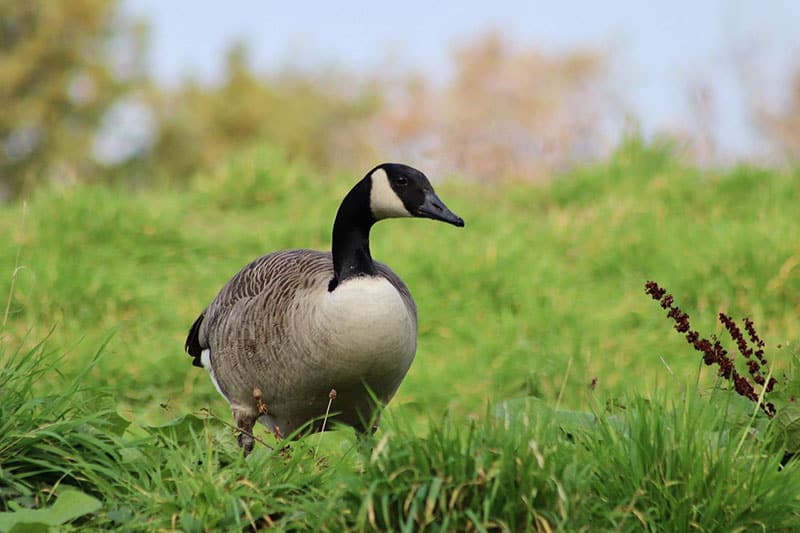 Do Geese Have Teeth On Their Tongue?

Geese are birds and as we mentioned, birds do not have teeth. However they do have tomia. These tomia are made out of cartilage and are part of the tongue and beak rather than being separate body parts. But, in form and function, they’re much like our teeth.

They don’t have any enamel and they aren’t made of bone, so they aren’t quite as tough and durable as real teeth, but they do the same job. They allow geese and other beaked animals (birds and turtles) to cut and tear their food.

Very sharp, yes. While they’re made of cartilage, they’re very hard and sharp. This tooth-like cartilage is designed for ripping through grass and aquatic vegetation, and even small animals. Since geese can’t chew their food, they need to be able to rip it into small pieces before they swallow it. Geese can actually draw blood if they bite you, and they will bite when they feel threatened. 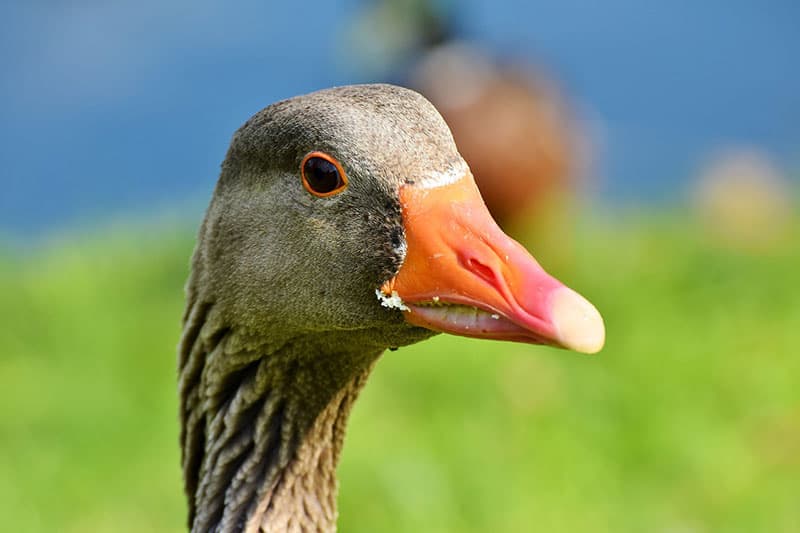 Why do geese have these tomia on their tongue?

Tongues certainly seem like an odd place to put these tomia, but there are good reasons for it. Geese most eat grasses, grains, roots, and other tough low-growing vegetation. That means they need to be able to grip it, and tear it or uproot it before they can eat it. Doing that with a smooth beak would be very hard and inefficient. The ridges lining their tongue allows them to grip the grass much better and can also help to tear it up so the geese can swallow it.

Geese aren’t exclusively plant eaters, either. They eat small insects and rodents, and their tomia help with that too. The spiky ridges along their tongue make it much easier to hold a struggling insect that’s trying to get away.

Why are geese so aggressive?

There are many reasons why geese are aggressive, but there are two main factors. First, geese are very territorial. They don’t like anything or anyone in their space, and during breeding season when they have nests full of eggs or goslings they won’t hesitate to attack a potential threat.

The second factor is that geese are used to humans. Geese have been around us for a long time, and, especially in urban environments they have largely lost their fear of humans. They may not want people in their territory, but they don’t see as being dangerous enough that they shouldn’t attack us.

Will a goose bite me?

Geese are shockingly aggressive. It’s common to assume the geese are just big ducks, and that they’ll behave like ducks, but these are very different birds. Geese are bigger, tougher, and more aggressive than ducks. Stray too close to their nest and they’ll likely chase you away, hissing like a snake.

You may also like:  8 Species of Owls in New Jersey (Pictures)

A goose will definitely bite you if it feels that you’re a threat. And remember, those tomia they have can do some damage. You definitely don’t want to get bitten by a goose.

How can I avoid a goose attack?

“Goose attack” doesn’t sound all that serious, until it happens to you. Having a goose charging at you is a lot more unsettling than you’d think, especially because it’s not an animal that we’re taught to treat as dangerous. And, of course, you now know that geese have teeth-like tomia and they can cause some damage if they bite you.

So, if you want to avoid being the subject of a “goose attack” viral video, here’s what to do:

You now know that geese something teeth-like in their mouth, and they’re actually aggressive enough to use them. Geese are beautiful birds to watch, but it’s best to observe from a distance. If you’re close enough to see their tomia, you’re probably too close.