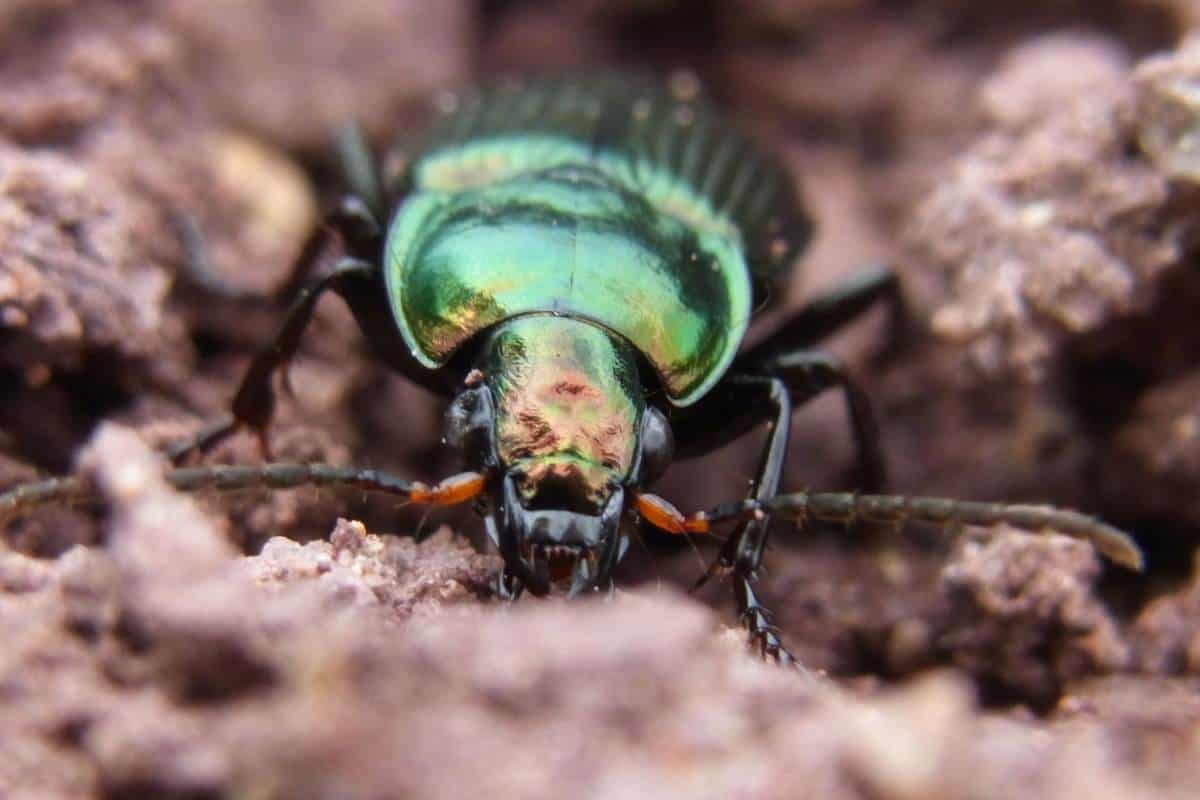 Termites build their nests by excavating tunnels in the soil. They are also a major problem for homeowners because they can cause extensive damage to wood in homes.

Bumble bees are also known for their large size and their ability to burrow underground. They live in underground colonies that can contain up to 400 bees.

Fire ants build their nests in the soil and can create large colonies with hundreds of thousands of members. These ants are very aggressive and will attack any perceived threat. They also have a very painful sting.

Antlions are actually the larval stage of a type of winged insect called a lacewing. They will burrow at the bottom of a pit they dig to wait for an unsuspecting victim. When an ant or other small insect falls into the pit, the antlion grabs it with its powerful jaws and devours it.

Cicadas are known to spend most of their lives underground, only coming to the surface to mate. When they emerge, they do so in large numbers.

Mole crickets are a type of burrowing insect that is known for their tunnels underground. Although they are considered pests by some, mole crickets actually help aerate the soil and provide beneficial nutrients to plants.

Mining bees are solitary, meaning that they live and work alone. They get their common name from their habit of excavating nesting burrows in the ground. They are generally not aggressive.

Springtails are very small insects that burrow in the ground. They get their name from the tail-like appendage that they have on their hind end.

Most everyone is familiar with the ground-nesting yellowjacket wasps. These pests are notorious for their painful stings and are recognizable by their black and yellow striped pattern on their bodies.

The red harvester ant is one species that has perfected the art of burrowing. Their nests can reach depths of up to six feet and can span more than 100 yards in length!

Cricket Hunter Wasps will sting and drag a cricket back to their burrow where they lay their eggs on it. The larvae will then feed on the cricket until they are ready to pupate. Once the larvae have pupated, the adult wasps will emerge and begin the hunt anew.

Digger bees are a type of bee that burrows underground. They are solitary bees, meaning they live alone and do not have a hive or colony. They are generally not aggressive.

You may also like:  10 Animals That Eat Rose Bushes (With Pictures)

The cicada killer wasp is a large, solitary wasp that preys on cicadas. These wasps burrow into the ground.

A female will lay her eggs inside a cicada nymph, which she has paralyzed with her sting. When the eggs hatch, the larvae will feed on the cicada nymph until they are ready to pupate.

Burrowing bugs are a type of little beetle-like insect that lives underground. They burrow into the ground to find food and shelter, and they rarely surface unless to migrate to another area.

Ground beetles are a type of insect that burrows underground. There are thousands of different species of ground beetle found all over the world.

The Giant Burrowing Cockroach is a large, flightless cockroach native to Australia. Growing up to 7.5 cm long, it is one of the largest cockroaches in the world.

Digger wasps are solitary wasps that build their nests by burrowing into the ground. They are in the same family as mud daubers. They are not very aggressive and tend to mind their own business.

These beetles can be found in many different parts of the world. Dung Beetles are attracted to fresh dung and will burrow into it to lay their eggs. They also move dung back to their underground burrows.

Great Black Wasps make their homes in underground burrows. These burrows can be up to 6 feet deep, and can contain several chambers where the wasps live and raise their young.

The Asian giant hornet is one of the largest species of hornet in the world. They burrow underground by digging their own holes or occupying tunnels that are already constructed.

The Elm Sawfly is a small, black and yellow wasp-like insect that attacks elm trees. The female sawfly lays her eggs on the underside of elm leaves.  Leaves fall onto the ground where the larvae burrow for the winter.

Grub worms are the larvae of some types of beetles that burrows underground. They are often found in gardens and lawns, where they feast on the roots of plants.

Rainbow Scarab is a dung beetle that is brightly colored with a metallic sheen. The beetle is attracted to fresh manure, where it lays its eggs. They burrow into underground tunnels and chambers.

Fungus gnats are small, dark-colored insects that live in soil and feed on decaying organic matter. They often live in damp environments where fungi grow and burrow in the damp soil.

Sand wasps burrow underground in sandy deserts to build its nest. They are solitary, and live and work alone. Females will construct their nests by digging a tunnel in the sand with their mandibles, or mouthparts.

Katydids are another type of insect that can be found burrowing underground. These insects are usually found in areas with a lot of vegetation.

These aphids are small, wingless insects that feed on the roots of plants. They are often found in gardens and can be a serious pest of crops.

You may also like:  22 Animals That Start With C (Pictures & Facts)

Earwigs are insects that burrow underground. They are not harmful to humans and they do not invade your ears while you’re sleeping.

A soft-shell tick is a pesky insect that burrows underground. These ticks can be a nuisance and carry diseases, so it is important to be aware of them.

The Tarantula Hawk Wasp gets its name from its diet. These wasps hunt tarantulas and other large spiders, paralyzing them with their sting before dragging them back to their burrows.