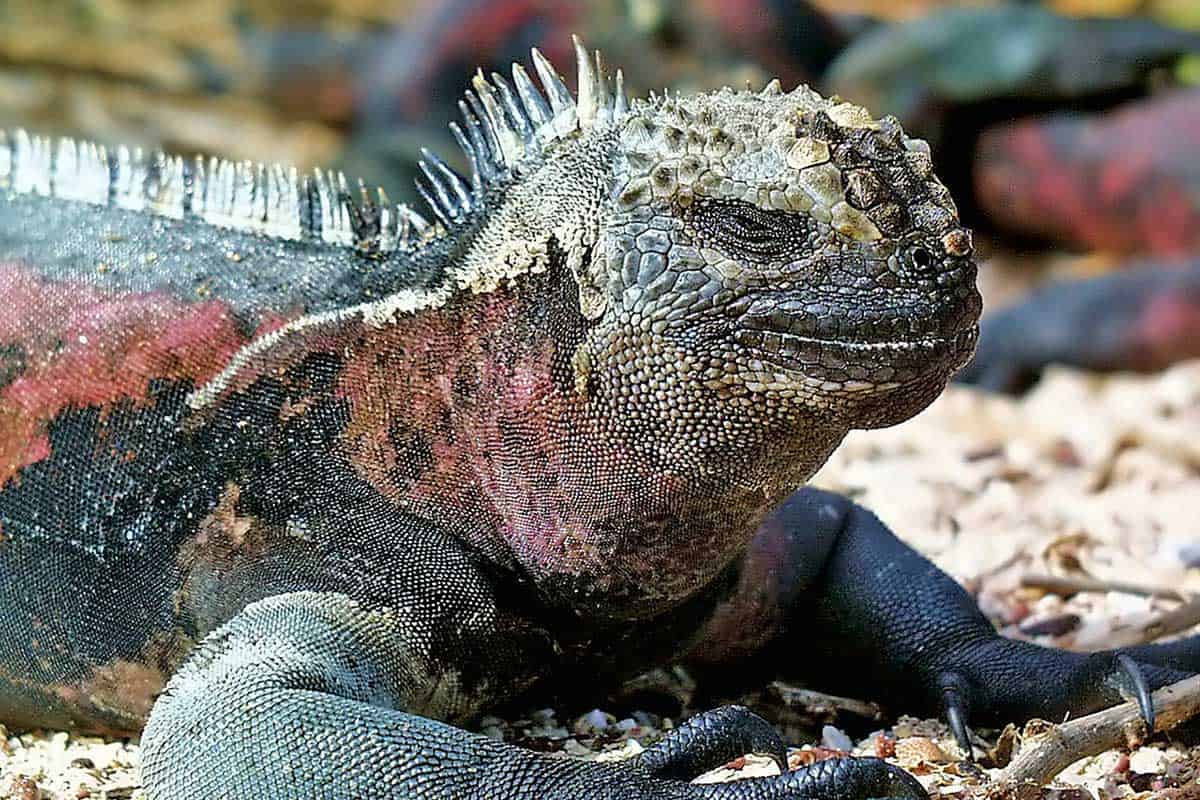 The marine iguana is one of nature’s most interesting species of reptile. They are unique in so many ways that we decided to put together a list of some of the more notable facts about marine iguanas for you.

Read on to learn about these amazing animals that can do some extraordinary things!

1. There are species of crocodilians and monitors that live in brackish water, but marine iguanas are the only marine species of lizard in the world that have fully adapted to life in the ocean.

2. These unique iguanas are endemic to the Galapagos Islands, meaning they can be found no where else in the world.

3. Marine iguanas can dive up to 100 feet deep where they remain underwater for up to 30 minutes while searching for food. 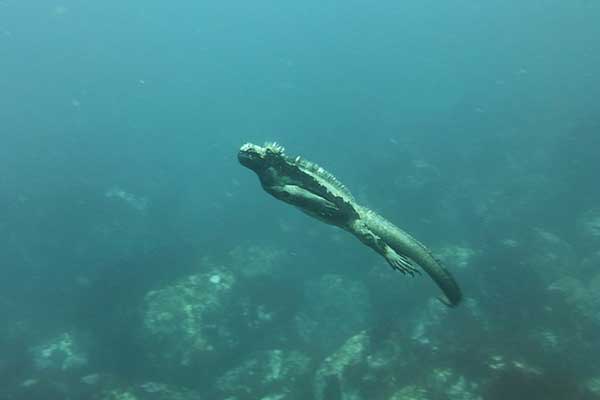 4. These herbivores feed exclusively on algae found on the rocky shores and underwater.

5. The males can grow to 4.3 feet and the females reach lengths of about 2 feet. Females are attracted to larger males and will usually choose them as a mate.

6. Due to all the swimming in a salt rich environment they must expel the excess salt using a specialized salt gland, so they are often seen sneezing salt in a large spray that comes out of their nose. They must do this to prevent dehydration.

7. Marine iguanas are not endangered but are considered vulnerable to extinction. They are threatened by climate change as well as invasive species on certain islands.

8. It’s believed that marine iguanas were once land iguanas that adapted to life in the ocean around 4.5 million years ago.

9. Although they are named marine iguanas, marine iguanas are actually still considered terrestrial and spend most of their time lounging on the rocks on the shores where they warm themselves.

10. Marine iguanas have the unique ability to shrink themselves in length and overall size by as much as 20% during times of food scarcity.

11. One of the main predators of the marine iguana are sharks, that can detect an animals heartbeat from 13 feet away. Another extraordinary survival adaption of marine iguanas is that they are able to actually stop their hearts for up to a full minute, allowing them to remain undetected. Once the danger has passed they can restart their hearts and go about their day!

12. Marine iguanas are generally very peaceful and docile, but during mating season the males become highly aggressive and territorial over females.

13. These marine reptiles are widespread on most of the Galapagos islands and can live in colonies that number up to 1000. They are often seen “dogpiling” which is simply piling on top of one another to share body heat.

14. Females are sexually mature at 3-5 years old and males are at 6-8 years of age. Marine iguanas begin mating as early as December and females begin laying eggs between January and April. Females lay 1-6 eggs in the sand, defend their burrows for a few days, the allow them to self-incubate for 3-4 months.

You may also like:  What Do Leatherback Sea Turtles Eat?

15. It’s unknown exactly how many marine iguanas exist in the wild, but it’s estimated there are somewhere between fifty thousand and several hundred thousand.

16. They have formed a symbiotic relationship with mockingbirds on the islands who warn them if hawks are nearby, a predator of marine iguanas.