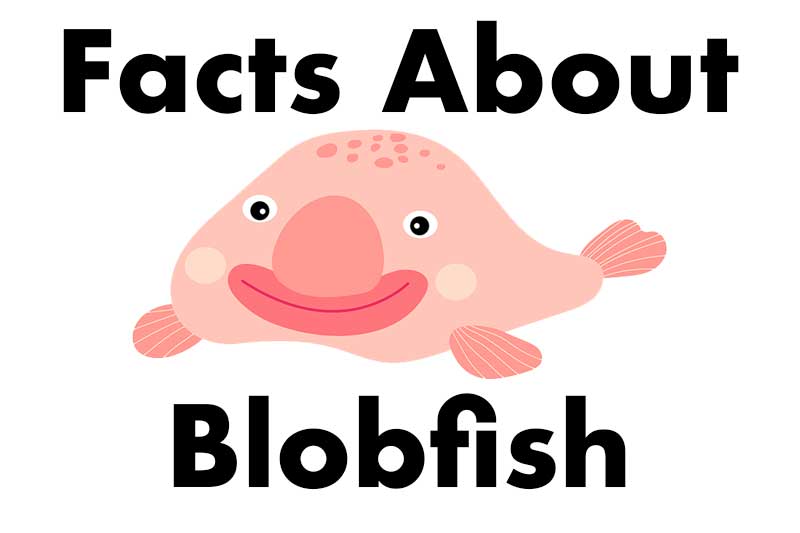 Maybe it’s because they are considered one of the world’s ugliest animals, but most people don’t know many facts about blobfish. These unusual-looking fish call the deep sea their home, and belong to the Psychrolutes genus, which consists of 11 recognized species, according to FishBase. Despite not being well known by most, the blobfish has become a pop culture phenomenon and wiggled its blobby-self into the hearts of many.

Don’t worry if you’re not up on the ins and outs of these funny-looking fish. The following 11 facts about blobfish will get you caught up to speed on this unique creature.

In 2013, The Ugly Animal Preservation Society created a contest to help raise awareness about endangered animals. The contest asked people to vote for the ugliest animal, which would then become the society’s mascot. Out of over 3,000 votes, the blobfish got 795, making it the winner of the contest.

When in its natural environment, the blobfish looks like a normal aquatic animal. It isn’t until they are taken out of the water that they look like a sad, blobby mess. Blobfish call the deep depths of the ocean, about 2000 to 4000 feet below the surface of the ocean, its home.

The pressure this far below the surface of the ocean is around 120 times more than that on land. This extreme pressure is what gives the fish its structural support. So when the blobfish is taken out of these depths, they kinda deflate and collapse, giving them their blobbish appearance.

While their exact life expectancy is not actually known, fish that live in the deep ocean typically have longer lives than those that live in shallower water. In fact, it is common for deep sea creatures to live for 100 or more years. This is due to their slow growth rate and lack of predators. Because of this, scientists speculate that blobfish have a life expectancy of over 100 years.

As the blobfish floats above the ocean floor, they consume crustaceans, sea urchins, mollusks, and crabs as they pass over them. This means they don’t have to hunt and only have to open their mouth to eat.

One of the most obvious facts about blobfish is that they are pretty much blobs, as the name suggests. It doesn’t have bones or muscles, which is ideal for the depths at which it lives. But above the ocean surface, this results in a droopy and saggy-looking creature.

Their gelatin-like body has a pinkish gray color, and they weigh in at about 20 pounds. They are native to the Atlantic Ocean, Indian Ocean, and Pacific Ocean.

6. Humans Are The Blobfish’s Biggest Threat

One of the benefits of living in the deep sea is the lack of predators. This means the blobfish has little to no predators in its natural environment. They are not completely safe, however, and the main threat to them is humans.

When fisherman are out trawling, which is a fishing method that uses a net pulled behind a boat, they often unknowingly catch blobfish. And when they pull the nets up, any blobfish that are alive die due to the pressure.

7. We Don’t Know Much About Blobfish

Despite first discovering the blobfish in 2003, along with over 100 other aquatic species, not much is known about this deep sea creature. It was once even considered endangered, though that is no longer the consensus, according to the Smithsonian Magazine.

What we do know about blobfish is that they are rarely encountered while still alive. This is because they live so deep below the surface of the ocean. The ones that we do find are already dead, having been dredged up by fishing nets that are dragged along the bottom of the ocean. Even if the blobfish is caught in the net alive, the fish dies by the time it reaches sea level due to not being able to survive the air pressure.

8. Blobfish Don’t Have A Swim Bladder

If they did, they wouldn’t be able to survive in the deep sea since the pressure at the depths in which they live would cause the bladder to burst. What little buoyancy the blobfish has comes from its gelatinous skin.

Female blobfish will lay thousands of eggs on the ocean floor and then hover over them until they hatch, according to the Columbia Daily Tribune. It is not uncommon for several female blobfish to nest next to one another, though scientists are still unsure as to why this is. Some theorize it is because they nest in areas with sinking water, which means a stream of warm water and more food.

When the first blobfish was discovered in 2003 off the coast of New Zealand, the crew aboard the ship named it Mr. Blobby. The body of Mr. Blobby was originally placed in a jar filled with formaldehyde, though that is no longer the case. It has since been persevered in 70-percent ethyl alcohol.

11. Blobfish Are Popular In Pop Culture

There has been a wide array of blobfish merchandise created, including stuffed animals, earrings, toys, and clothing. Michael Hearst, an author and musician, even created a song entitled ‘Blobfish’ that was inspired by the aesthetically challenged animal. There have also been memes created featuring the blobfish.